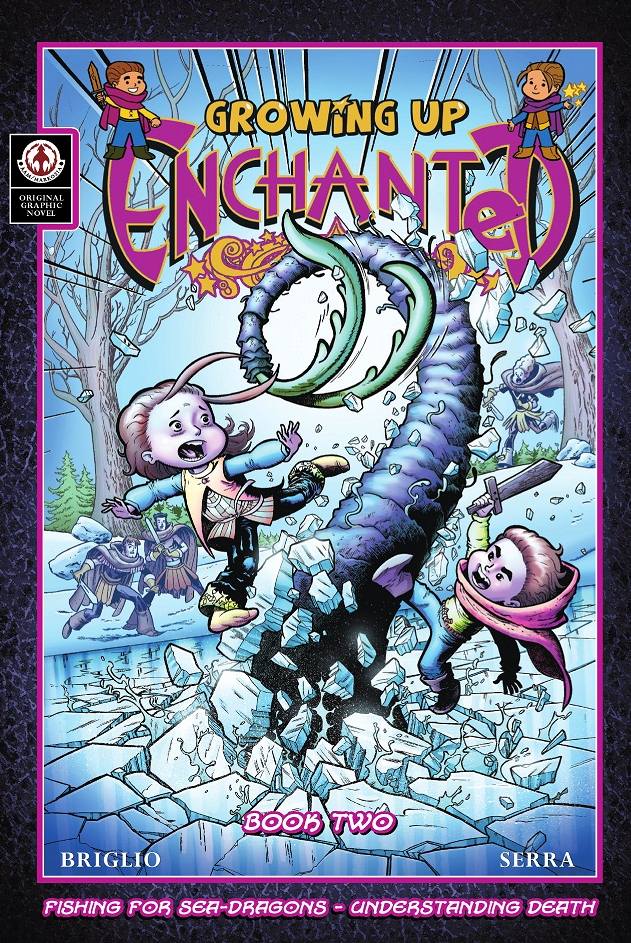 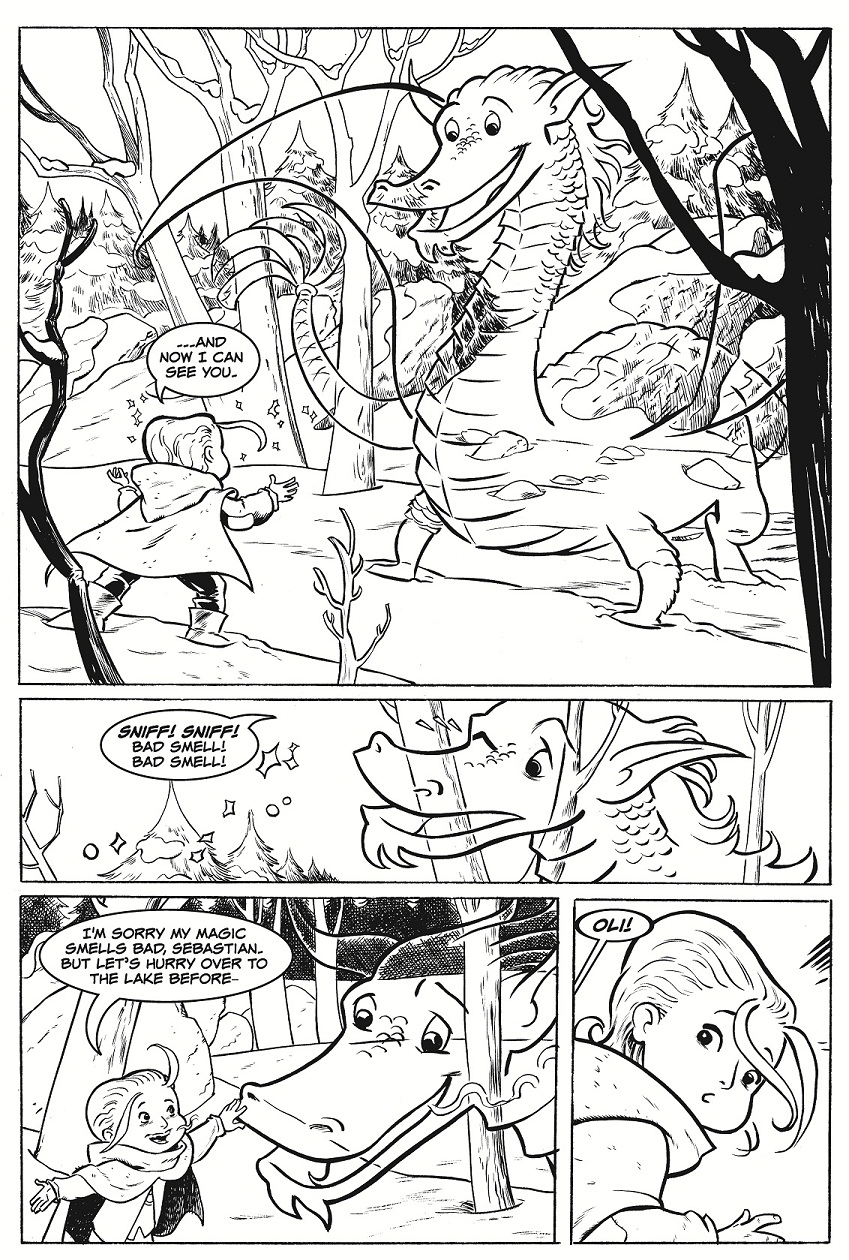 Jack Briglio and Alexander Serra introduced a convincing all-ages fantasy world in Fighting Bullies, Hunting Dragons, centred on young Oli and her family. She supplies the enchantment of the title, capable of magic, but not without it being accompanied by a foul smell. She’s been told she shouldn’t use the magic in public, although in a society where there are dragons, trolls and giants, the reasons weren’t previously clarified. Here we learn that her mother doesn’t want her to become dependent on it. Oli’s father is famed dragon hunter Panas, but of greater concern to Oli is the nuisance of her younger brother Anto. As before, their adventures are cut through with the activities of three knights whose intentions rank higher than their capabilities.

At issue this time are the activities of a water dragon hunting creatures in the area, and possibly a threat to children. Oli’s concern is that her dragon friend Sebastian is too obtrusive even though he can turn invisible, and might be mistaken for a threat.

We saw dragons last time around, more noble than savage, but this time Serra is able to astound and thrill with his pages of an angry dragon on the rampage. His panels barely contain the dragon in places, and the scenery he illustrates so well is filled with danger and foreboding. Serra’s also good at drawing the people, especially the young children wearing their hearts on their sleeves. One only has to look at them to know what they’re feeling.

This is a second very readable outing for Growing Up Enchanted. Parents may figure out where some parts of the story are heading, but will also be surprised on occasion, while children should lap up the danger and thrills. With one exception Briglio’s mindful of the age group he’s aiming at, so ensures the comedy relief of the inept knights breaks up scenes that might otherwise be a little too scary. The title mentions death, and the way it’s dealt with is a mis-step, as it introduces death as a real concept, not just something handled as a fairy tale abstract. As the events could have been told without the mentions, they’d have been better dropped from an all-ages story.

Another slight drawback is the pages being bound too tightly into the spine, meaning panel edges and the occasional word of dialogue are lost. Everything else is well handled and drawn with beauty and charm. 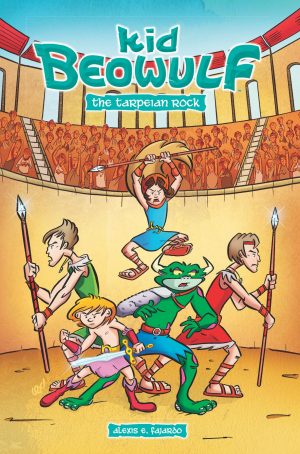