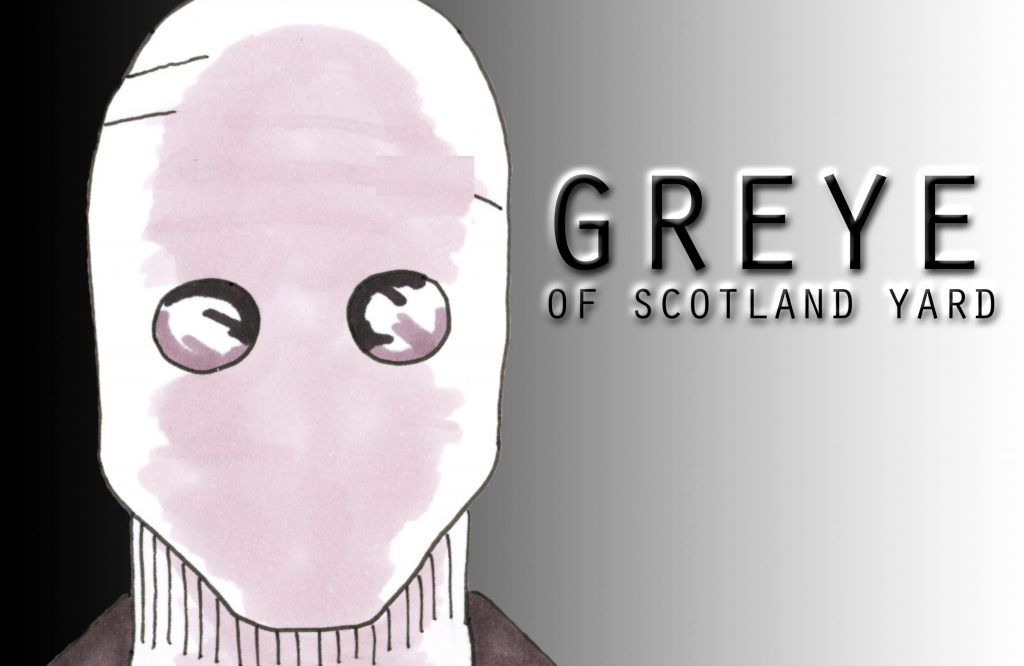 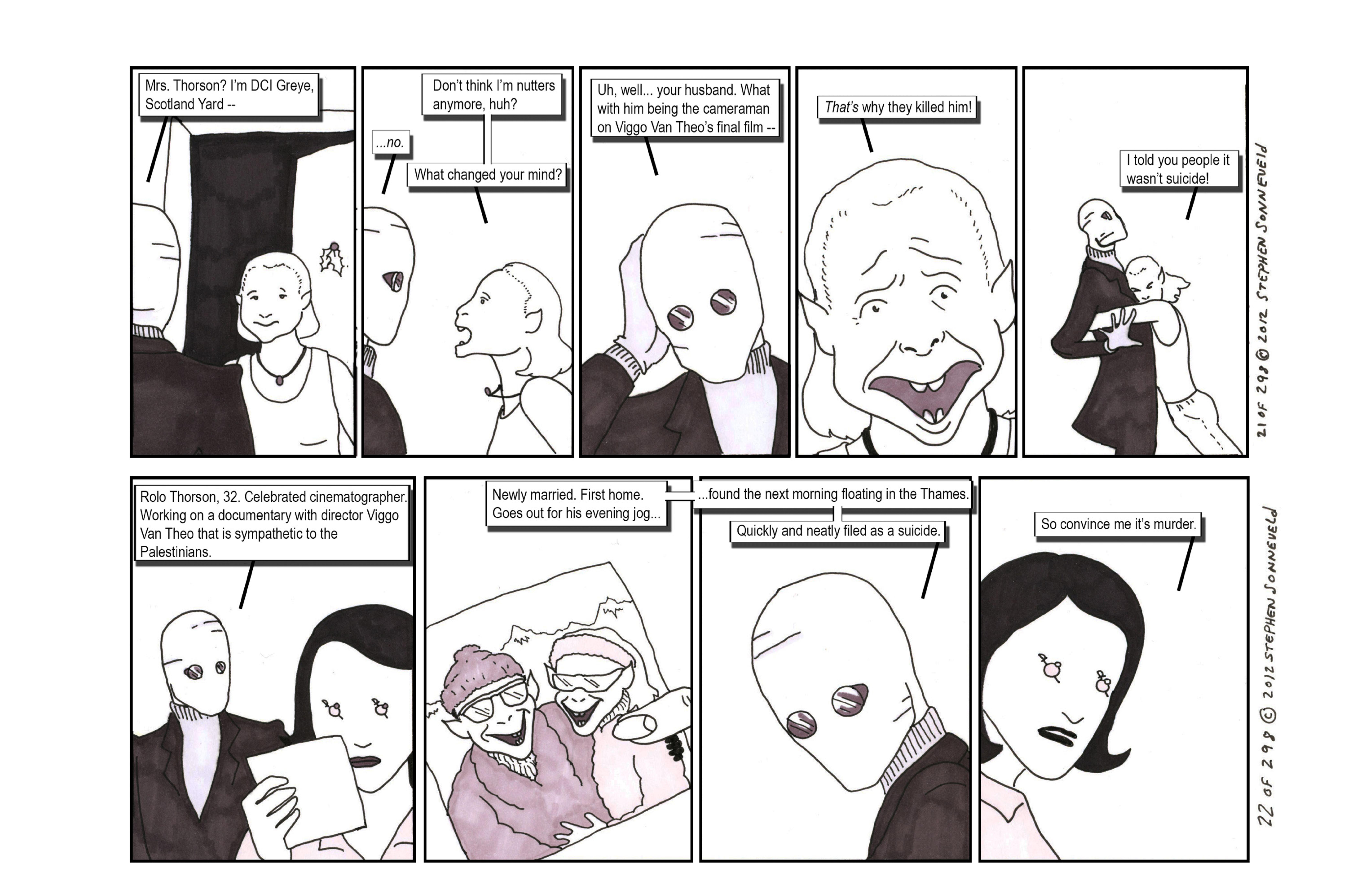 Stephen Sonneveld’s Greye of Scotland Yard is visually surreal, yet features solid procedural crime investigation plots. Inspector Greye himself is the nearest to a standard looking character, despite having his face wrapped in bandages while recovering from severe burns, interacting with a range of individuals more suited to monster comics, some allies, some friends, some enemies.

Greye is a downbeat and stoic type, accepting obstacles thrown at him while pursuing a doggedly individual path irrespective of orders. A strong sense of justice characterises his actions, and he’s surrounded by interesting people to play off over the five investigations collected. They chart Sonneveld’s growth as a writer. He certainly jumps in with his boots on via the opening contribution’s debates about Iran and Israel, and how far either nation is attempting to influence debates and policy in other countries. Given the hysterical tone of discussions in 2018 it’s a brave and commendable move, but also one that slips into lecturing. The stories improve when Sonneveld’s not also getting something off his chest.

Greye of Scotland Yard possibly started life as a continuing web comic, as the format is to move the story forward via tiers of four panels at a time rather than conventional comics pages. It’s an ambitious format for a newcomer, yet Sonneveld masters it rapidly, progressing his stories with every section and ensuring enough content within the three or four panels. The inherent downside is a lack of visual variety. It’s rare that a panel contains anything beyond a face or figure, and perhaps the reason for the distinctive character designs in what could be real world stories is a method of distraction. Some of those designs, however, are phenomenal, a shady wrestling promoter with a partially separated head reunited by by piercings very memorable.

Each of the five stories has a different tone, ranging from crimes on a large scale with arch references to those with a more ordinary resolution once everything has fallen into place. Sonneveld also avoids the traditional path for Greye, sending him on a very some strange journey, which keeps the material fresh and by questioning Greye’s sanity there’s always an uncertainty. That extends to a quite brilliant and unexpected ending.

Greye of Scotland Yard is well written, an unsentimentally impressive first outing, but a talent for design notwithstanding, Sonneveld would be better partnering with an artist for future projects. This isn’t available in printed form, but is a bargain on Comixology.