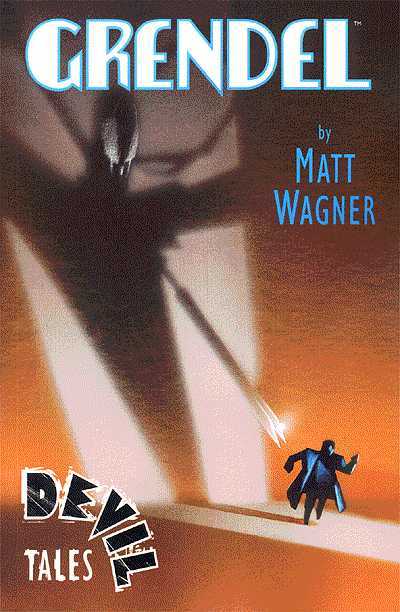 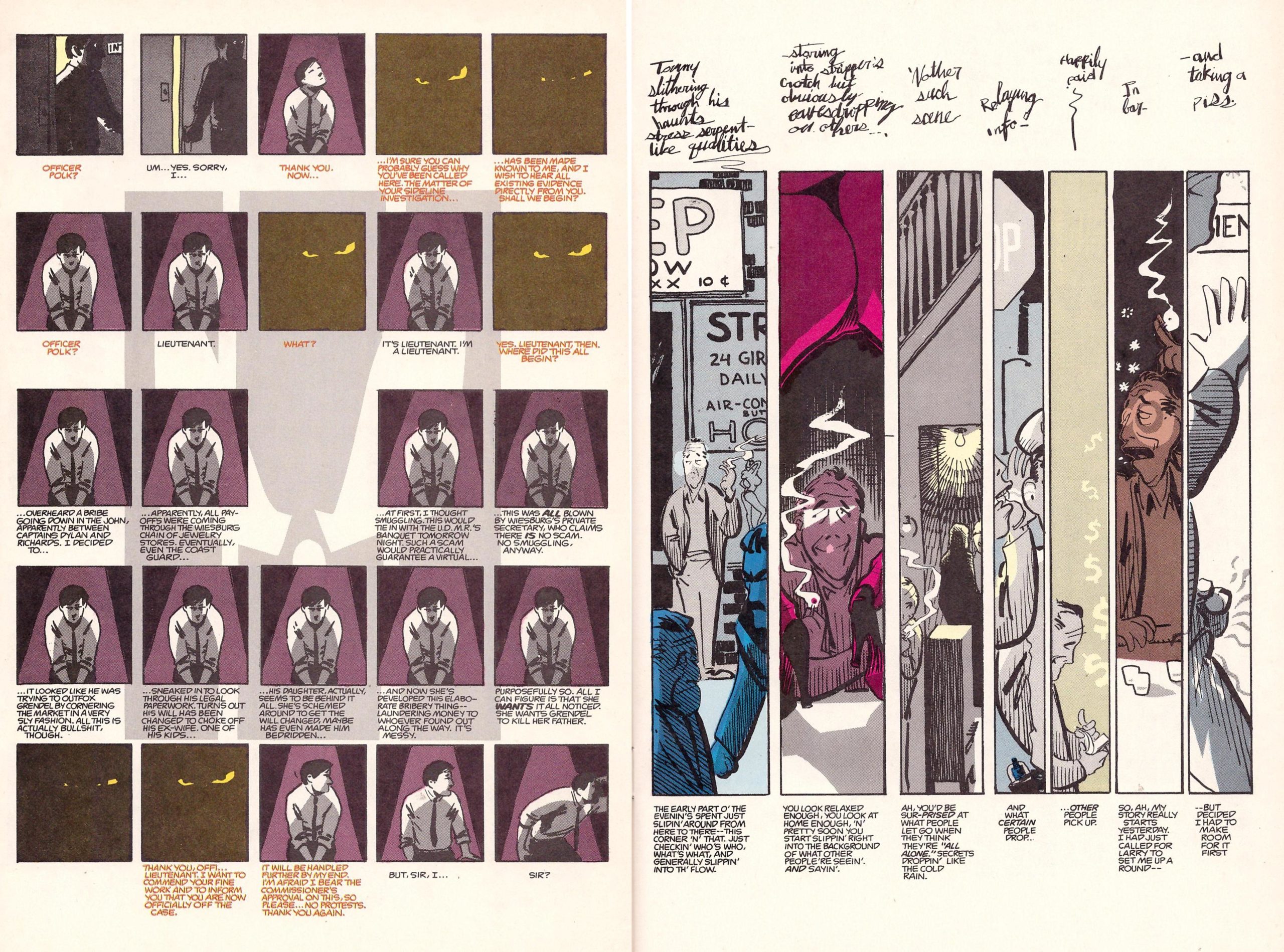 Grendel Tales may seem a very slim volume, and indeed only contains a pair of two part stories, but because Matt Wagner chose to tell these stories experimentally there’s a reading time provided far longer than a superhero graphic novel of equivalent length.

Wagner’s first offering concerns Lewis Polk, an honest New York cop who discovers by chance that his Captain is taking bribes. Months of covert surveillance on Polk’s part reveal patterns, but no great sense, and the implicated become an ever larger group. This is almost exclusively told via 25 small panels per page with text and dialogue beneath, while the second story is broken down into a series of vertical panels, up to seven on a page, varying artistic styles employed within. The most obvious artistic influence is the looseness of Harvey Kurtzman, but other touches resonate, like Steve Ditko’s use of sound effects and Bernard Krigstein’s methods of claustrophobia.

Even beyond the format, both stories transmit as intellectual exercises for Wagner. The first challenge is to engross an audience expecting to see Grendel when Grendel barely appears. Polk’s a dogged cop following a labyrinthine trail, and it’s not simple to follow the threads. Persistence pays off for Polk, to some degree at least, and for readers. Clever storytelling devices are peppered throughout, an example being the sample page with Grendel’s shadow in the middle. Starting with a single box this has gradually grown over the previous several pages, the symbolism increasing as Grendel becomes more aware of Polk’s activities. Discounting the shadow, Grendel himself only appears in seven of the 48 pages, but they’re pivotal.

Tommy Nuncio is a career crook of the minor variety, his personality neatly encapsulated when he explains “there’s quite a nice buck to be made by guys who aren’t seen, let me tell you right now”. Wagner always defines vocal patterns well, and Nuncio reads completely differently to Polk. It’s important that he’s distinct, as beyond a few intrusions from a newspaper article his narrative covers the entire story. Well almost, as Wagner also tops the panels with his panel breakdown notes, seemingly to no great purpose other than filling space. Nuncio’s story is one of a mistake made, and the consequences of that, mounting paranoia and fear. It’s mood piece, and successful as such, but there’s an inevitability about it also, and that makes it less satisfying, although the art is tremendous.

Both these stories are now more easily found in the second Grendel Omnibus, but the stark and muted colour here has been replaced by something far brighter, which changes the mood of Nuncio’s story especially.