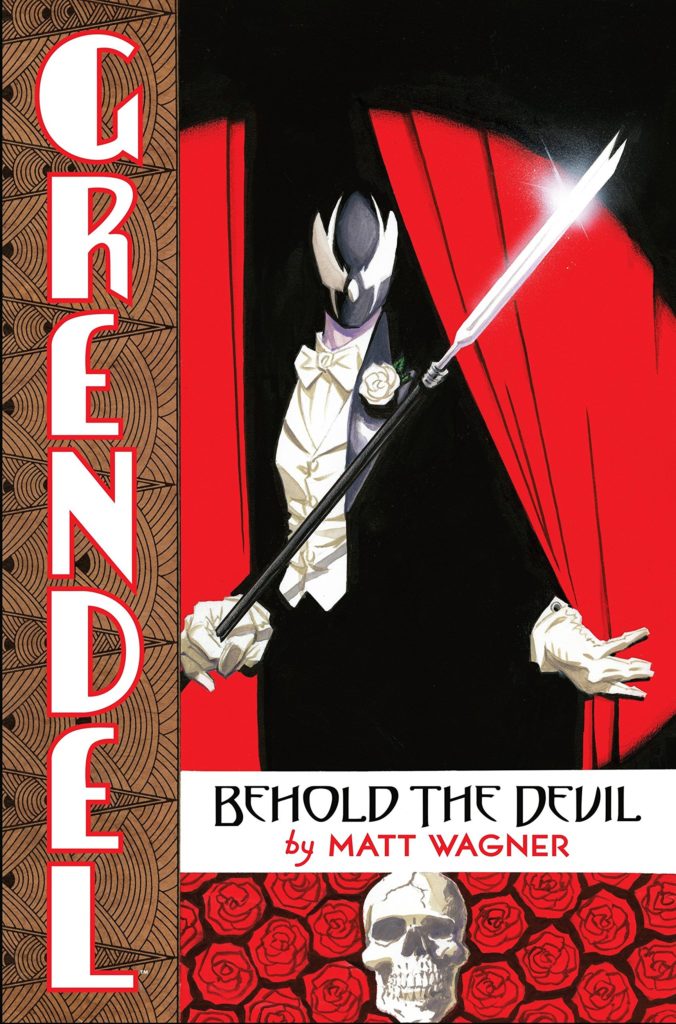 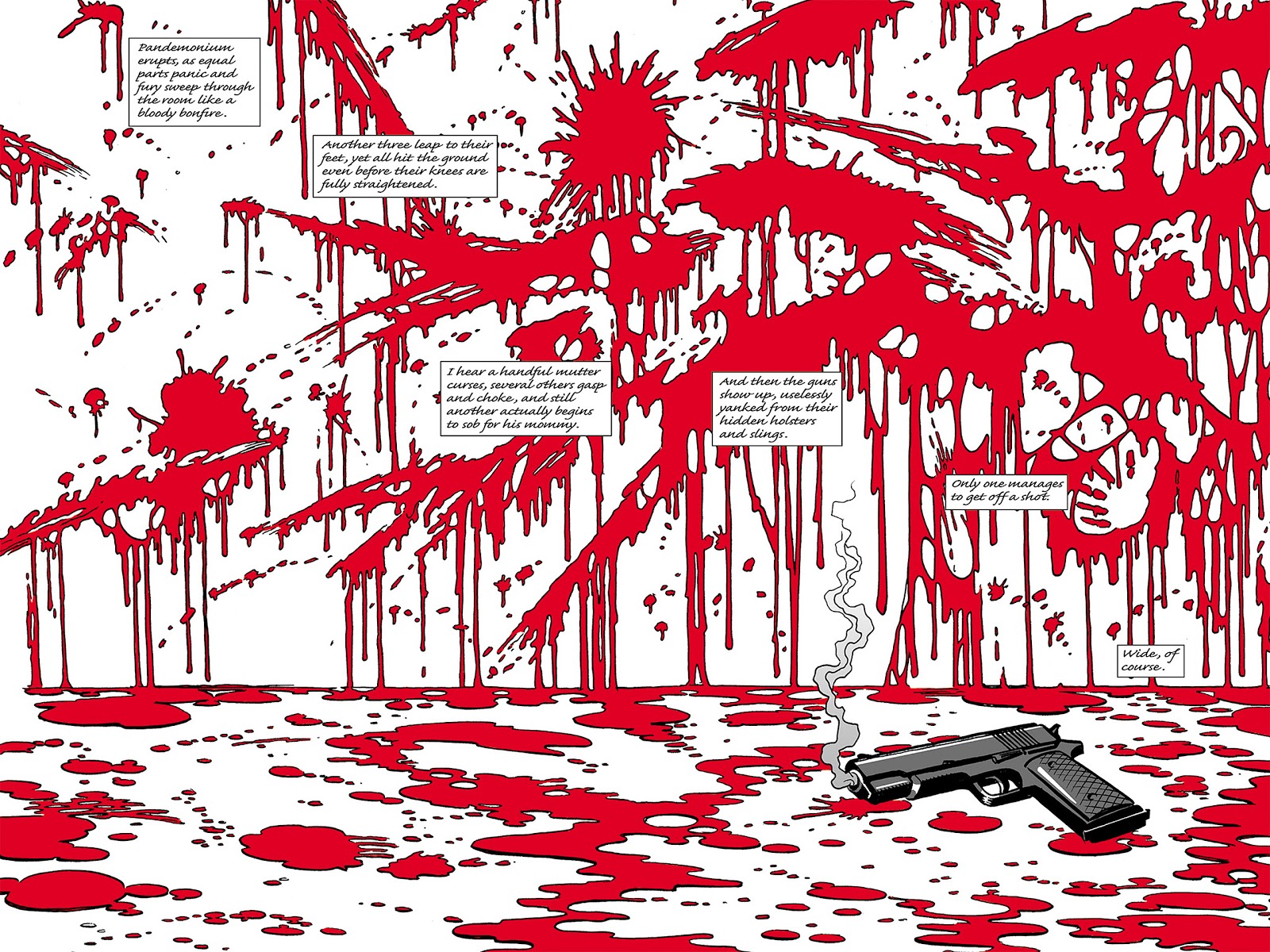 In 2010, after a considerable absence, Matt Wagner returned to Grendel’s original incarnation Hunter Rose. Much of what’s been revealed about him has come from his own journals, a smug distillation of personally inflicted terror. As per Devil by the Deed, these journals have been unearthed two generations after his demise by his biographer, journalist Christine Spar, and Behold the Devil concerns a two week span of Grendel’s life where the entries have been removed. Why would such a vainglorious man who revelled in his infamy remove those pages? Spar will never know, but Wagner treats his audience more generously.

The sheer volume of dead gangsters indicates someone has an agenda, but a year after being appointed head of a special task force, detective Elizabeth Sparks remains clueless as to who and why. So does journalist Lucas Ottoman. Wagner combines their narratives with extracts from Spar’s book and single page witness statements to the police, the latter precise character studies over a single page. The story eventually distils to Ottoman making a chance conceptual leap and the complications resulting from it, while Grendel is plagued by an instinct of being watched, yet there’s never a trace of anyone. “For once I am forced to confront a situation with which I have little experience”, notes Grendel in his journal, “… in fact none. The unknown. It has been years since I faced such uncertainty. Nothing escapes my notice. Nothing confuses me”.

As has always been the case when he returns to Hunter Rose, Wagner’s art has again evolved. This Grendel’s black costume was designed for black and white publication, the edges of the figure stark against any light background, providing an elegant simplicity. This time, though, Wagner defines figures including Grendel with greater shading and more lines, while often simplifying the backgrounds instead. Much of the story is told in expansive double page spreads. Wagner’s such a complete artist the storytelling methods can be taken for granted as accomplished, so are the variations just some form of self-testing? A visual nicety employed throughout is the different ways Grendel uses his combination of staff and bladed weapon.

Neat storytelling methods extend beyond the art. We spend a couple of pages in the company of a gangster who believes himself untouchable, following which Wagner switches to his obituary in Spar’s book, before detailing what actually occurred. Anyone who knows their Grendel canon will appreciate the cameos, the most influential here a character last seen in a short story illustrated by Arnold and Jacob Pander in Grendel: Black, White & Red. As always with Wagner, the answers he chooses to reveal slot neatly together, and he’s come up with a tremendous reason for Rose’s journals to read the way they do, and for the missing pages. Readers of Grendel in all incarnations will greatly enjoy the distressing enlightenment he delivers.

Behold the Devil was relatively rapidly superseded by its inclusion alongside most of Wagner’s other Hunter Rose stories in the first Grendel Omnibus.