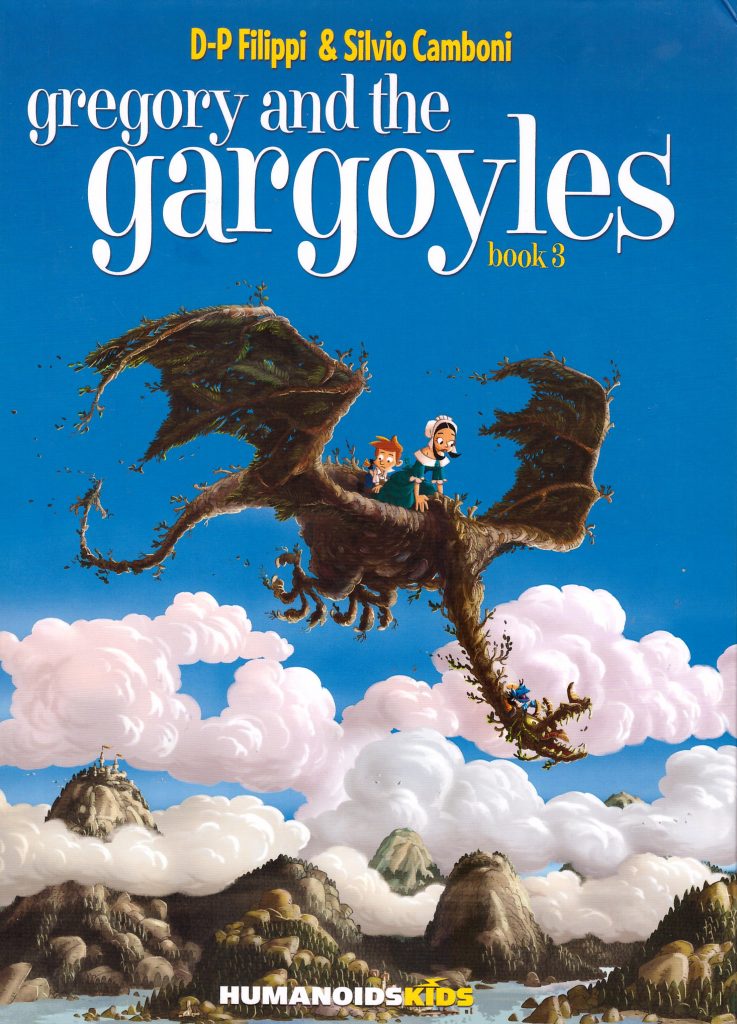 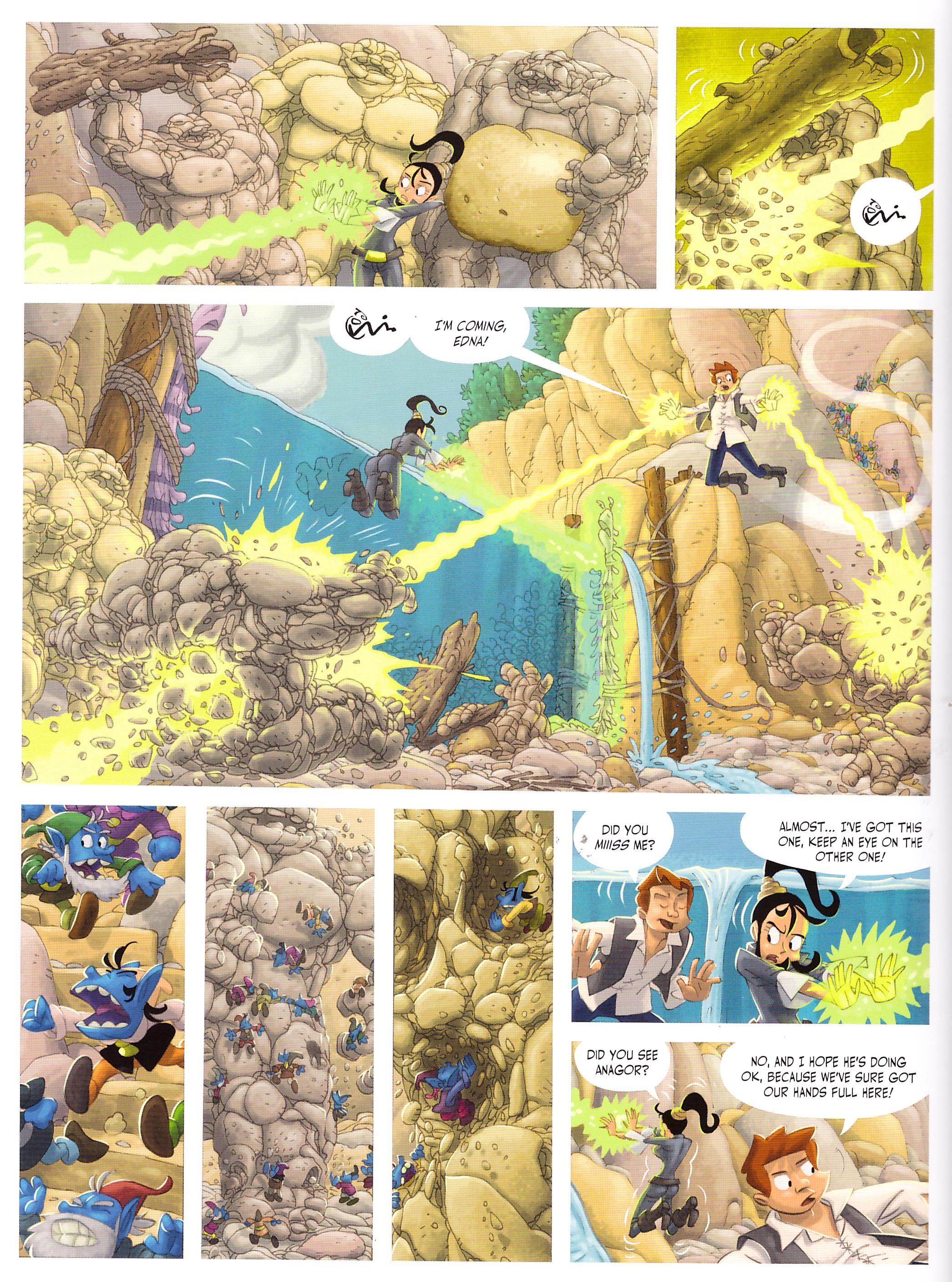 This generous three episode helping of Gregory and the Gargoyles brings the series to a close, and it lives up to the previous two books with a twistingly creative thrill-rush of a story and some superlative cartooning.

In the early days of the series D.P. Filippi established that in Gregory’s world, there’s a guiding intelligence to the art of magic. Magic appears when necessary, helping out when necessary and manifesting the necessary knowledge within people when it’s needed. If you want to look at it that way, it could be seen as an idealised version of what so many religions promise. With an idle writer this would be enough to produce one plot cop-out after another, but under Filippi magic works in mysterious ways, so there’s enough tension and danger to prevent Gregory’s life becoming dull, or too secure. Filippi also toys with Star Wars mythology as he makes a distinction between ordinary magic and dark magic.

Both in the present day and in the seventeenth century Gregory’s world isn’t static. He still has the primary mission of somehow preventing the destruction of the church in his home town in order than magic can continue to flourish, and as the book opens he’s still learning. This takes the form of tasks in magical realms, one of which results in the dragon created from vegetation, as seen on the cover, and all of which are extraordinarily decoratively drawn by Silvio Camboni. The bright colours of Bruno Oliveri and Rafael Ruiz add a vivid beauty, but it’s Camboni’s talent for making the magic real via some wonderfully expressive cartooning that’s key.

As noted, Gregory has tasks to complete. It was explained in Book 1 that it was down to him due to family attunement with magic, but in a clever shifting of circumstance Filippi alters the status quo very early here. Gregory’s not the only child in his family, and Chloe moves from irritating elder sister to fellow magical adept, and she’s a very quick learner. Gregory’s combative attitude to his sister has been well characterised from the start, although appeared to be just personality building interludes, but the earlier attention to detail pays off here as their relationship transitions into altogether different territory.

There’s enough entertainment in these three combined books that no-one’s going to feel short changed, but for maximum understanding of the finale it’s really necessary to have read Book 2. Anyone who hasn’t won’t pick up on the emotional undercurrent of the revelations toward the end. They’re good, and will surprise adults as well as children.

Gregory and the Gargoyles has been a wonderfully creative and frenetic series from the start, with barely a pause for breath as Gregory zips from one crisis to the next, and this wrap-up is the best of the three collections.