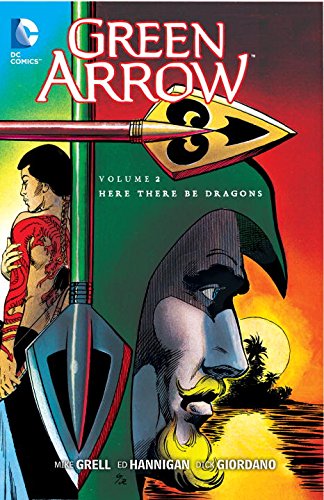 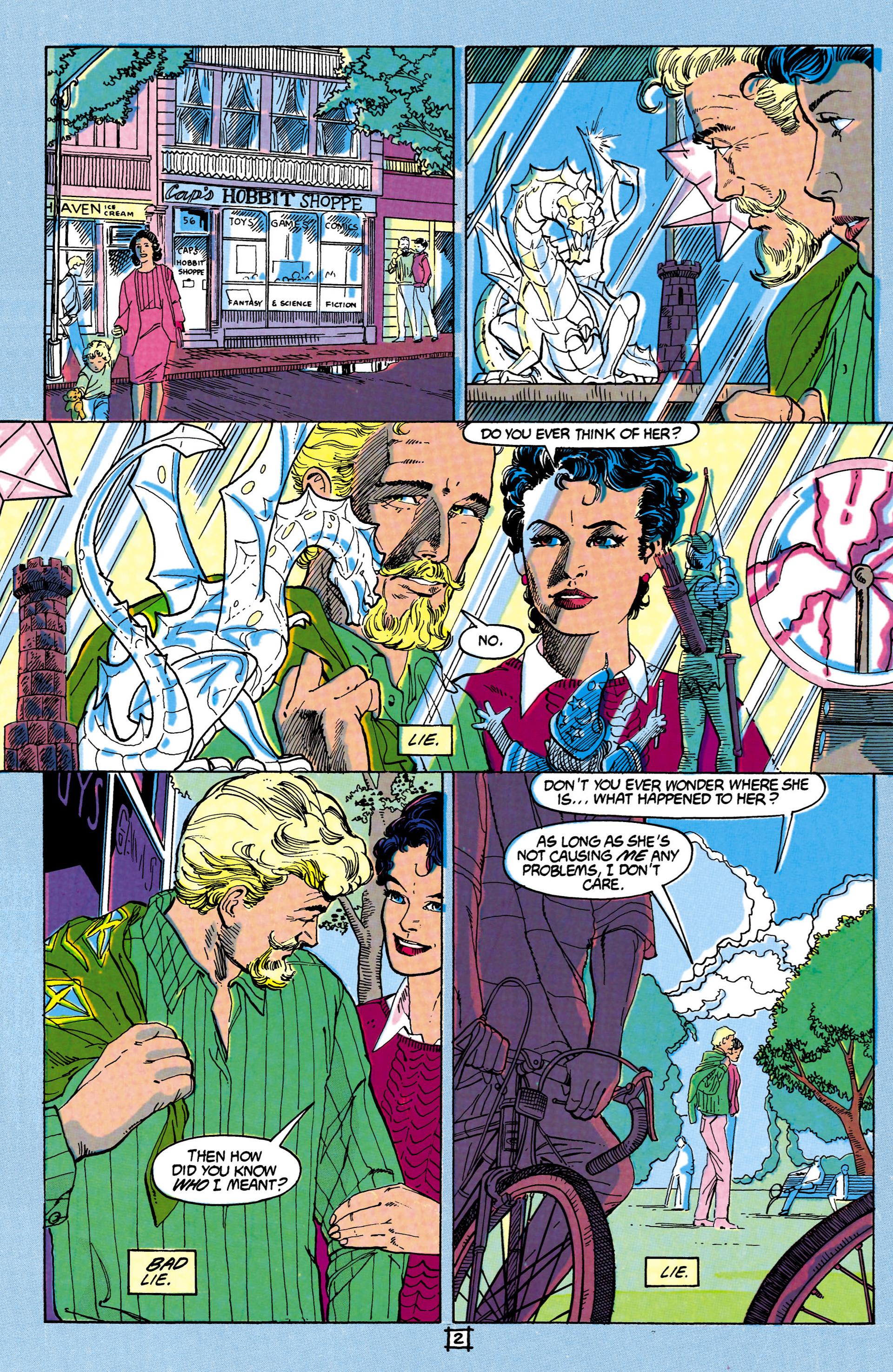 By the time the content of Here There Be Dragons was produced writer Mike Grell knew his 1988 Green Arrow series wasn’t going to be a short-lived flash in the pan, as the content reprinted in Hunter’s Moon had been successful. This gave him the opportunity to expand his plots a little more, and the confidence that his readership trusted him to tell a more instinctive story rather than one totally centred on Green Arrow. The first chapter of the title story supplies very little Green Arrow, concentrating instead on the tattooed Yakuza assassin Shado, detailing why she no longer works for the Japanese gangsters, and why they’re after her hide.

Before that, however, several creators new to the feature were given their chance on the strip over two chapters. Eduardo Barreto was already an old hand, and his layouts slot right in and maintain the look. Paris Cullins is okay, but would improve, and Randy Du Burke is trying to run before he can walk, with awkward layouts and figures, not helped by eccentric artistic viewpoints. Sharon Wright co-plots and scripts a section, and that works well enough. Overall, however, these are two patchy chapters.

Thankfully Ed Hannigan draws the remainder of the book, in a particularly decorative mood to begin with, adding flourishes that produce some fantastic looking pages. He’s also better at the emotional beats. Grell frequently reinforces the loving solidity of Oliver Queen and Dinah Drake, and that this doesn’t lapse into melodrama is due to Hannigan’s skill. A combined talent ensures the wordless sequences also work.

Grell’s plotting incorporates several interesting elements, not least dispensing with the ludicrous conceit that anyone seeing Green Arrow and his distinctive beard and minimal mask wouldn’t immediately recognise Oliver Queen if they knew him. He also marks time. Queen is now 44, so a year has passed since the events of The Longbow Hunters, in which Shado was introduced. She now has something both the Yakuza and the CIA are very keen to possess, and Green Arrow is coerced into aiding with that. Grell ensures the plot takes an unpredictable turn from there, but one of its strongest elements in 1989 has far greater cultural familiarity after decades of manga sales. ‘Here There Be Dragons’ was then infused with an exotic atmosphere generated by being steeped in Japanese honour culture. Thirty years later, through no fault of Grell’s, this is a well known quantity, and while the plot still stands up, much of the mystique has evaporated. A large info dump explaining some twists at the end comes across as rushed.

It all combines to render Here There Be Dragons as slightly less entertaining than the opening Hunter’s Moon, but the character charm, Hannigan’s art and the tight plotting ensure this is still readable. The series continues with The Trial of Oliver Queen.