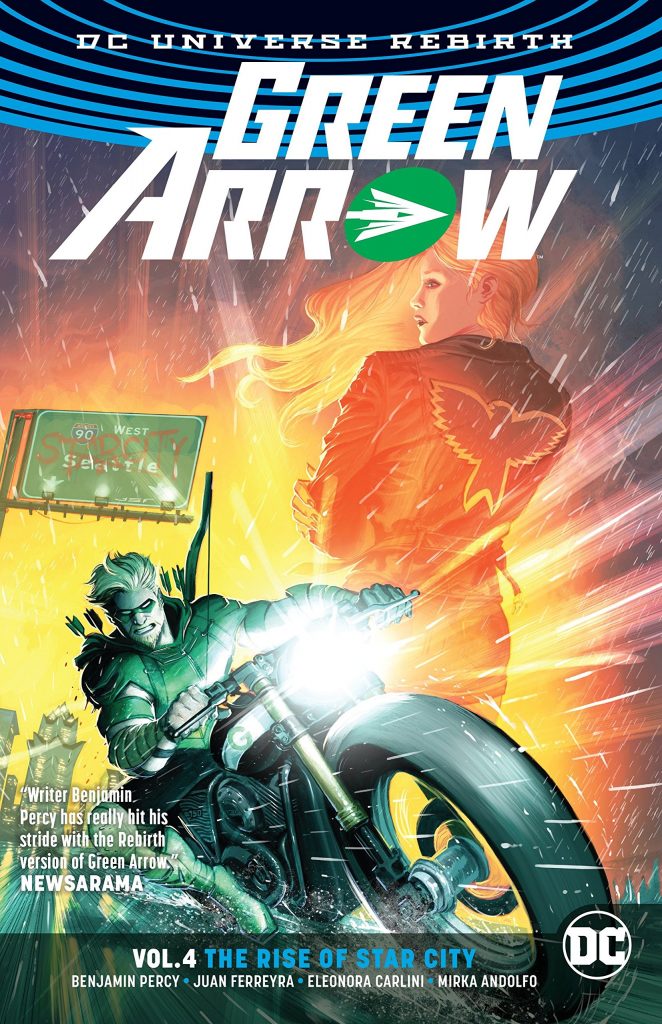 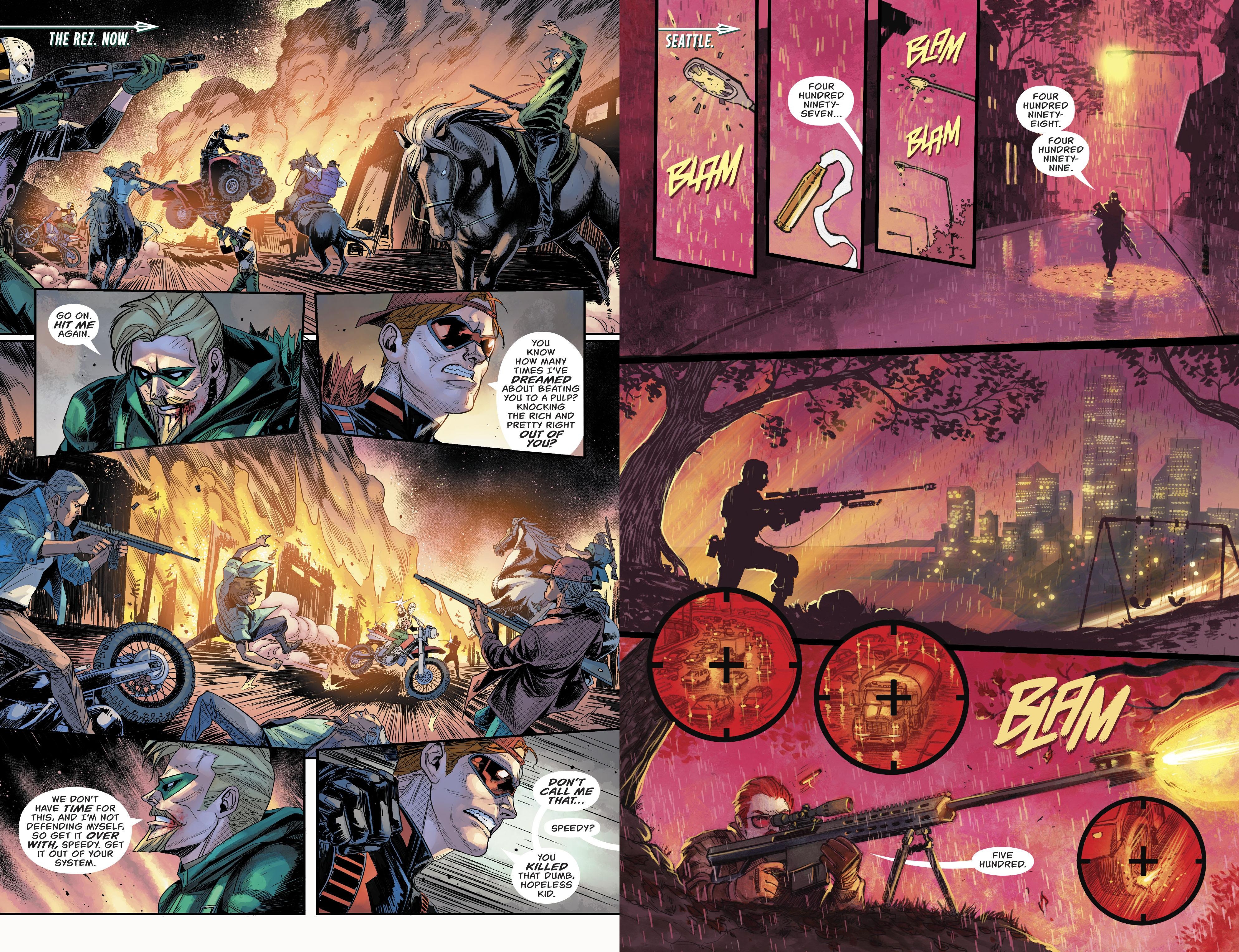 There’s a lot to be impressed about in The Rise of Star City as Benjamin Percy continues to incorporate thinly disguised real world issues into Green Arrow. A scenario similar to The Dakota Access Pipeline is aired in the first of two stories, and the second, the title story, deals with bringing Seattle to its knees. The real world issues permitting that are more generalised concerning the way the odds are stacked against ordinary people.

In the course of flashback sequences, Percy redefines old villain Count Vertigo into someone still causing disorientation, but for a socially conscious purpose, and also well considered is how easy it could be to bring a city to its knees. In terms of character a good aspect is establishing how Oliver Queen consistently permits anger to overwhelm his true feelings, be they love or friendship. All of that is amid two ambitious plots. The first returns Roy Harper, only vaguely similar to the character of old as he’s now a Native American whose fall and rise very much mirrors that of Queen years later. They’re reunited over the cause of an oil pipeline being installed in sacred land, and as in the real world, the economic argument trumps everything else.

‘The Rise of Star City’ sees the wealthy again attempting to bulldoze over everyone in attempting to generate more profit from tragedy, while some more dubious secrets about the Queen family are unearthed. It’s a very cynical story in some respects, but the heart on the sleeve politics never overwhelms the action-thriller plot. It thrills with the action, but Percy’s very much a long term plotter, and on several occasions his characters’ decisions make little sense in the short term. Another of those ends the book and leads into Road Trip.

There’s some really dazzling art from Juan Ferreyra (sample art right) on the title story. In Emerald Outlaw he was the unwanted contrast to a carefully cultivated mood, but here he’s spectacular, using novel techniques to tell a devastating story. One of them is laying out the story over two page spreads, but designed carefully enough that detail doesn’t disappear into the binding of a paperback book. Green Arrow’s content runs along the top of the page, and those connected with him are seen below. The art on the opening story is more ordinary. Eleanora Carlini (sample art left) is good with backgrounds and objects, but draws flat and angular people, while Mirka Andolfo, so vibrant when cartooning elsewhere, is just ordinary for the flashback sequences using a form of naturalism. Otto Schmidt returns for the long final chapter, and delivers his usual accomplished work.

Percy’s version of Green Arrow continues to be a series that trundles along nicely, but without ever elevating into essential reading. Will Hard-Traveling Hero change that?