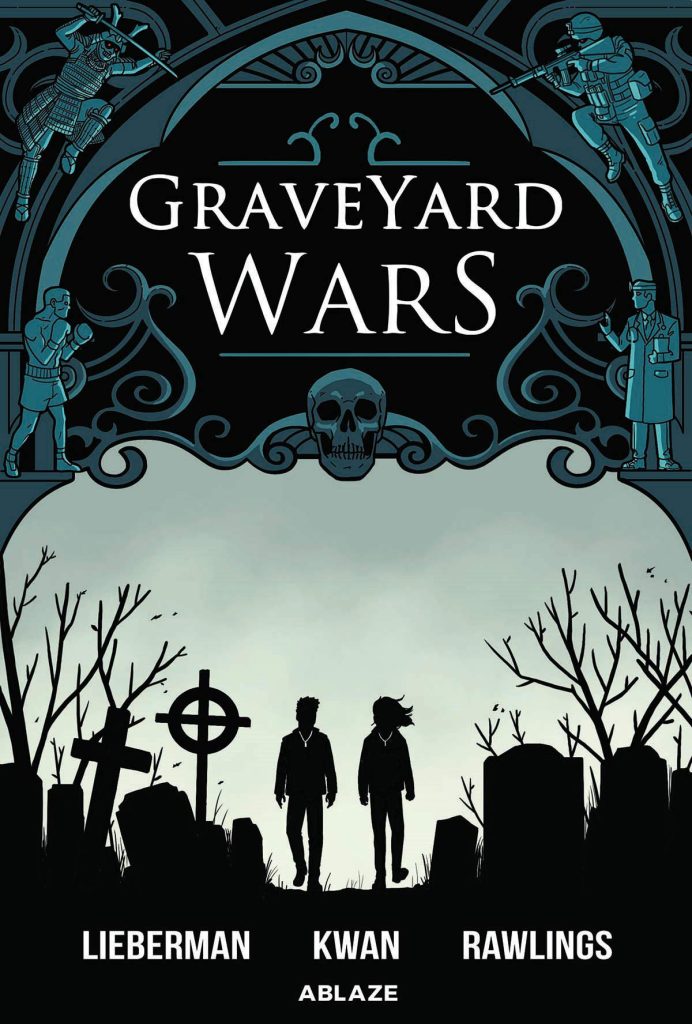 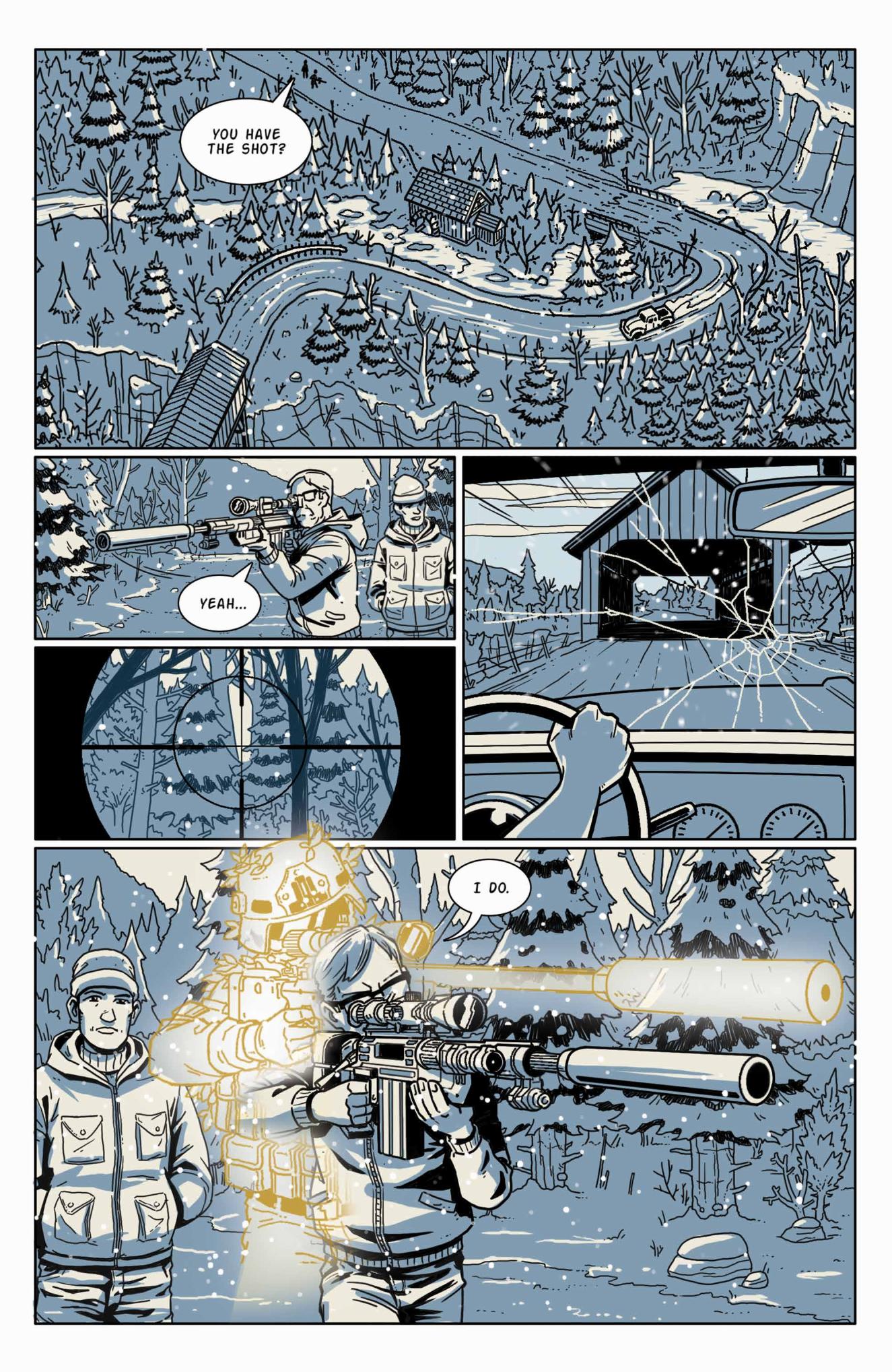 A really strong opening sequence to Graveyard Wars has a woman driving through snowy countryside being fired on with high power rifles. It’s tense, and peppered with mysterious references given meaning as the story continues.

Twenty years later we’re properly introduced to twins Carter and Ethan Noble. She’s at Syracuse University, he’s in a psychiatric unit, among other complications in his life being that at times he just seems to know things there’s no way he ought to know, but that information just fades. AJ Lieberman leaves it to artist Andrew Sebastian Kwan to show there are also people seemingly able to access the skills of others, as per the sample art. The visual is an efficient way of avoiding front-ending the explanations when the action is more important.

A third of the way through it’s explained why Carter and Ethan are special and what’s been hidden from them their entire lives along with the background to the situation. It opens up a whole new world that feeds into the attention-grabbing title, which otherwise isn’t entirely appropriate. There’s some seepage between the realm of the dead and humanity, and some attuned people are able to access the abilities the dead had when they were alive. Complicating matters is the relationship Ethan’s had with his father over the years, which has given him little reason to trust him now.

Many graphic novels published by Ablaze are translations of European works, and Graveyard Wars fits alongside the action sensibilities of some, but is differentiated by Kwan’s art, which is tidy cartooning and presented in black and white with a single spot colour, usually blue. As seen on the sample art, he’s not shy when it comes to supplying detail, and telling a story is a speciality, varying the viewpoints and taking advantage of Lieberman also being aware when no words are required.

Lieberman takes a cinematic approach to the plot, very gradually dripping in what will pay off later, and once that becomes apparent, where things are heading can picked up, in broad terms at least. He builds the conflict within the family dynamics, and explores the value of communing with the dead as acquiring knowledge in addition to skills, while introducing the idea of those who’d use the skills for more selfish means. In fact there’s an organisation attempting to control and restrict the power. Is this the kind of world in which to raise your kids?

Some emotional aspects are overplayed, and there are a few annoying spelling mistakes, but Graveyard Wars is a thriller that’s going to leave you wanting more. Isn’t it time for the continuation? 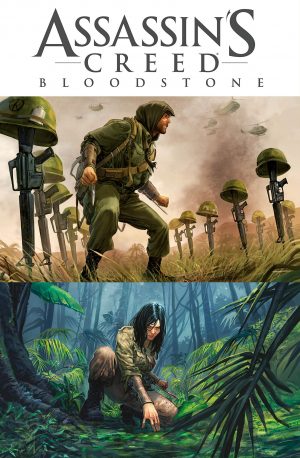 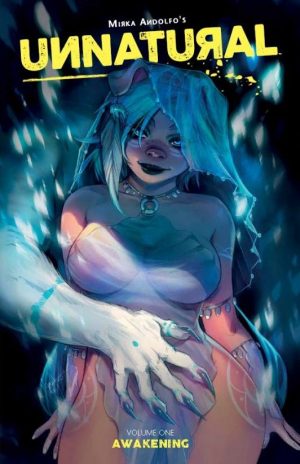