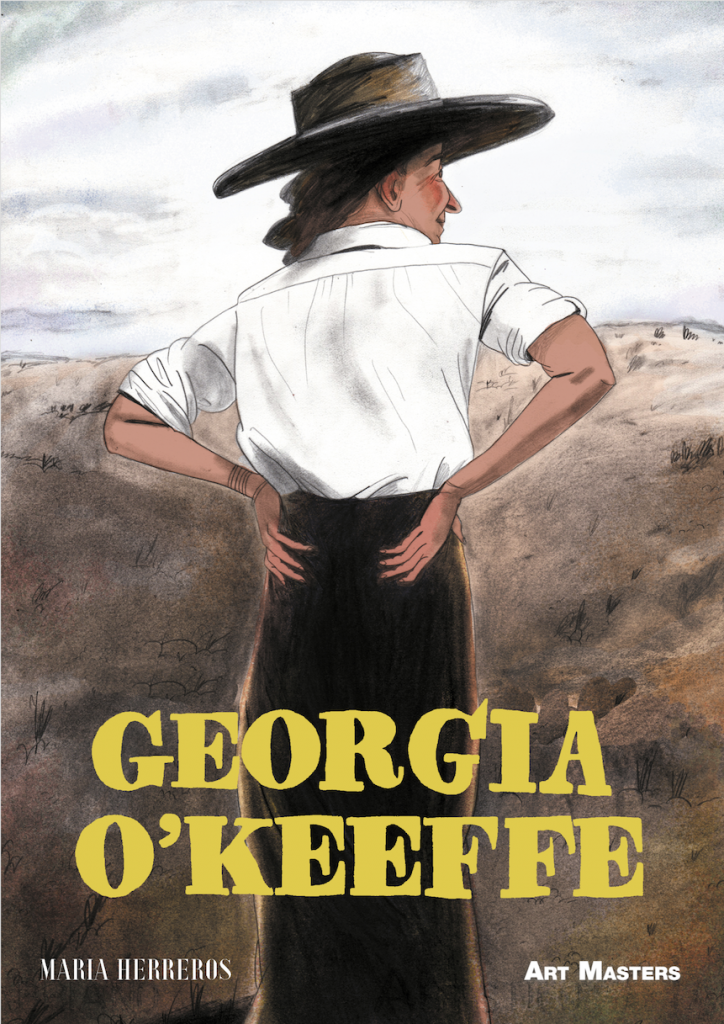 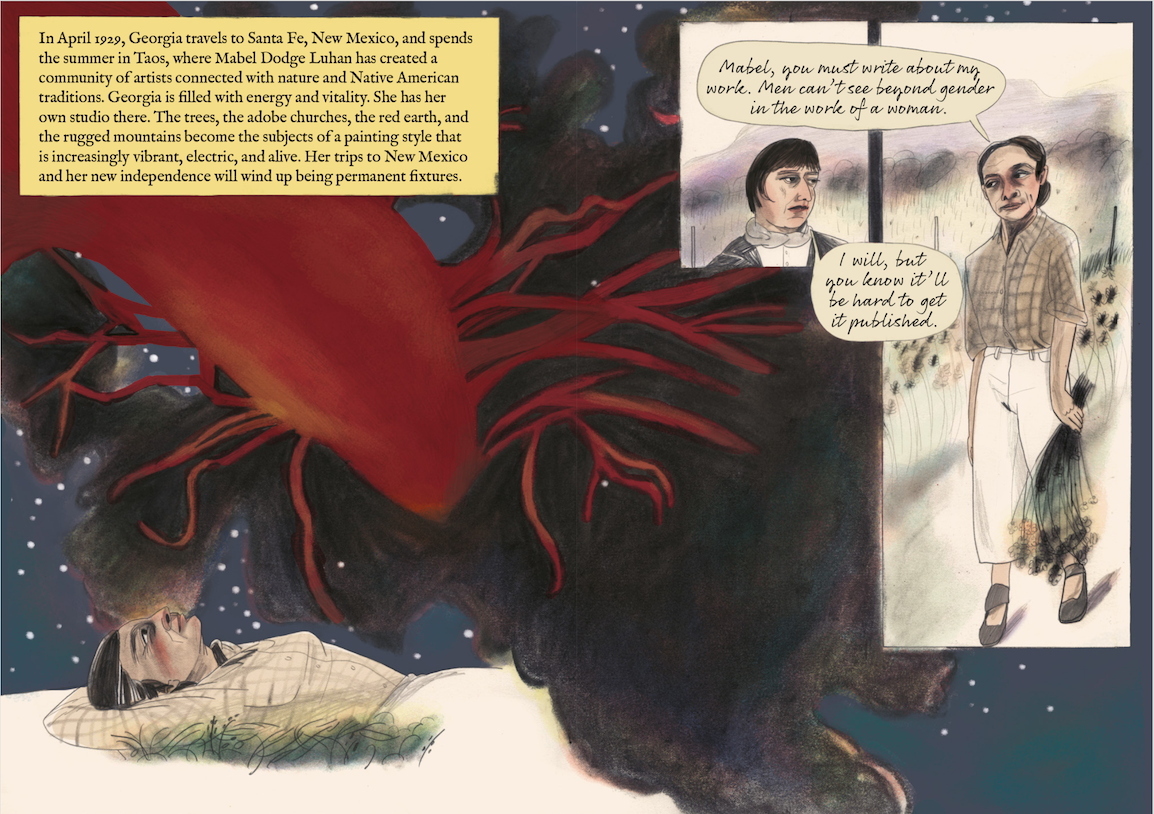 Georgia O’Keeffe, then is a welcome addition to SelfMadeHero’s ‘Art Masters’ line. As with most of the preceding ten volumes, it’s the creator’s English language debut. María Herreros blurs the lines between painting, illustration and comics. Her bio notes that she has worked internationally on art and social justice projects, as well as with global brands, indicating a significant artist with a perspective to offer.

Herreros’ approach is more documentary than biopic. She avoids fictionalising dialogue and scenes, instead assembling well chosen quotes from O’Keeffe’s numerous letters. These capture a distinctive voice and reflective manner, for O’Keeffe to present her ideas on art and life. Occasional dialogue (tending to the drily factual), and authorial commentary are used. The latter, is admirably concise, though occasionally telling what would be better shown.

O’Keeffe’s career spanned most of the 20th Century, so Herreros wisely focusses on key developments. The book opens with Georgia an art teacher in Virginia, but looking to a New York art scene, exemplified by gallerist (and photographer) Alfred Stieglitz. She sends him some drawings, which he exhibits, and they begin an increasingly passionate correspondence. She moves to New York, lives with him, and paints the city that, (Stieglitz says), “the men haven’t even done very well”. Always emotionally close, even after marriage they were often geographically distant. Alfred was tied to New York, while she needed the desert vistas that inspired her most iconic paintings.

All of the above, and the post-Alfred period are well captured. Some complexities of their relationship are glossed over, but that’s a fair artistic decision, with the biopic of the couple casting Georgia as a victim. However, this and the front-matter noting supervision of the Georgia O’Keeffe Museum (“responsible for safeguarding the artist’s legacy”), add to the sense of a tame ‘authorised’ biography.

Herreros draws and paints in the spirit of O’Keeffe, creating her own versions of the latter’s beloved American landscape, only leaning towards re-creation of paintings for those on the easel. O’Keeffe rarely depicted figures, so offering no model for Herreros, whose figures are often weak. However, she draws on Stieglitz’s numerous photos of Georgia, capturing her striking appearance, and creating appealing montages of expressive hands and monumental nudes. Full and double page drawings immerse the reader in O’Keeffe’s imagery. That makes these hundred-odd pages a quick read, though one that evokes the subject’s scale and stripped-down minimalism. The traditional serif font for the authorial commentary jars with the loose, gestural art, though the, more used, ‘handwritten’ text (though clearly still digital), integrates better. Overall, it’s a visually appealing book.

So how how does it read as a comic? Fonts aside, there’s only minimal integration of text and image, with typically a single block of text in a rulered box (featured image), or ‘floating’ on the pages. Text is rarely integrated into a sequence of panels. This, and reliance on aspect-to-aspect more than moment-to-moment transitions, mean it reads as a heavily illustrated book, lacking the immersion of a true comic or graphic novel.

However, such criticisms are for comics connoisseurs. As an overview of Georgia O’Keeffe’s life and work it captures her voice, the key events and ideas, while richly evoking her image and imagery. 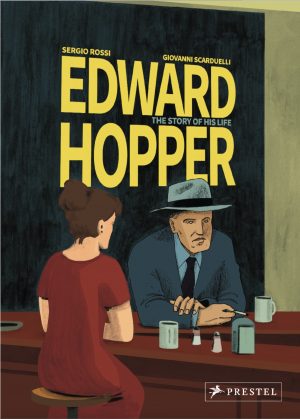 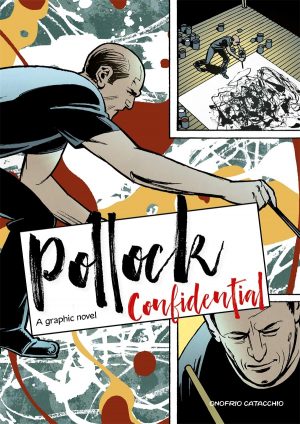 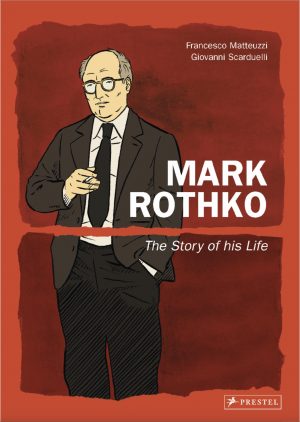 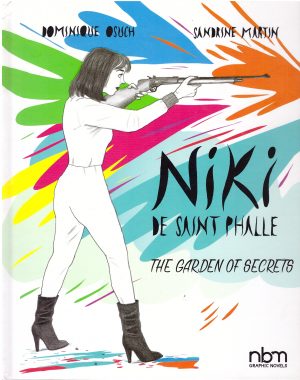 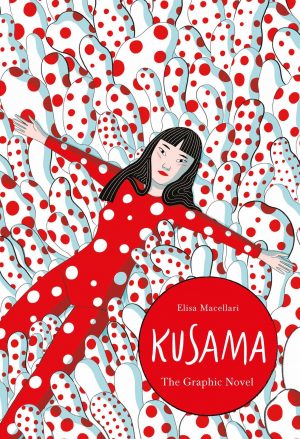