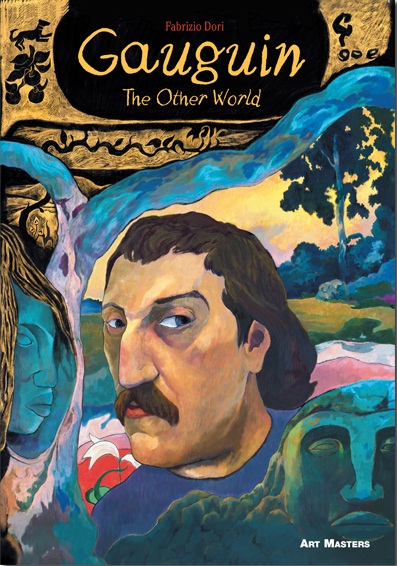 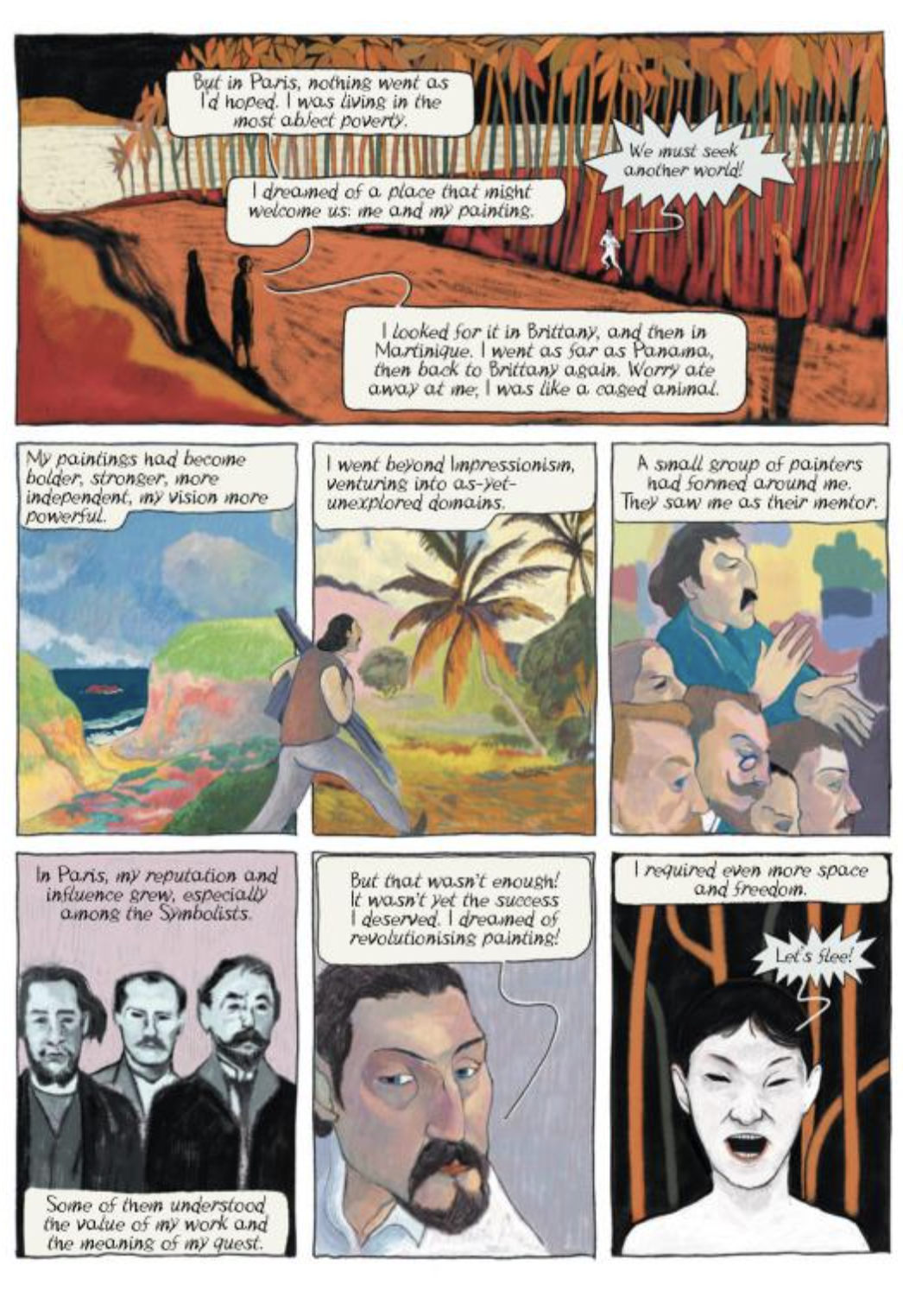 Painter, Paul Gauguin had a colourful life. Friend and follower of the Impressionists, he inspired a new generation of artists, including Vincent van Gogh as played out in Barbara Stok’s Vincent, and elsewhere. Fabrizio Dori, as his sub-title ‘The Other World’ suggests, focuses on the painter’s later years in French colony Tahiti, where he produced his most (posthumously) acclaimed works.

Dori spends an economical first few pages on a kaleidoscopic introduction to his subject, as seen through the eyes of others: his wife and children abandoned in pursuit of inspiration, his controversial status within the creative community, and his disappointment at the response to his work. That’s perhaps standard fare for an artist biography, but there’s a rapid change of pace and focus as Dori sets up his real story, with Gauguin facing the local embodiment of death. This enables both an exploration of the painter’s adoptive culture through a Tahitian mythic journey, and the painter’s extended and unguarded reflections upon his life.

Dori’s Gauguin is a poetic if subjective narrator. His reflections begin as his parents move the family to Peru, a joyous interlude that leaves him dismayed at being returned to France. This pattern of encroaching disappointment and yearning would shape his life. He’s hardly on Tahiti, before setting off again, inland, in search of the real paradise. He seems to have found it, and goes native  – adopting local dress and customs, and finding a young ‘wife’. Dori presents Gauguin as having a genuine and deep interest in his new home and its people – marvelling at their contentment and lack of materialism. Nonetheless, when he feels the need to take his work back to Europe seeking praise and rewards, bonds and relationships are casually cast aside. Dori lets Gauguin tell his story, with no commentary bar a few deceptively innocent questions from Death, about say, how he really felt about his Tahitian wife.

Dori’s portrayal of the Tahitian culture is captivating. Like Gauguin, he seems to have immersed himself in it. His prologue tells the legend of the island group’s formation from a giant eel, and this is mirrored in the death journey when the boat transforms into the mythic fish. There are other fascinating details, like the process of gaining a native wife, and the men’s enthusiastic plans for social improvements – entirely forgotten by the morning!

Gauguin is the sixth volume in SelfMadeHero’s, Art Masters series, though each was created as a stand-alone work. Common issues nonetheless emerge, like how far the subject’s thoughts can be known or speculated, and how to reflect the artist subject’s trademark style and imagery. Gauguin’s thoughts, according to a post-script essay, were prolifically journaled, so Dori has presumably drawn on these, yet the book’s framing as a supernatural conversation seems to ask us not to treat the result as fact. In terms of visual style, Dori goes the furthest yet in channelling his subject. With its flat colours within black outlines, Gauguin’s work already has the characteristics of traditional comics, and Dori makes good use of this. Other scenes are painted in the radiant colours of Gauguin’s paradise, and in contrast, the scenes with Death have the incised white on black lines of his woodcuts. Dori also works many of his subject’s images directly into the story, including his depiction of Death, strategically placed just before he enters the story.

Dori has created a rich and powerfully visualised evocation of the artist and his inspirations – making this perhaps the best yet in the Art Masters series.