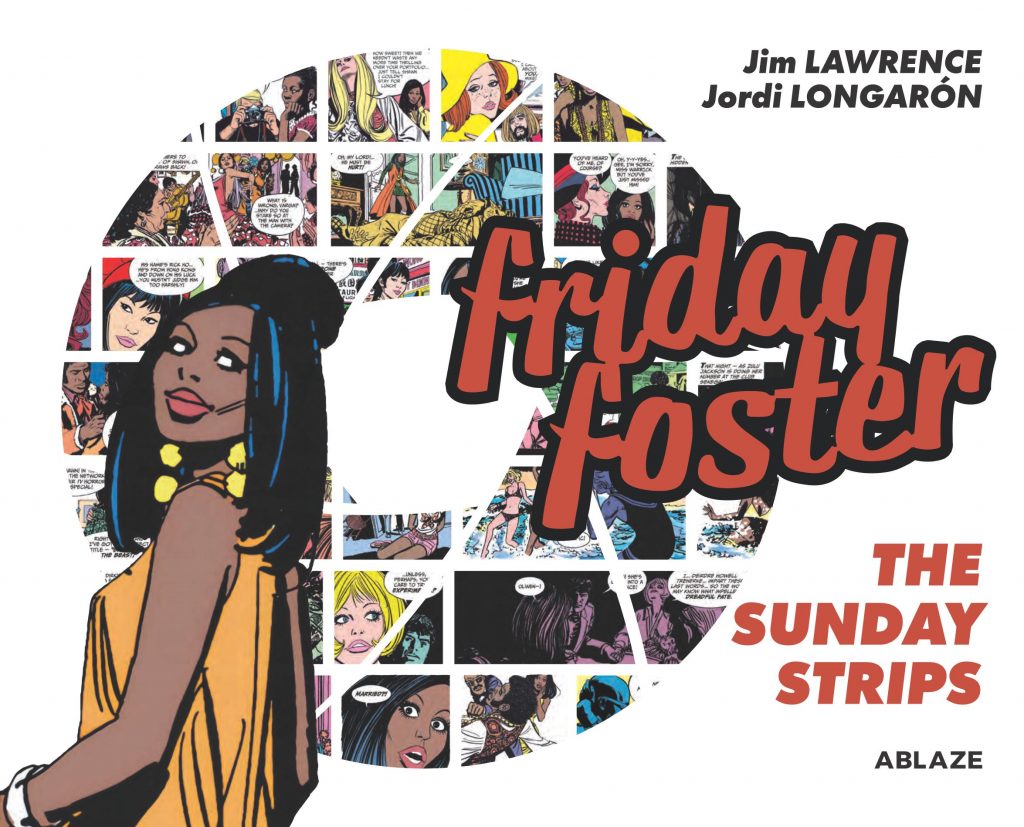 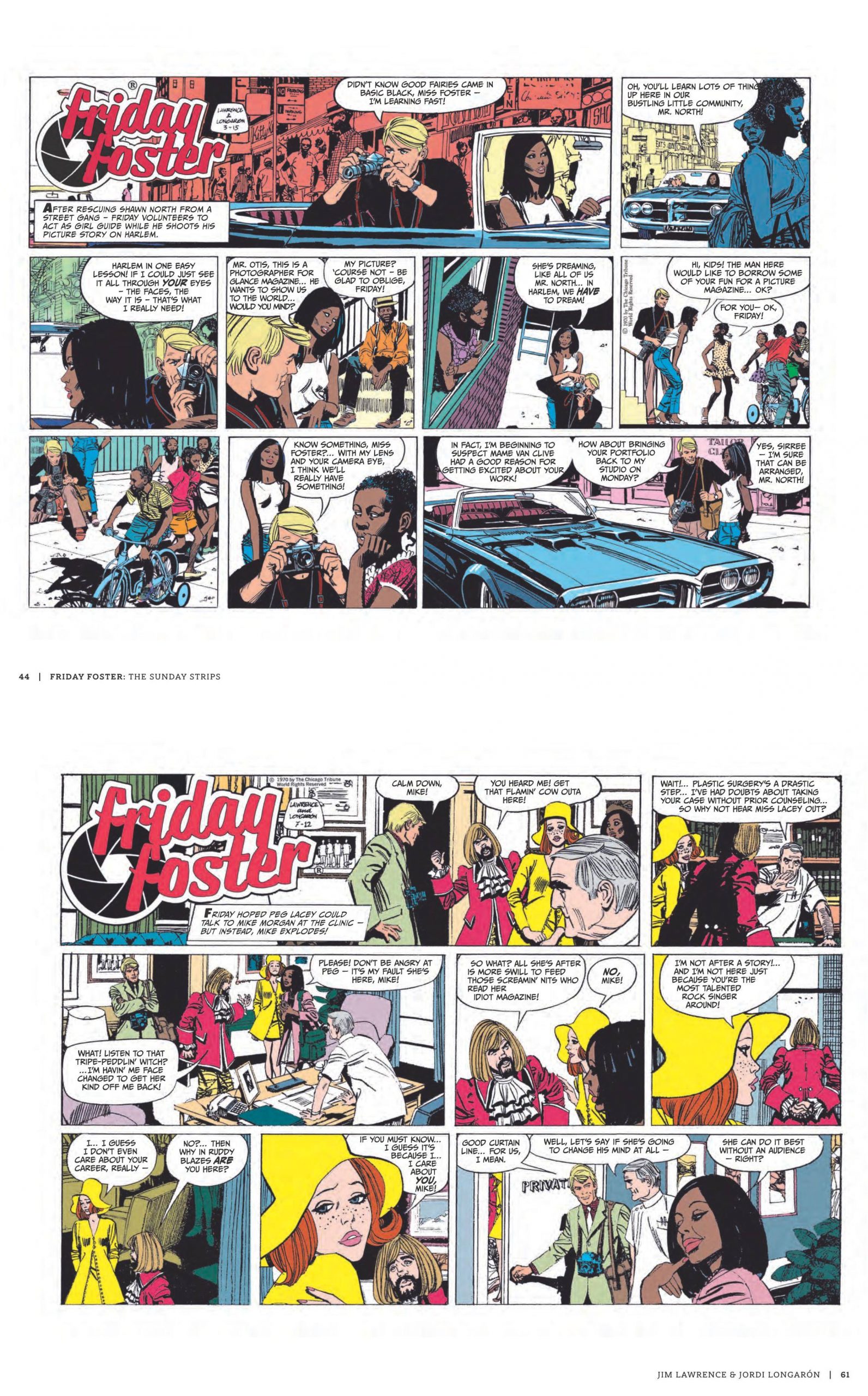 Friday Foster wasn’t the first newspaper strip starring an African-American woman when it began in 1970, but it was distributed far more widely than Torchy Brown’s single newspaper, hitting around 25 papers at its peak. Yet Pam Grier’s cinema portrayal is now more widely known, the late 1975 release ironically almost two years after the strip’s cancellation.

Friday is the lead character, starting the strip as an aspiring fashion photographer who takes a job as an assistant to a leading snapper, along the way becoming involved in all sorts of drama, although never becoming the gun-toting heroine of the film. Jim Lawrence extends the plots over roughly three months of continuity at a time, Friday always sympathetic and caring, and the supporting cast running the range from pleasant all the way to conniving and malicious. The plots are varied, the first three involving the suspense of what’s accidentally revealed in a photograph, a rock star’s new identity, and a surprisingly engaging tale of legal action and an injured bird.

It only takes a quick glance to admire the polish of artist Jordi Longarón. His graphic realism brings locations to life, and although provided with reference material, looking at the strips there’s no giveaway that it’s not an American artist vividly supplying the streets of New York. His people are beautifully styled, really selling the glamour of fashion, and Longarón has a bold sense of colour, as seen on the sample art. Because he was mailing the art from Spain there were occasions when a strip didn’t arrive in time, and Frank Springer’s replacements lack the same finesse, although allowance must be made for their being drawn at short notice. The same applies to whoever drew a few strips near the end before Gray Morrow’s polish brings the strip to a close over the final few Sundays.

There is a disadvantage in presenting only the Sunday strips because unlike some newspaper strips, Lawrence ran the same continuity through the week, often climaxing with the greater space a three tier Sunday strip afforded. It results in a few jumps where you’ll want to know what happens in between, an argument with a heiress being one, but wanting to know indicates how well Lawrence hooks readers with his plots. His writing is inventive, and he knows how to sell a mystery, but Friday Foster has dated somewhat, particularly with its reflection of prevailing attitudes. In one of the earliest strips a weary editor refers to an African-American fashion show as “Congo Culture”, but note should also be taken of how Lawrence slips in lines about social deprivation.

Ablaze do the strip proud with a hardcover collection featuring an interview with Longarón, a period-setting introduction, and two pieces about Lawrence all before the strips. We learn Lawrence was a prolific writer with an amazing memory, and at the age of 18 left the USA to fight against the fascists during the Spanish Civil War. A remarkable man in so many respects, his career is explored in greater detail in further essays and interviews, and other topics covered include the restoration of the strips, and the reproduction of Longarón’s strips that didn’t arrive by mail from Spain in time for publication. Even more essays and articles on associated topics feature after the strips, rounding off a collector’s delight.