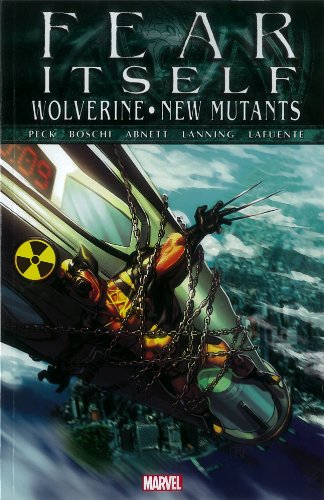 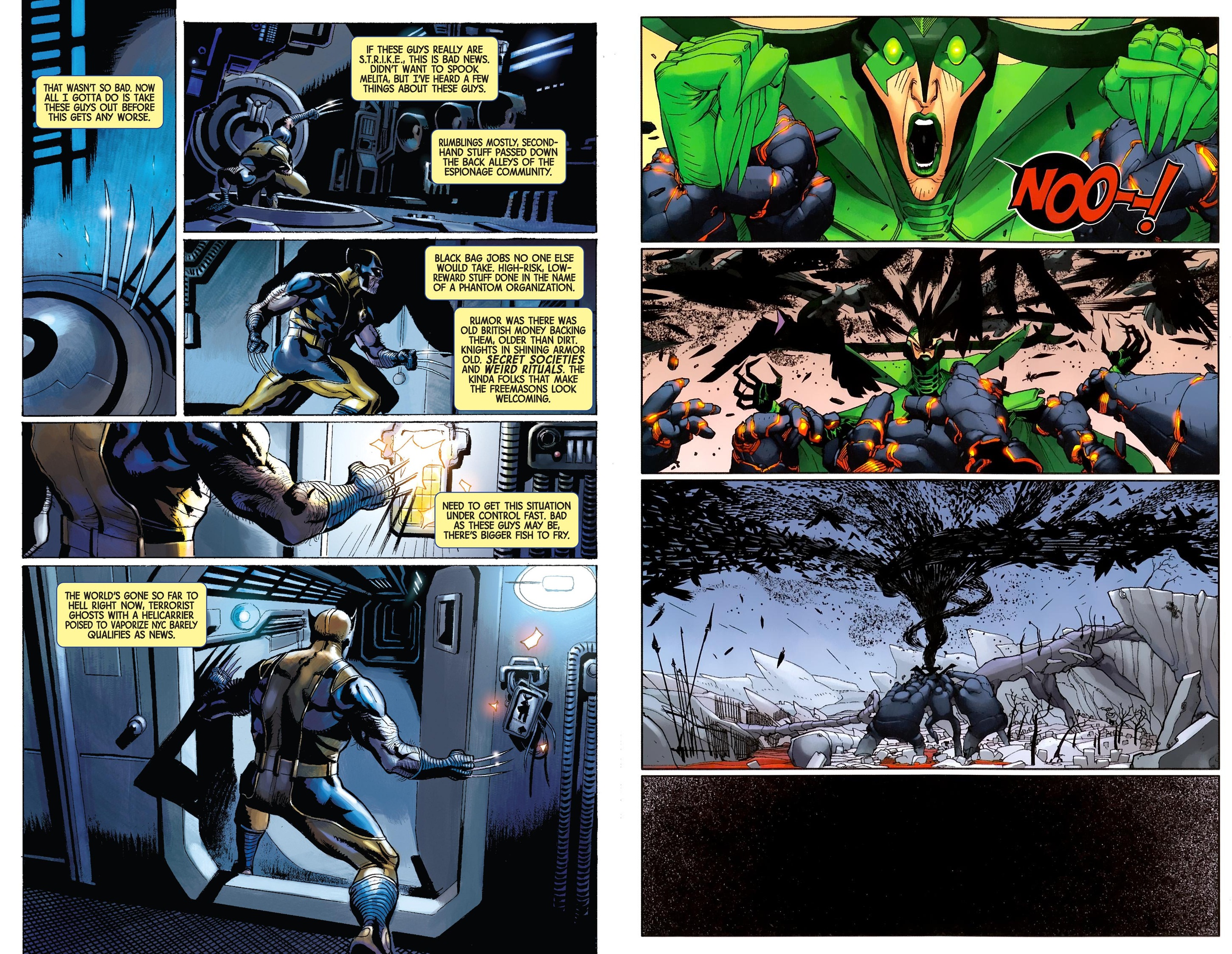 This rather awkward graphic novel fuses together two vastly different stories only united by their occurring during the same crisis on Marvel’s Earth. It’s positive that it’s not necessary to know anything about Fear Itself to understand the stories, so they stand or fail on their own terms.

Seth Peck carries one plus and one great minus on his Wolverine story. The plus is Roland Boschi, who’s one hell of an artist technically, but isn’t the best at page design, and doesn’t always produce the most interesting set of images he could from the circumstances. The minus is that this is the lovey-dovey, choochy faced, billing and cooing Wolverine and reporter girlfriend Melita Garner. Do people pick up Superman graphic novels because they want to see Lois Lane playing a large part in saving the day? That’s essentially Peck’s scenario, which is an awkward fusion of two plot threads that would both work better separately. There’s a great Wolverine moment at the start where he deals with the Scarecrow, and the cover sequence eventually happens, but otherwise too many words, too much vainglorious boasting and not enough variety leads to a dull read.

Andy Lanning and Dan Abnett’s New Mutants tale continues from the matters of Unfinished Business, and exploits the Native American Dani Moonstar’s previous connection with the Asgardian embodiment of death, Hela. Mephisto also features, having been busy during Fear Itself as he also found time to mess with Ghost Rider. Abnett and Lanning keep him consistent with that version, as a sardonic trickster whose presence is much more palatable than the psuedo-biblical tormentor of old. Their plot has an epic backdrop that only uses the events of Fear Itself as a motivation, as the team is split and no-one is where they believe they need to be to help their friends, which might cause them to make mistakes they later regret. It’s quite the achievement to produce a story overloaded with imagery concerning death and hell and nonetheless make it fun. It’s enhanced by artist David Lafuente producing some wonderfully composed images, and he’s inventive when it comes to designing the unimaginable, but his people are oddly thin and angular, and that takes some getting used to. It doesn’t help either than Robbi Rodriguez is called on to finish the last ten pages in a completely different and far looser style.

The New Mutants continuity slips into A Date With the Devil, picking up on a plot point introduced here.