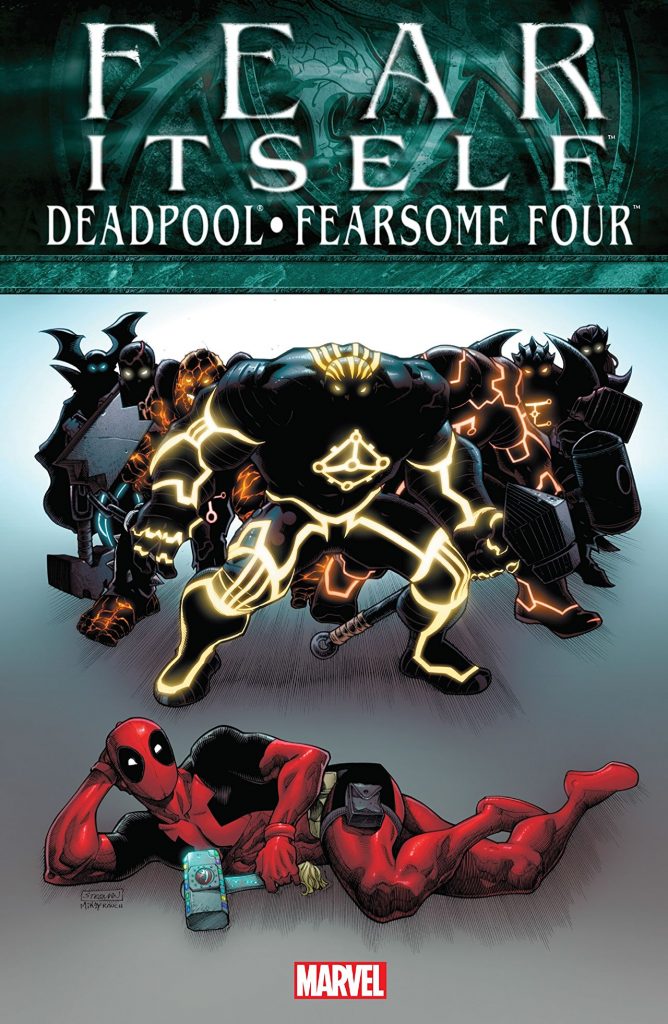 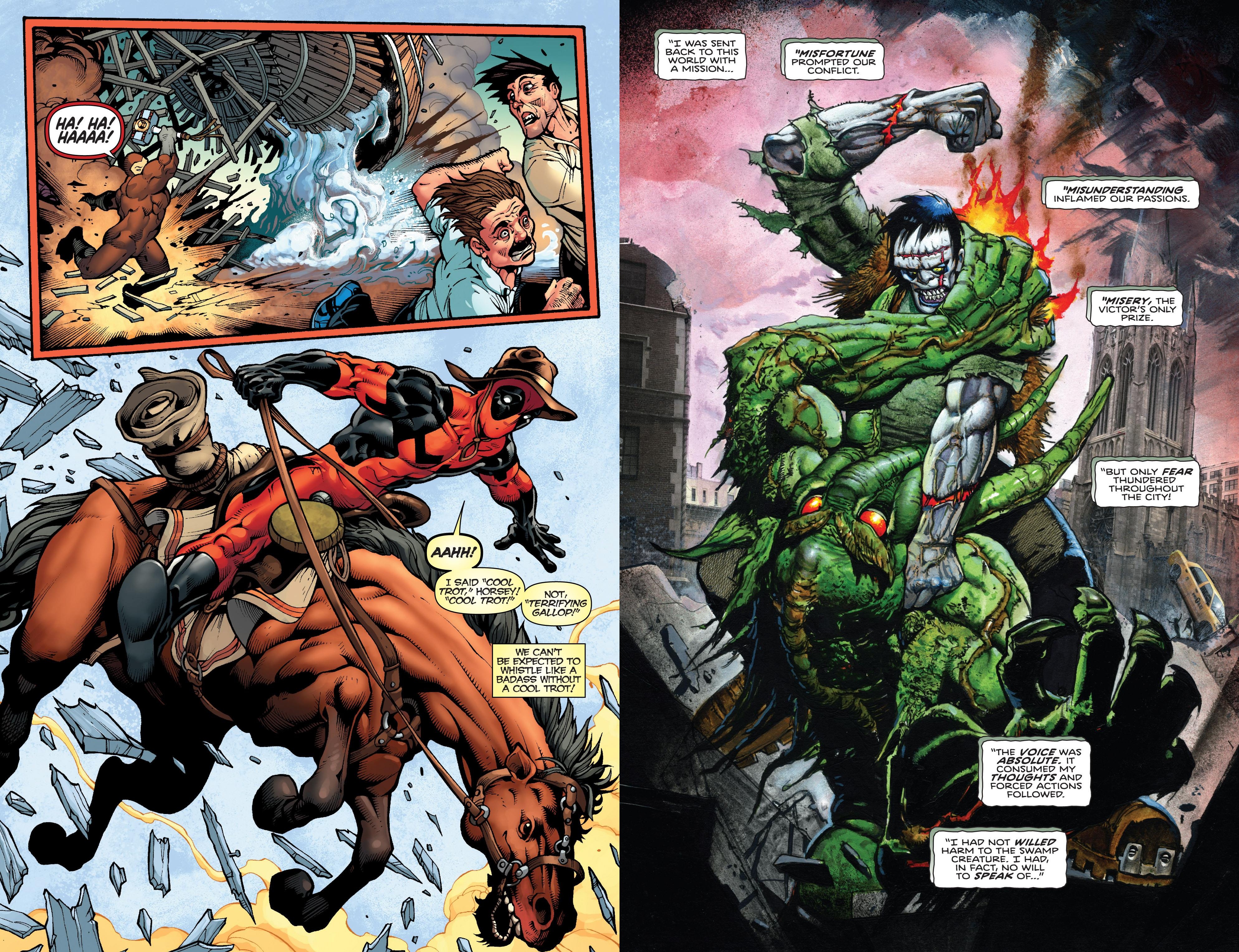 Marvel’s 2011 Fear Itself crossover event saw several Marvel powerhouses supplied with hammers that increased their power to god-like levels. Woe betide anyone that gets in their way. The subsequent graphic novel collections of tie-in series were rather a random exercise, pairing any two features irrespective of how well they meshed. The vague connecting thread here is humour, with Deadpool obviously a slapstick gag-fest, and despite the ‘Four’ in their name, the Fearsome Four have no connection with the Fantastic Four.

Perhaps the biggest surprise is to see both the refined art of Michael Wm. Kaluta and the superb exaggerations of Simon Bisley (sample art right) on individual Fearsome Four chapters. While a wider artistic breach than their two styles surely can’t be imagined, Brandon Montclare’s script ensures this works in context, but there’s little else to recommend it beyond a clever starting point in using the now relatively obscure Man-Thing as the way into the story. Powerful and mindless, it’s attracted to strong emotion, and on encountering fear anyone he touches burns. The Fearsome Four are Frankenstein’s Monster, Howard the Duck, Nighthawk, and She-Hulk, and Montclare pits them against a long-standing Marvel villain also thriving on emotion, then throws in an alternate Fantastic Four. Eventually, to paraphrase an old Howard the Duck story, it becomes a bunch of characters desperately searching for a plot. While it’s nice to see Kaluta and Bisley, they barely contribute ten pages each, and much of the heavy lifting is done by Ryan Bodenheim and Ray-Antony Height, whose more realistic styles mesh well. Henry Flint, Timothy Green II and Tom Grummett also contribute.

Christopher Hastings and Bong Dazo (sample art left) take on the Deadpool segment and do a decent enough job applying the standard Deadpool formula. Confusion, idiocy and chance collide as Deadpool decides to distribute a hammer he’s found, masquerading as a magical being and donating it to incompetent villain, the Walrus. Whereas the Fearsome Four tended to the satirical, Deadpool’s just madcap, but holds together better as a story. There are a few too many obvious song lyric jokes, but anyone who generally enjoys Deadpool ought to enjoy this. However, it’s a story dragged down by its companion.