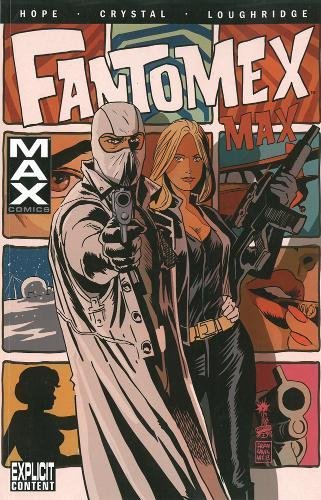 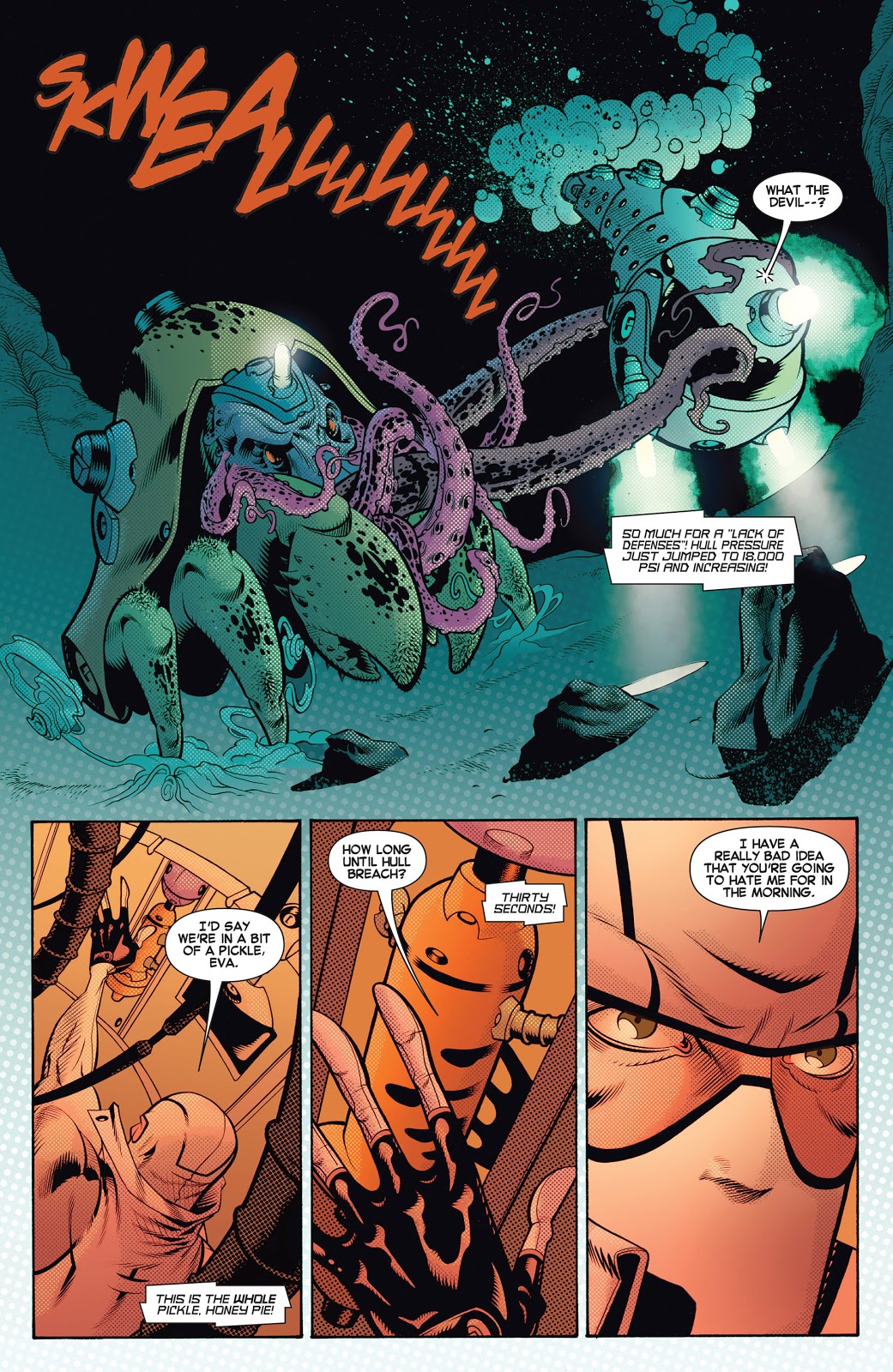 Fantomex was Grant Morrison’s creation, a homage to the European Diabolik, but given greater weight via an additional dose of conceptuality when it came to his background. What’s relevant here is that he’s able to steal the world’s best protected items and he’s helped by E.V.A., a holographic artificial intelligence programmed with the personality of a lovestruck woman. Shawn Crystal’s spectacular looking opening sequence supplies the cinematic thrills of Fantomex pulling off an impossible robbery, which introduces us to his skill set.

Fantomex’s inspiration is arch, and that’s the mood Andrew Hope attempts to instil as he has him go about his business tossing off bon mots, or arguing with E.V.A. remotely during life and death situations. It’s meant to be light and frothy, but transmits as constructed, the characters all given voices that make them sound as if they’re reading lines. This applies equally to the bad guys, every last one an offensive potty mouth because this is Marvel’s Max imprint, and, hey, people are allowed to swear or grope titties. It’s disappointingly obvious, as if Goldfinger or Doctor No dropped c-bombs while boasting about the woman they’d pulled in a club the previous night. It’s a pity as the plot itself is sound, suitably widescreen and with an imagination lacking in the personality creation. Fantomex is lured somewhere certainly inhospitable and possibly inescapable. The primary villain has some gravitas, even if he doesn’t sound that way, and Hope adds some interesting background to Fantomex and E.V.A.

Crystal’s contribution is crucial, supplying the threats with a wonderfully unsavoury gloopiness, and ensuring Fantomex is always confidently striding about where he’s not wanted. He’s great with the design and the machinery, but inconsistent when it comes to people, unable to make up his mind whether to embrace the full distortion or try for cartoon realism. The indecision has E.V.A.’s holographic form looking more human than the other featured women.

So, some work to admire, some to despair, a curate’s egg of a graphic novel that doesn’t work as intended, but has its moments.