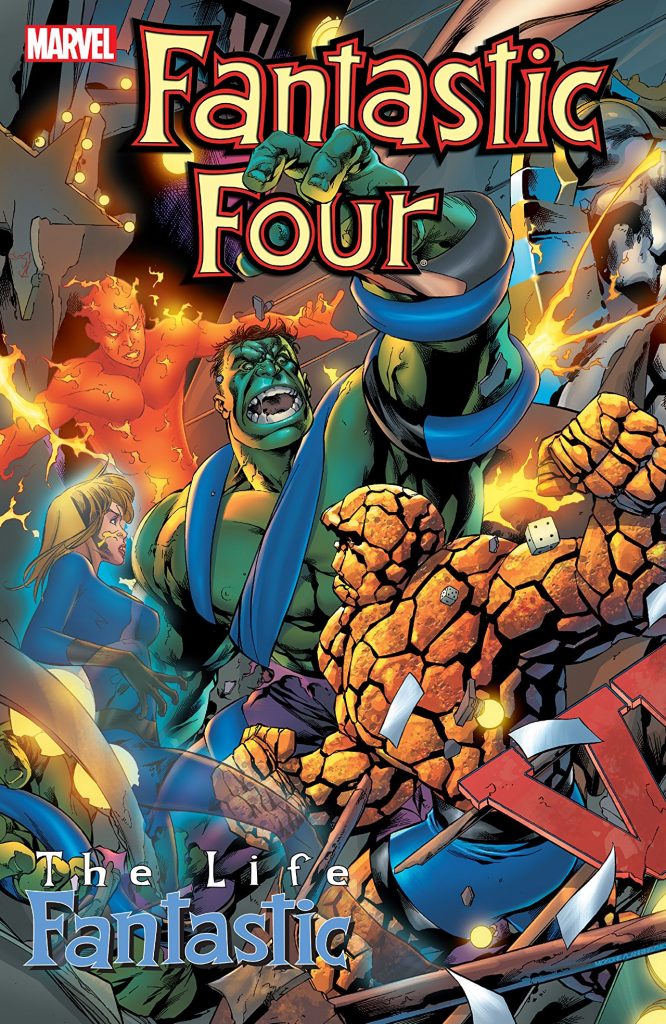 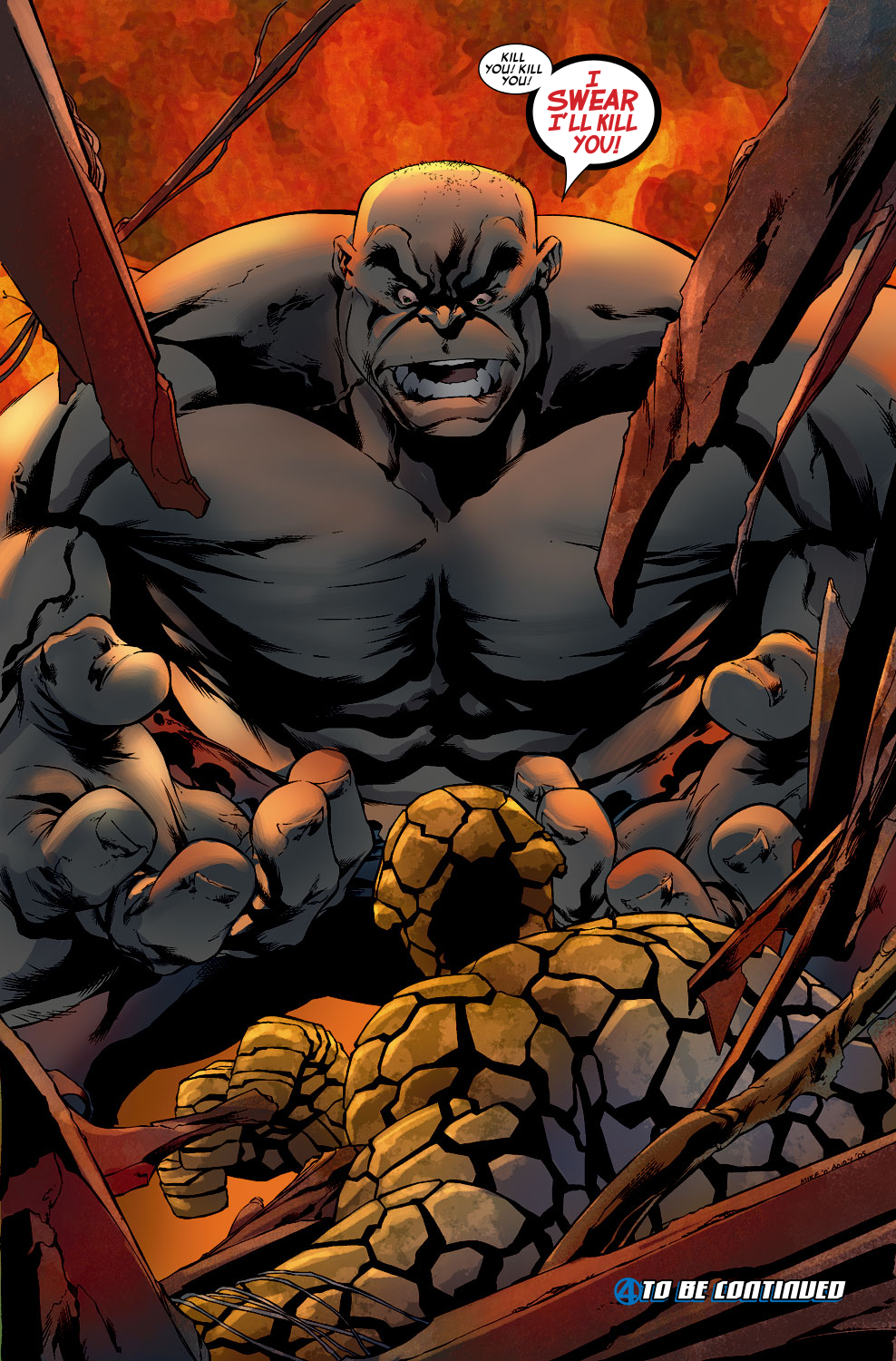 Given the way J. Michael Straczynski and Mike McKone’s Fantastic Four stories broke down into individual chapters there’s a reason for this collection splicing three episodes of their continuity with three stories by other creators. It’s awkward, however, and the resulting contrast of events is a messy fusion.

A fantastic opening sequence just features the Hulk, and from there Straczynski takes the Thing and the Human Torch to Las Vegas to confront him. It’s a reverse of volume one’s emphasis, with the problems of Reed and Susan Richards taking a back seat as the spotlight swivels to the other two members. The problem here is that no matter how spectacularly McKone draws the Thing fighting the Hulk, it’s a scenario most comic fans have seen several times before, and there’s not enough different about this to make it a compelling read. In fact counterpointing the violence with the Hulk’s inner feelings leads to scenes that will puzzle anyone who doesn’t know the Hulk’s history. It turns out the best part is the way Straczynski solves the sub-plot concerning the problems the Richards’ were having.

The title strip again concentrates on Reed and Sue, originally issued as a wedding anniversary special, and Karl Kesel hits on the interesting idea of having Reed and Sue meet themselves from various points in their lives, some older, some younger. He’s worked out the logistics, and is good at conveying the characters at different ages, but despite some touching glimpses enlightening the past, and decent art from Drew Johnson, it never really catches fire.

Kesel also writes the final story, introducing it via some nice bantering dialogue among the Fantastic Four members, subtly establishing their personalities and abilities. As a story it’s the collection’s highlight, a relatively simple plot, but well written and credible. Lee Weeks draws good machinery, details and expressions, but isn’t quite so good when it comes to full figures. It involves time travel, and the Human Torch saving the day.

Seeing the events of the past recapped as if old comic pages is always enjoyable, but here it proves the best of Casey Jones’ art. His choice of arranging his panels on a page to incorporate areas of space serves no real purpose, and his cartoon versions of the cast lack the proper imposing quality. Dwayne McDuffie’s plot doesn’t help, stretched thin with arch dialogue as Reed Richard has dinner with Doctor Doom. As an interlude in a larger story it might have worked, but as a story on its own it’s fragmented.

After all these interruptions Straczynski and McKone head into Civil War next.