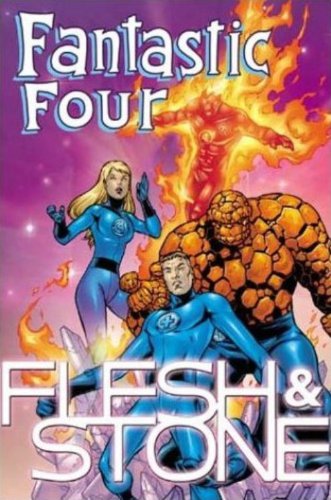 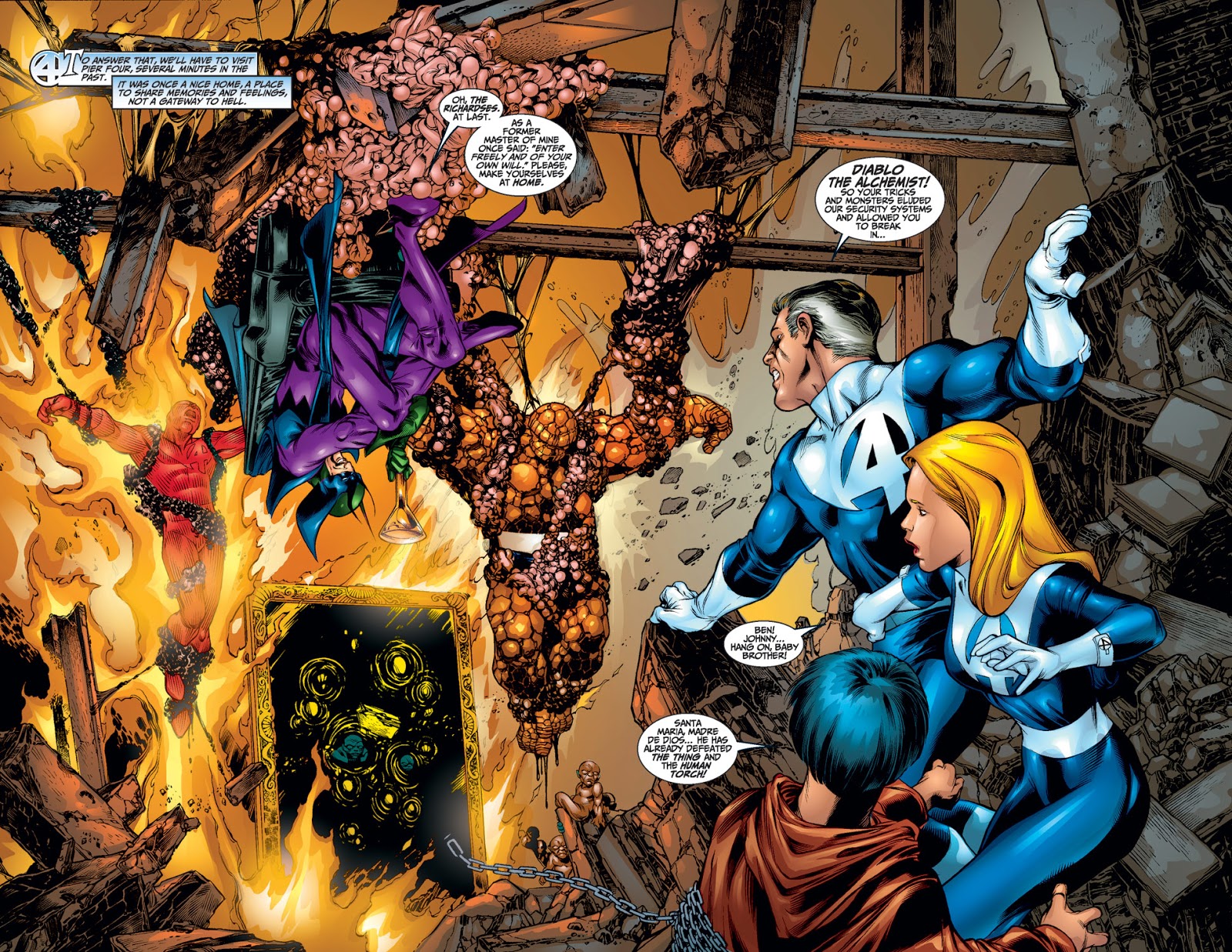 Flesh & Stone is the first collection of millennial Fantastic Four stories featuring the writing and art of Carlos Pacheco, generally a solidly entertaining run with some great superhero art, but one that has a shaky start here.

Known as a dynamic artist, Pacheco was an untested writer, but collaborated with Rafael Marín, already with several novels under his belt in Spain. They certainly don’t lack for ideas, and the pages look great, but the dialogue has clunky moments, and there’s a lot of it, along with large narrative captions. The run begins with the Fantastic Four almost bankrupt and with little choice but to accept a buyout of much property, both physical and intellectual, by the Gideon Trust, a charity set up via bequest of a now dead former foe. It’ll have later repercussions. While that’s going on alchemist Diablo returns to attack the Fantastic Four, and after that the Super-Skrull and the Grey Gargoyle drop by.

There’s a lot of good here. Pacheco and Marín conceive novel ways around problems, and Pacheco being the artist ensures the story is told allowing some great visual moments, epitomised by the new Baxter Building headquarters. Diablo looks good, but the story doesn’t really gel, although it begins an agenda of applying greater thought to exactly what Sue Storm is capable of using her projected invisibility force fields. Also nice is the idea of the Thing being really friendly with mop-up and reconstruction company Damage Control via repeated contact, but it’s only with the final two stories that the gears mesh. They confirm that the Gideon Trust are as sinister as everyone expected, intending to exploit the resources of the Negative Zone, a plot that plays out in the following Into the Breach, and there’s a change to Ben Grimm.

By the time the collection ends there are several dangling sub-plots, which do their job of intriguing. Hereafter Jeph Loeb joins the creative team to provide a greater polish to the printed scripts, and the quality heads up.