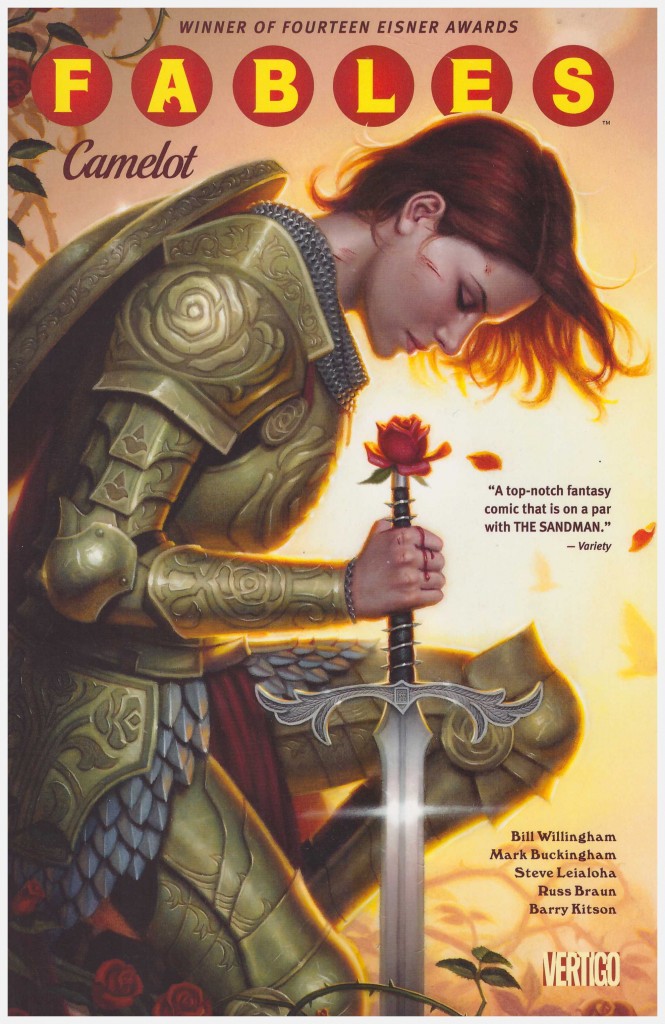 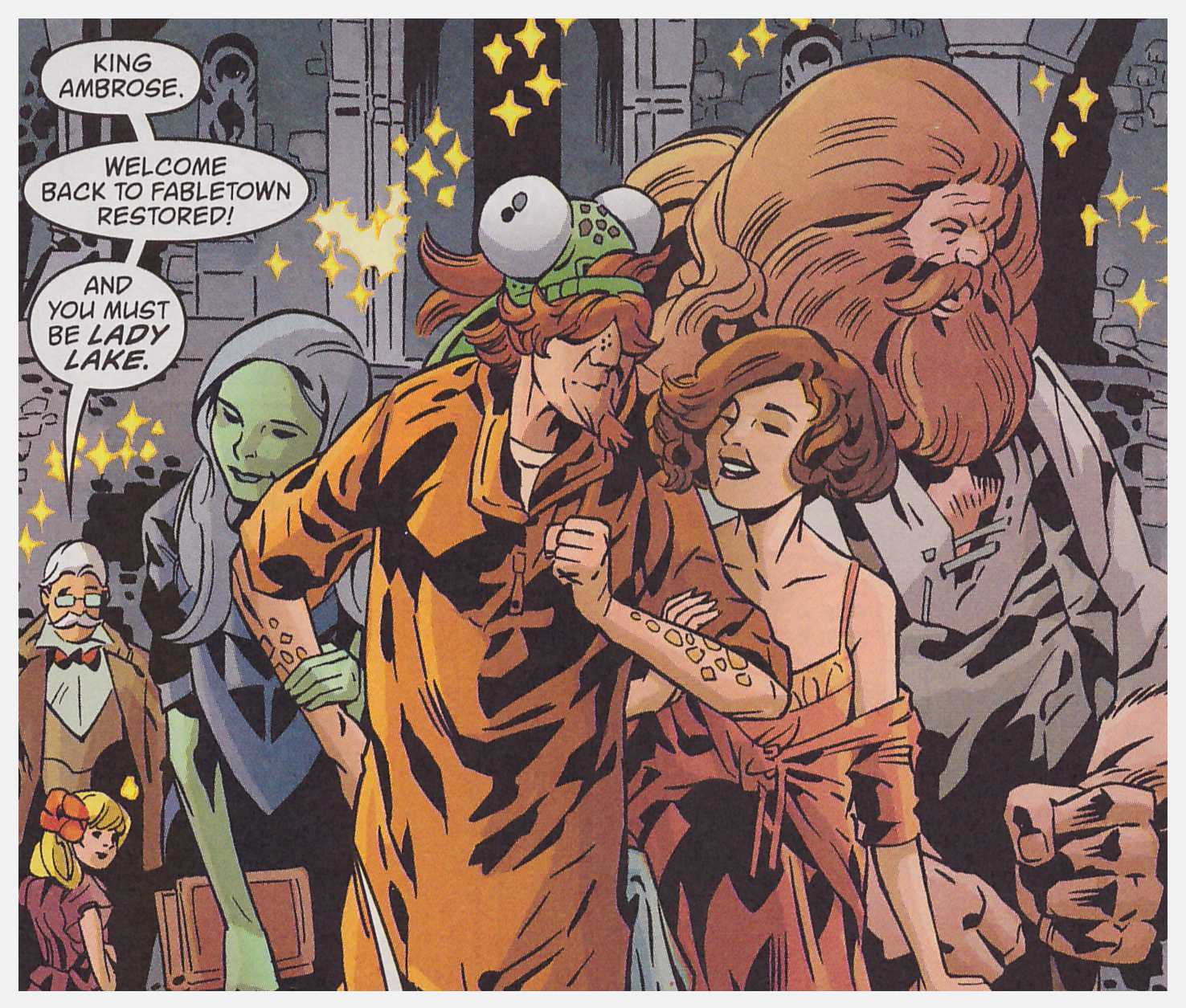 The regular reader will find many rewards in this volume, but it’s probably not the place for newcomers to start as the emotional impact will be diminished. This is particularly true of an excellent interlude chapter featuring a conversation between two seemingly dead characters.

The stories seemingly unconnected to the main narrative are a mixed bunch. Barry Kitson and Gary Erskine illustrate a bizarre story of the monsters within a house. It has a few decent moments, but a poorly pitched and unnecessary final panel and the feeling of filler otherwise. Better is ‘The Boys in the Band’ beginning with a narrative caption explaining that the adventure leads to the irrevocable destruction of Fabletown. How’s that for a teaser? Willingham plays fair, though, and if the final caption’s not what readers expect, isn’t that a positive thing? The art, a rare pencil and inks job from Steve Leialoha, serves as both a reminder of how good he is, but also of what he brings to Buckingham’s art. Russ Braun delivers an imperious and malign Gepetto’s satisfaction in seeing a plot come to fruition. Will it have a later significance? Well, this is Fables. The penultimate volume is Happily Ever After.