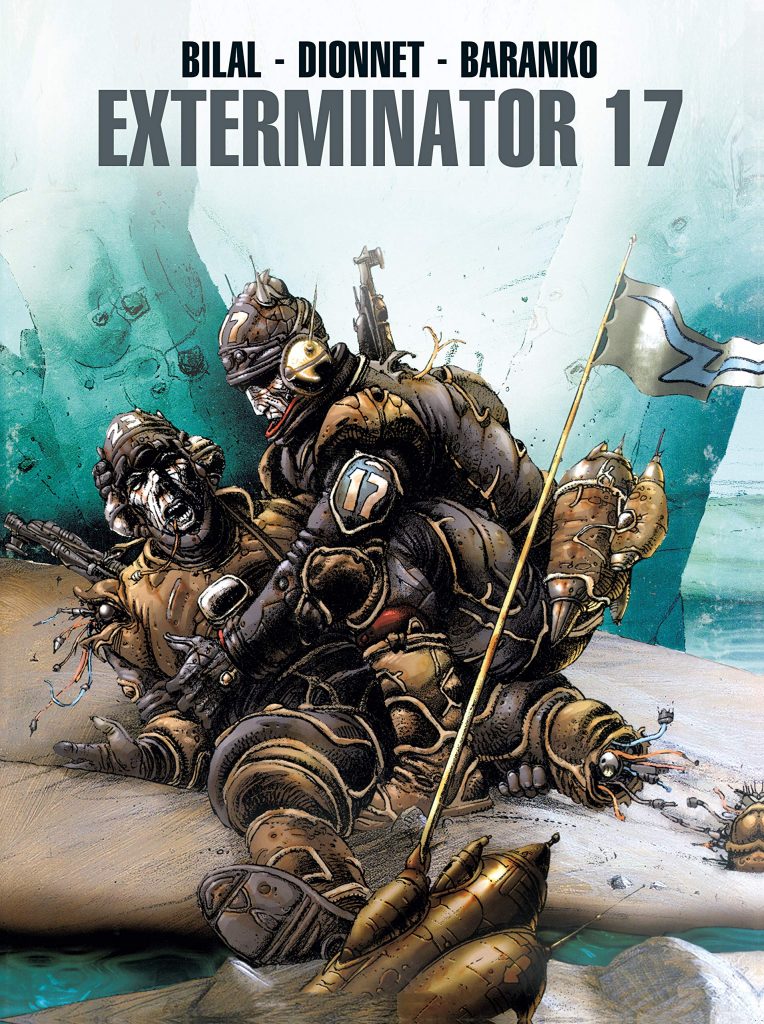 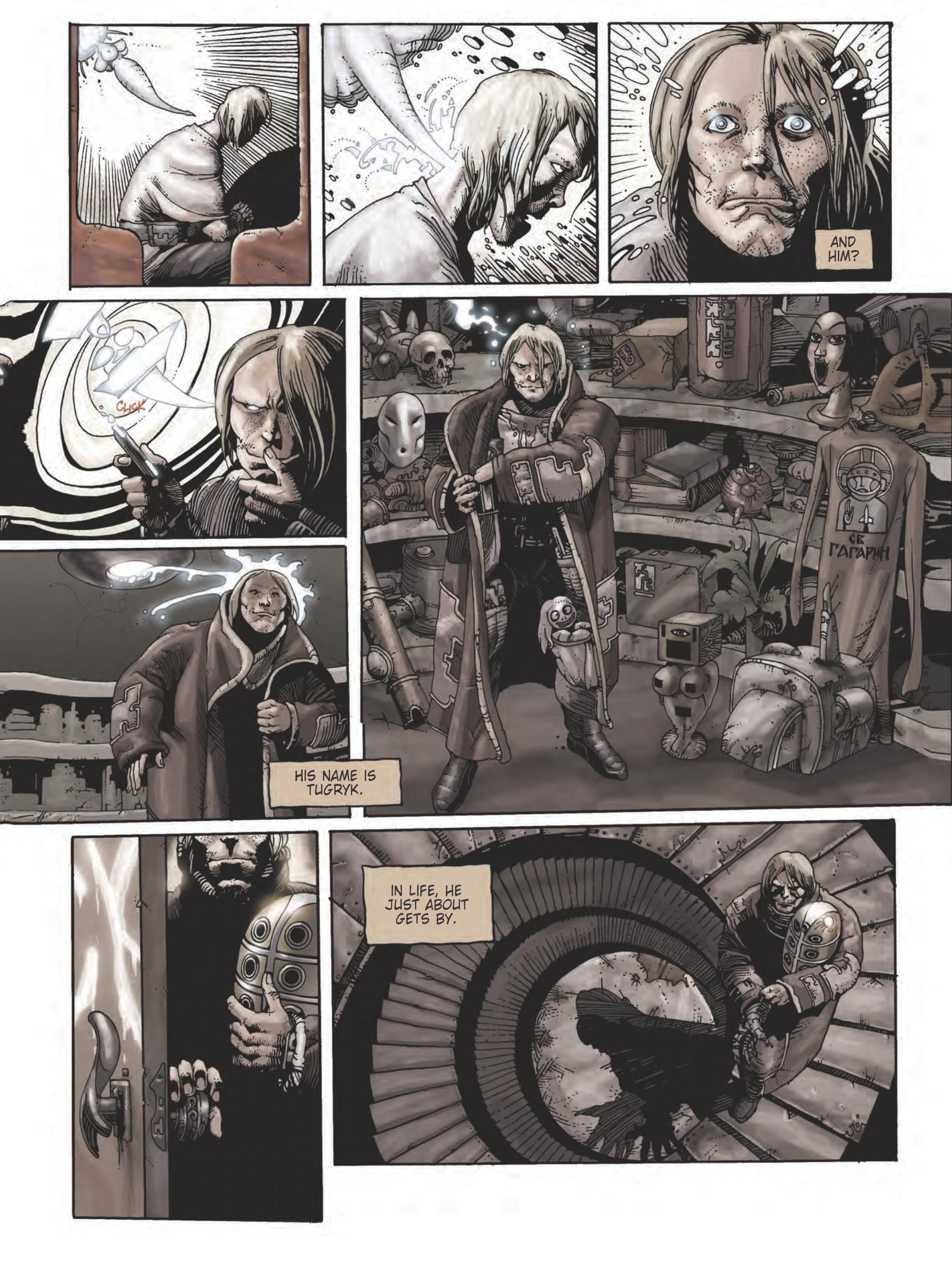 When first serialised in Heavy Metal during the early 1980s, Exterminator 17 rapidly developed an enthusiastic following, and the first of the four albums included here has seen two previous English language editions. Jean-Pierre Dionnet’s story is imaginative science fiction about a genetic engineer with a lifetime of regret given an opportunity to make amends, superbly realised by Enki Bilal whose artistic creativity matches Dionnet’s invention. The grubby realism and thematic intensity hasn’t dated, and for a longer review follow this link.

In 2002 Dionnet returned to his idea of humanity having colonised the stars, and created ‘The Ellis Trilogy’, named after an overcrowded planet home to the flotsam and jetsam of Earth’s overflow. There’s little that goes on without Don Allesandro knowing about it, as he runs his galactic criminal empire from Ellis. As before, many thoughtful little touches in passing characterise Dionnet’s approach: “Did you know, Celanto that before snow used to be white?” asks Don Allesandro, “Isn’t that just a myth we tell the children to make them sleep?”, his companion replies. He’ll diverge over and over to include such minor moments not because they service the plot, but because they’re an interesting diversion. He also shows a fascination for how societies are structured, and offers some opinions on how the future will be shaped. There’s a prescience about “From then on the actual reasons for a conflict or the subsequent deaths didn’t matter, all that counted was what we were shown”.

Baranko’s art doesn’t quite have the same visceral punch of Bilal’s pages, that having a lot to do with this being his first work, which can be scrutinised for a fascinating selection of influences. Bilal’s designs are obvious, but there’ll be a face that looks like the work of Carlos Ezquerra, a figure that seems to be Richard Corben, and in the final chapter the conceptual presence of Moebius. It’s fine company to be keeping, but it’s also only on that final chapter that we consistently see what Baranko’s capable of when he lets loose, as he combines the ancient and the modern and finally excises some of the stiffness from his art. There’s a strange editorial decision to not only re-colour the original story, but alter the colours used in French editions of the 21st century work, to give everything a washed out sepia look. The barest hints of primary colours occasionally emerge, but there are definitely times when the colour is unimaginative.

Exterminator 17 is seen, but as a peripheral presence over the opening book, taking a larger role thereafter in what until the final chapter comes across as a more traditional crime drama, but in an exotic setting. It’s clever, cinematic and absorbing, but only in the final stages does the sequel match the mind expanding qualities of the first book.