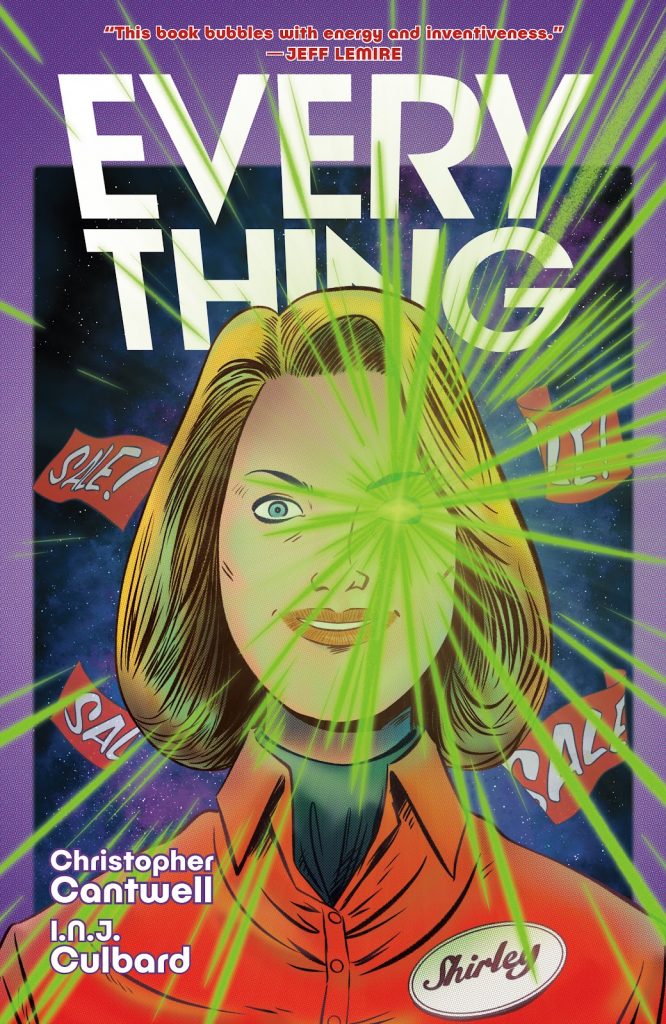 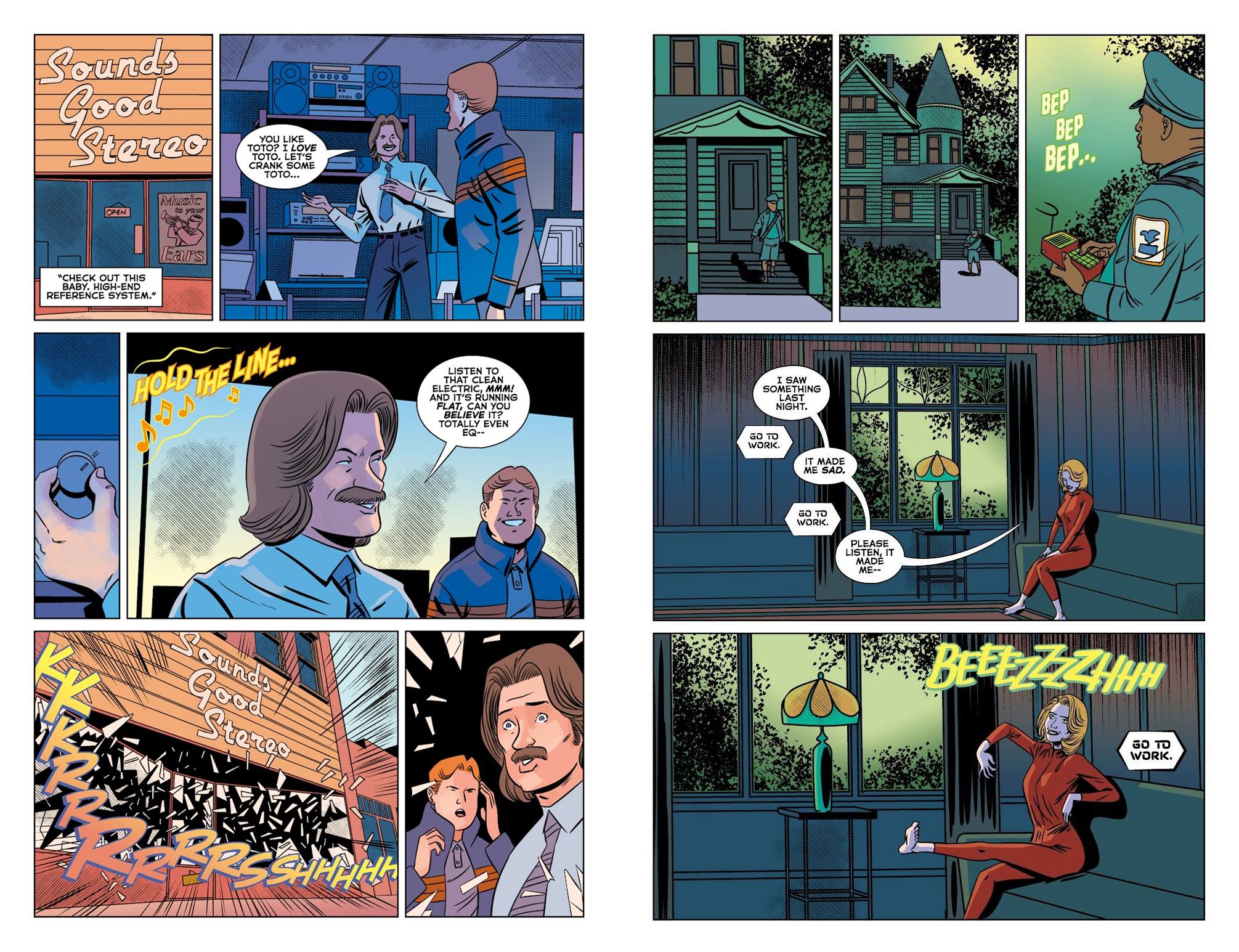 In 1980 the Michigan town of Holland could do with a break, something to spread a little joy in people’s lives, and that seems to have come with the opening of a massive new department store. No sooner has it opened, though, than Holland begins experiencing strangeness. On a small scale it’s Lori’s nosebleeds, the city manager unable to rid his house of ants, and the windows in the local stereo equipment store blowing out, but further up the scale it’s inexplicable deaths.

Christopher Cantwell and I.N.J. Culbard’s form of horror is that of everything appearing normal, but with a subtle disturbing undercurrent. It’s revealed early, to readers at least, that the Everything store and its manager are sinister, but Holland’s unfortunate inhabitants are left wondering why things are no longer normal.

Everything touches a disturbing nerve, and it’s a really effective synthesis of writer and artist. Much is left wordless, so it seems as if Culbard takes the greater responsibility for the unease it generates, but he’s presumably following a script, meaning Cantwell is the source. It channels a sort of dream logic along with 1950s black and white SF films, and it’s continued for most of the book, yet one big revelation when it comes is surprisingly simple and technology many readers will be aware of.

Also, a department store may be the focus, but the entire ethos of it, the way it circumvents civic inconveniences and the structure seems designed to bring Disney to mind. Or is that just what’s being beamed into your mind? After all, the story content is separated by advertising for the store, and there sure are a lot of dots on those pages. That’s the way Everything makes you think. 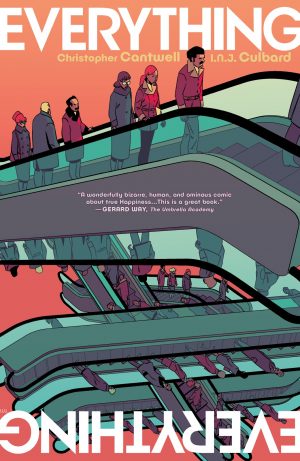 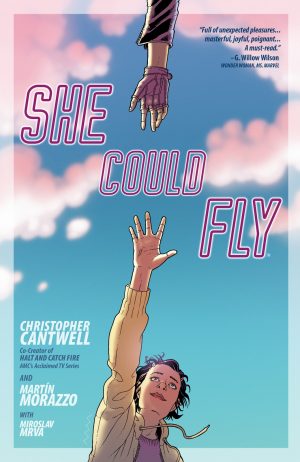