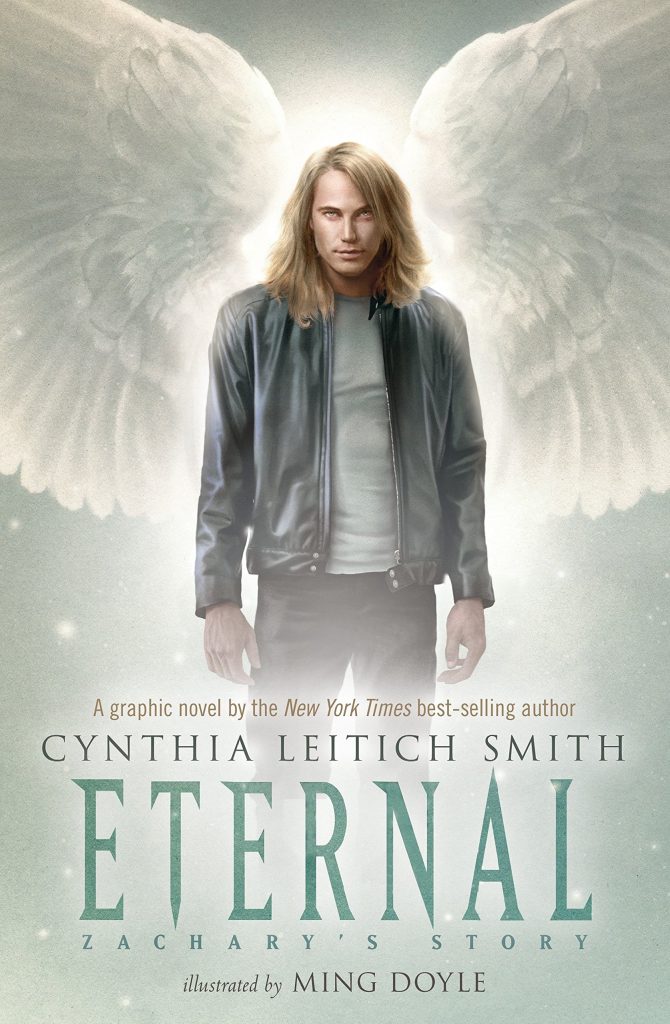 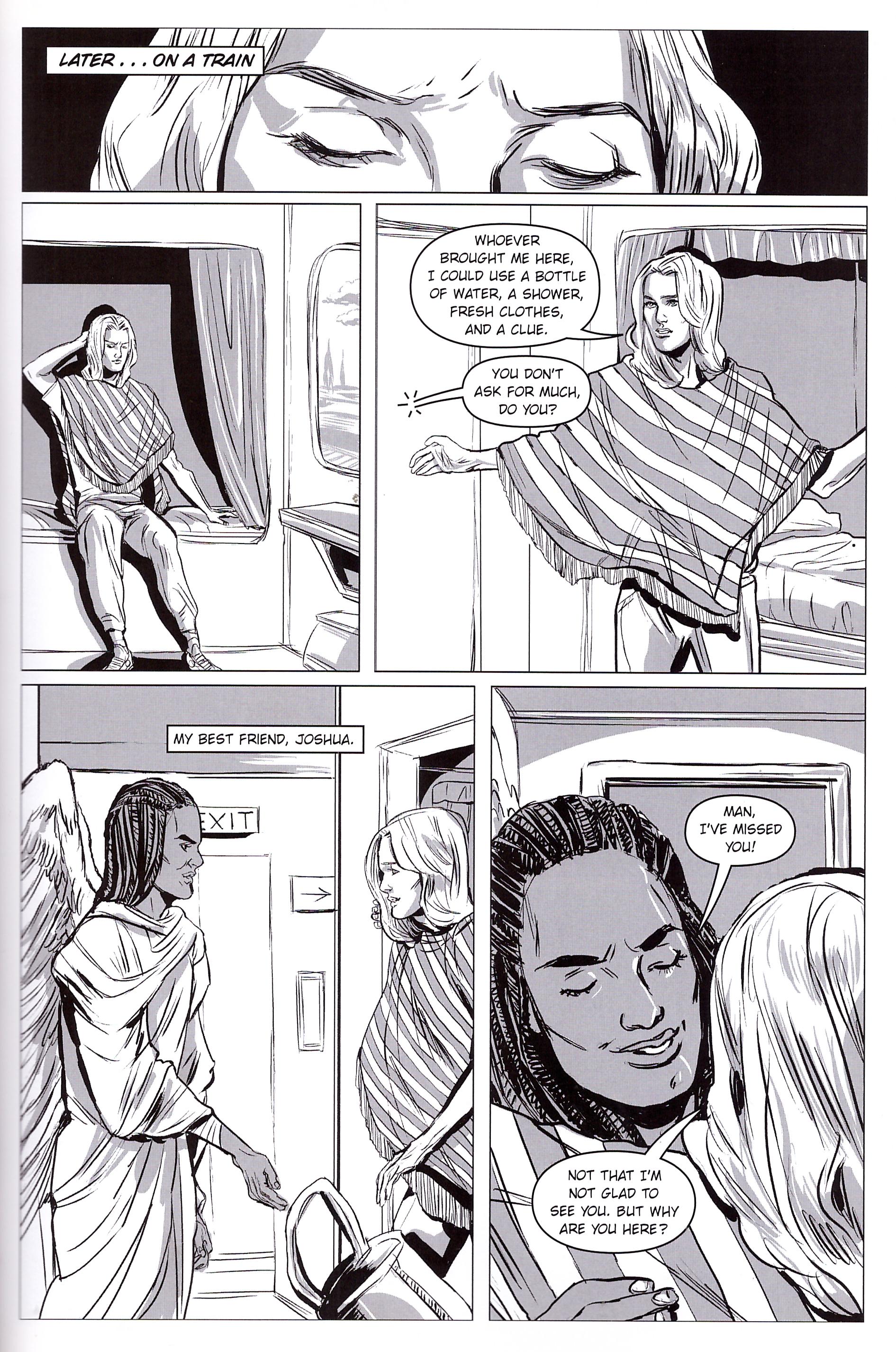 Zachary is an angel, a guardian angel, yet one stripped of his wings and reduced to human when he shows himself in order to prevent his charge, Miranda, toppling into a grave. After a prolonged period of wandering he’s given the opportunity of redemption by going to Chicago and killing someone on behalf of Archangel Michael. This is Dracula by any other name, master of a vampire household, and who do you think is his second in command?

Cynthia Leitich Smith has carved herself out a fair percentage of the young adult gothic horror romance market with her tales of angels and demons in a shared universe, and Eternal first saw the light as prose fiction. Perhaps the story reads better as a novel, because the graphic novel is dismal in places, a ridiculous, intelligence insulting hodge-podge of vampire cliché, and at times it’s difficult to hold back the laughter at the pompous dialogue and ludicrous situations. So much is so predictable, and when something genuinely surprising occurs it’s because even the intended young adult audience will have worked out there’s a plot hole. Zachary’s astonishingly ignorant of the rules governing his position (so that they can be explained to the audience), and if there’s a convenient moment for something to happen, then it will.

Ming Doyle hardly seems impressed either, drawing the prerequisite glamorous people in basic fashion in basic backgrounds. When they’re out in public there’s barely anyone else to be seen unless needed for the script, night or day, and the only occasions when Doyle lets herself go is in creating paintings, often cleverly reflecting the story circumstances at that stage.

Perhaps the novels are better, but this hardly tempts anyone to sample them. If you are enthused, however, Tantalize: Kieran’s Story has also been adapted as a graphic novel.