Eat and Love Yourself 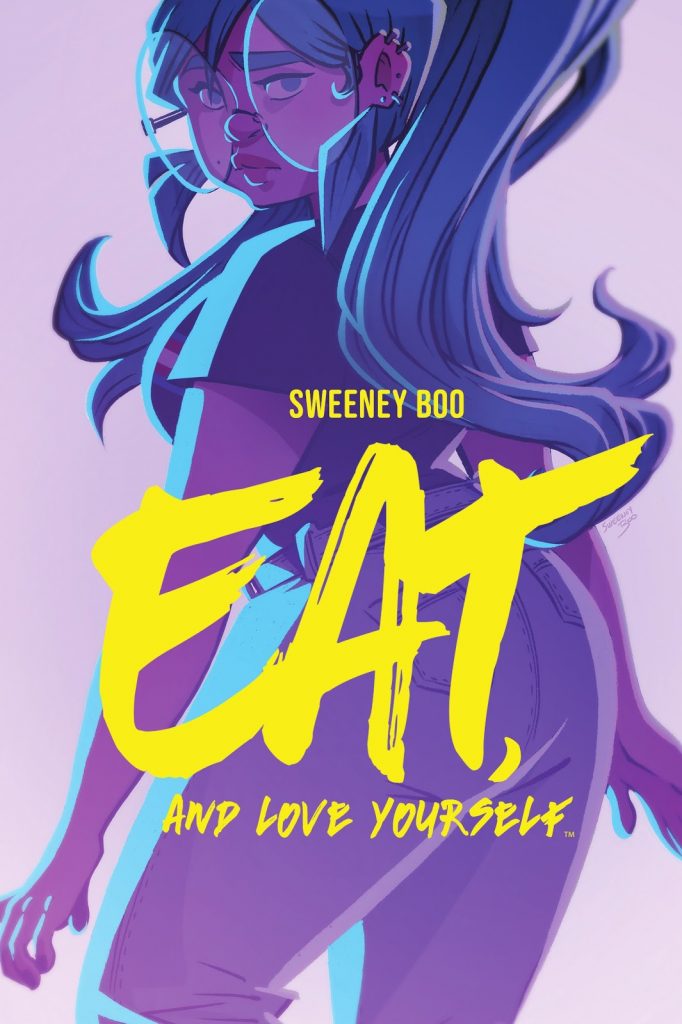 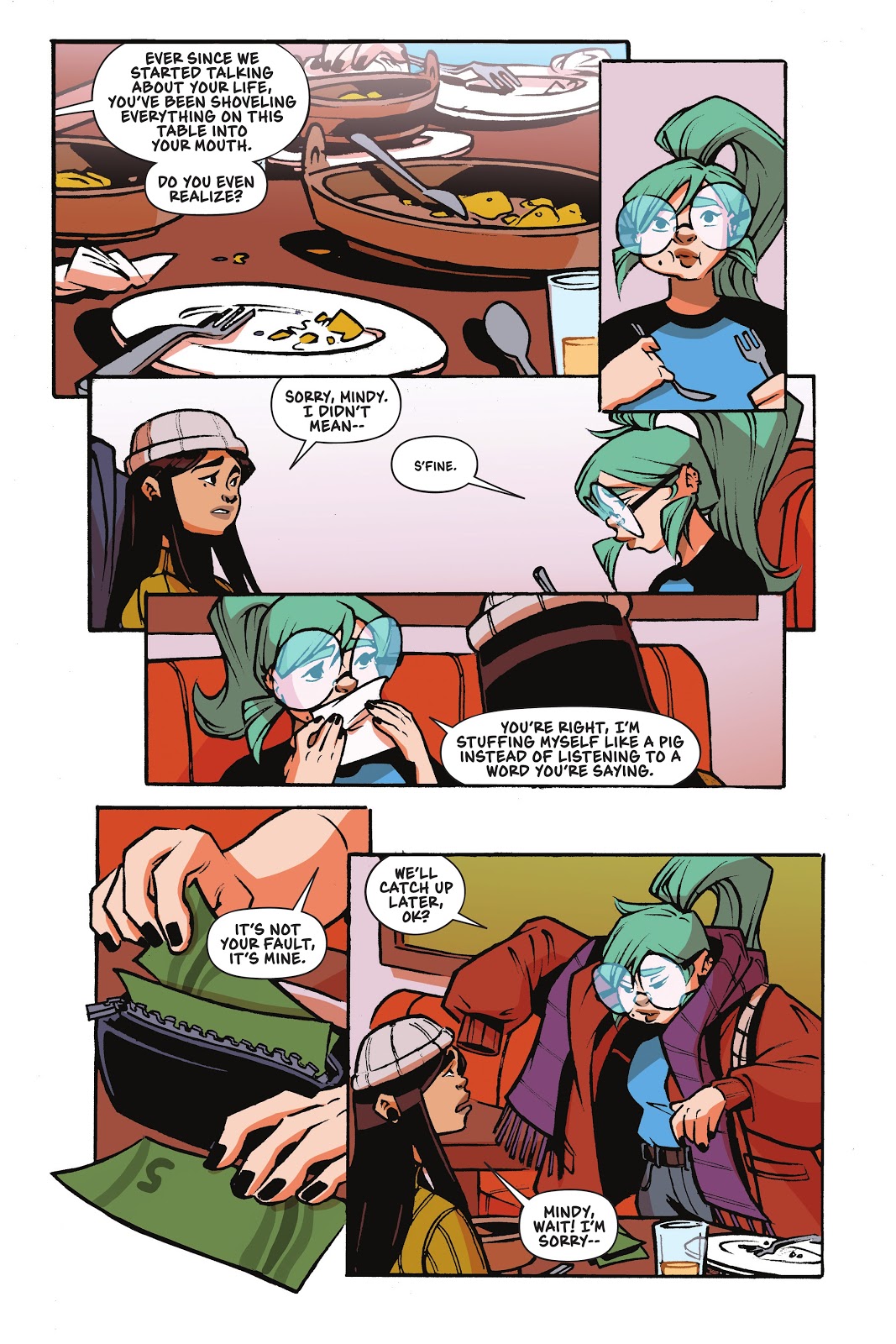 Mindy is not the way she wants to be. In a world that constantly reinforces a single body type as attractive, Mindy doesn’t have that body, and she’s constantly concerned about that. The concern leads to comfort eating, leaving her trapped in a cycle, but there appear to be deeper issues needing to be addressed.

Having set that up, Sweeney Boo dives right in. In addition to being the book title, in-story Eat and Love Yourself is a chocolate bar that Mindy picks up as an impulse purchase. One bite, though, sends her back to witness her childhood, and several further visits to the past follow. Mindy’s father is shown as impatient and grouchy, concerned about his daughter, but unable to express that concern in terms that don’t distress. When her best friend Shae highlights Mindy’s cycle of depression (see sample page), it prompts a long dark week of the soul.

Boo’s voyage of discovery for Mindy has its heart in the right place in offering solid advice to the young adult audience it’s aimed at, but prioritising Mindy’s mood by continually resorting to several wordless pages of self-reflection results in a rapid read, short-changing on plot. Once the topics of eating disorder and low self-esteem have been introduced there’s very little progress. The magical realism of the chocolate bar enabling Mindy to view her past is a nice touch, but the process to self-acceptance is slow. Even allowing for a form of depression, Mindy’s not a very sympathetic character, harsh on herself, and harsher on others, and the resolution is unconvincing.

It leaves Eat and Love Yourself’s greatest strength as Boo’s cartooning. There’s a natural expressive quality to her lines, and what she builds from them, but the result is an attractive looking book that ultimately disappoints.