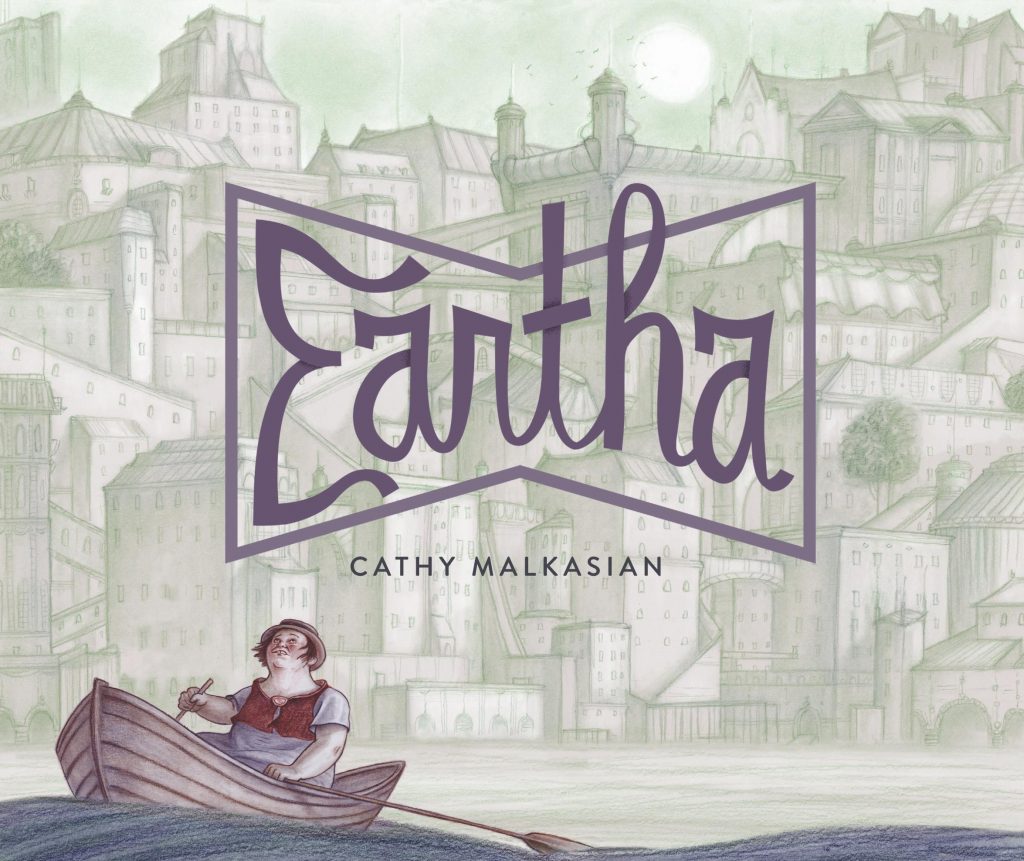 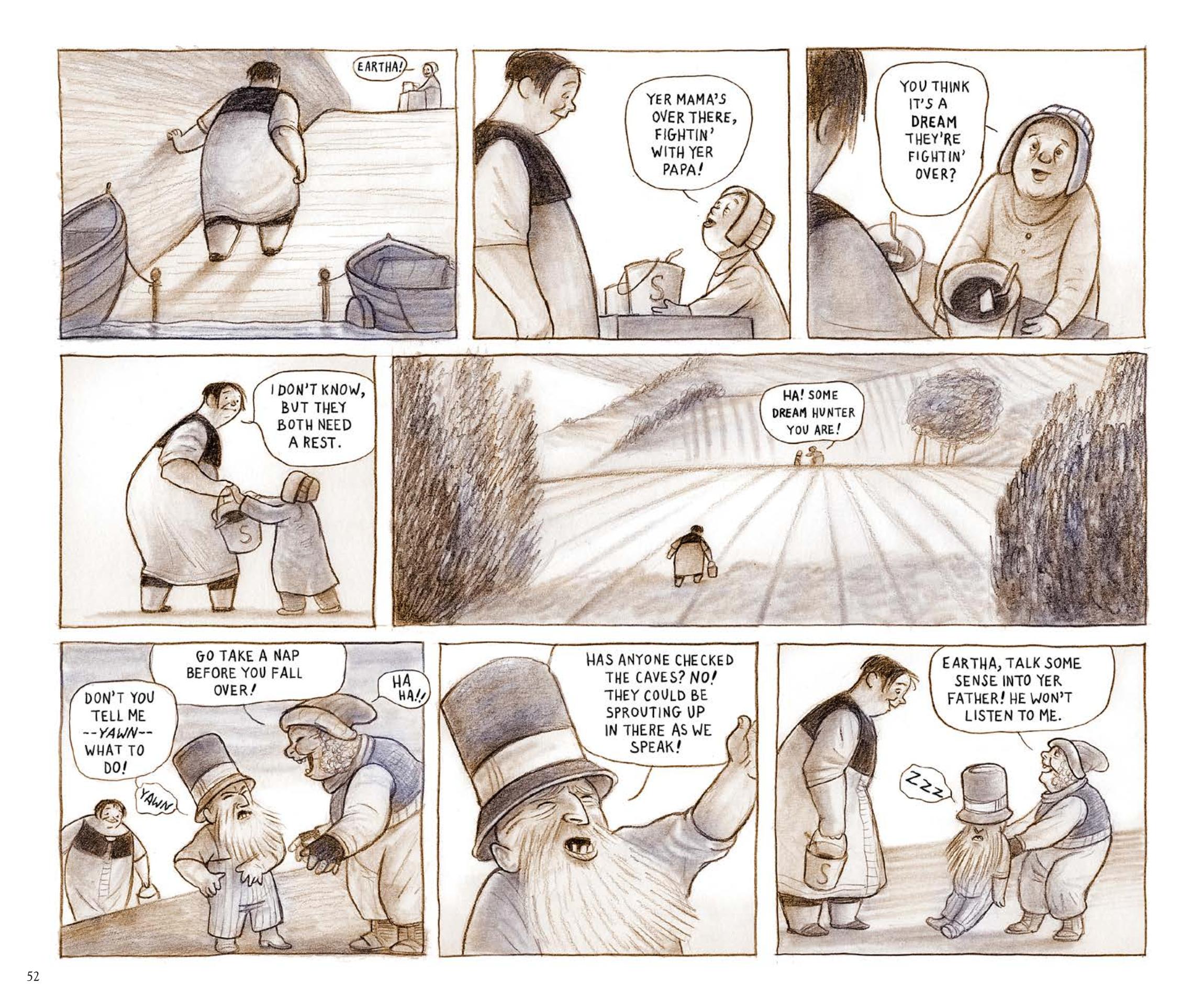 In Echo Fjord Eartha is beloved. An anomaly over twice the size of anyone else in her community, her strength is an asset, and her quiet and obliging personality ensures she’s universally admired. Echo Fjord is an eccentric and remote rural location, and its most troublesome occurrence is the appearance of dreams from the distant city dwellers. Still, some careful application of shadow and the dream can be contained until it expires. Dreams are important to those in Echo Fjord as they impart knowledge of a city no-one’s visited for a millennium, so are catalogued, but lately they’ve become far fewer, and those that do arrive are disturbing.

Cathy Malkasian’s fable about dreams is invested with an appropriate dream like quality, both via a fragmented narrative that for much of the book avoids explicitly spelling matters out, and via the engaging softness to the art. Eartha is concerned about floating away like dreams, so weights her shoes, and Malkasian differentiates the locations via changing the shade of her pastels.

The fully realised oddness of Echo Fjord is a triumph, with an impressive attention to detail regarding how the society functions. Eartha herself is by far the strongest character in her own graphic novel, which is appropriate, but not enough of the supporting cast are invested with personality. Perhaps its another dream reference, in which people can become mere vessels for the messages they transmit, but the occasional strong cameo character such as her mother, who enjoys transitory hallucinogenic experiences, are welcome. The best of these is the cantankerous old dream archivist, who has a secret and a mission for Eartha. Inevitably, she must visit the city.

When she does, Eartha becomes less engaging. A contrast with the pastoral serenity of Echo Fjord was narratively inevitable, and equally predicitable is that Eartha will meet the dreamers whose dreams she encountered earlier, although there are still neat ideas, such as news being transmitted by biscuits whose price inflates the worse the news is. Malkasian incorporates some commentary on the human condition, touching on the manipulation of emotion and insecurity for commercial gain, but the dreams of others are a divisive subject. For every person endlessly fascinated there’s someone unutterably bored by them, and for those people an eventual explanation of these fictionally contrived dreams will prove no more fascinating. Those enamoured of strange dreams and their possible explanations will enjoy Eartha far more.

The sheer off-kilter weirdness of Eartha carries it a long way. It’s a graphic novel presenting an utterly unique, coherent, creative vision, infused with no shortage of ideas coalescing for a fully realised experience, so the appreciation depends on connection, and that won’t be universal.