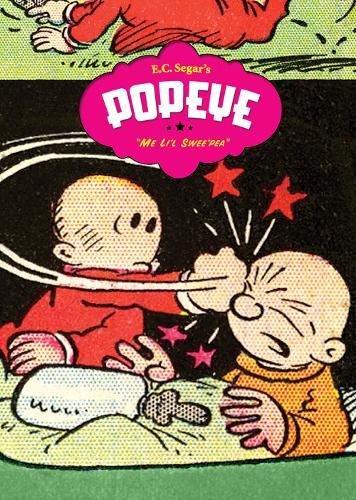 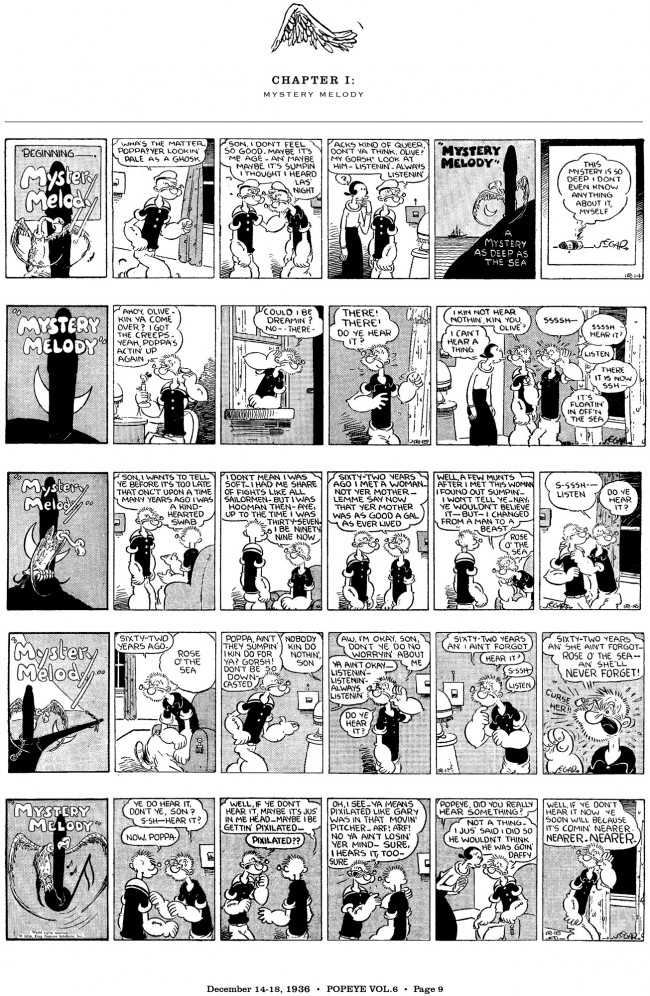 This final volume of E. C. Segar’s magical Popeye tales begins with ‘Mystery Melody’, wherein Popeye’s shamefully disreputable dad Poopdeck Pappy is haunted and hunted by the sinister Sea Hag. Her ghastly Magic Flute is employed to irresistibly lure the old goat back into the clutches of the woman he loved and abandoned years ago. The tension and drama mounts when the Hag approaches another old flame – J. Wellington Wimpy – and uses the reprobate’s insatiable lust (for food) to help capture Poopdeck.

As always, the black and white daily continuities are separated from the full-colour Sundays, the monochrome mirth and mayhem covering December 14th 1936 to August 29th 1938. There’s a decided change of pace for the next storyline, showcasing Popeye’s big heart and sentimental nature as he takes a destitute and starving waif under his wing. However, his kind-hearted deeds arouse suspicions about his motives as Segar skilfully balances social commentary and pathos with action and slapstick comedy. Naturally, Olive gets completely the wrong idea and tracks down her straying beau, a case calling for the return of ace detective and former strip star Castor Oyl.

The final full Segar saga began on 15th November 1937 with Popeye and Wimpy drugged and shanghaied. Capable of fighting his way back home, Popeye agrees to stay on as he needs money to pay lawyers appealing Pappy’s prison sentence. He quickly changes tack on making an appalling discovery. All this time Olive, guided by the mystical tracking gifts of the Jeep, sails the seven seas in search of her man.

In the middle of this tale Segar fell seriously ill with leukaemia. Assistant Doc Winner’s illustrations carry ‘Valley of the Goons’ to conclusion, but this tome excludes the all-Winner adventure ‘Hamburger Sharks and Sea Spinach’ before resuming with the May 23rd instalment by the apparently recovered Segar. Sadly, although coming back strongly, within three months Segar had relapsed. The adventures end here with his last strip and a précis of Winner’s eventual conclusion.

The full-colour Sunday pages run from 20th September 1936 to October 2nd 1938, a combination of star turn and intriguing footers. The largely one-off gag strips, have the Sailor-Man fighting for every iota of attention whilst his mournful mooching co-star becomes increasingly more ingenious in his quest for free meals. Segar wisely peppered the Sundays with longer episodic tales, one extended endeavour featuring the eponymous star of this volume. Rambunctious tyke Swee’ Pea was never an angel and as he steals jam and frames Eugene the Jeep the search for a culprit proves he’s precociously smart.

The impossible task of civilising Poopdeck Pappy covers many months, with no appreciable or lasting effect, and Segar’s increasingly imaginative uses of his cast impresses. Subsequent strips introduce Swee’ Pea’s mother, feature Wimpy’s pursuit of a woman whose father owns 50,000 cows, and a possible Martian invasion. Segar’s advancing illness affected his output, resulting in a production gap of almost six months, although when he resumes, the gags are funnier than ever, especially a short sequence where Pappy shaves his beard and dyes his hair to impersonate Popeye and woo Olive. The last strip Segar signed was published on October 2nd 1938. He died eleven days later.

With this marvellous yet painfully tragic final volume, the most creative period in the saga of the true and only Sailor Man closes. The last strips are often augmented or fully ghosted by Doc Winner, but the intent is generally untrammelled, leaving an unparalleled testament to Segar’s incontestable timeless, manic brilliance for us all to enjoy over and over again. 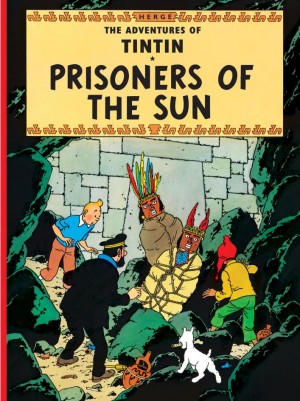