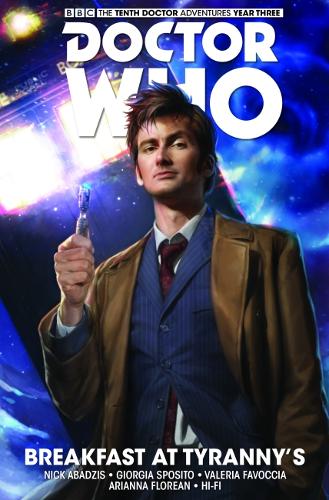 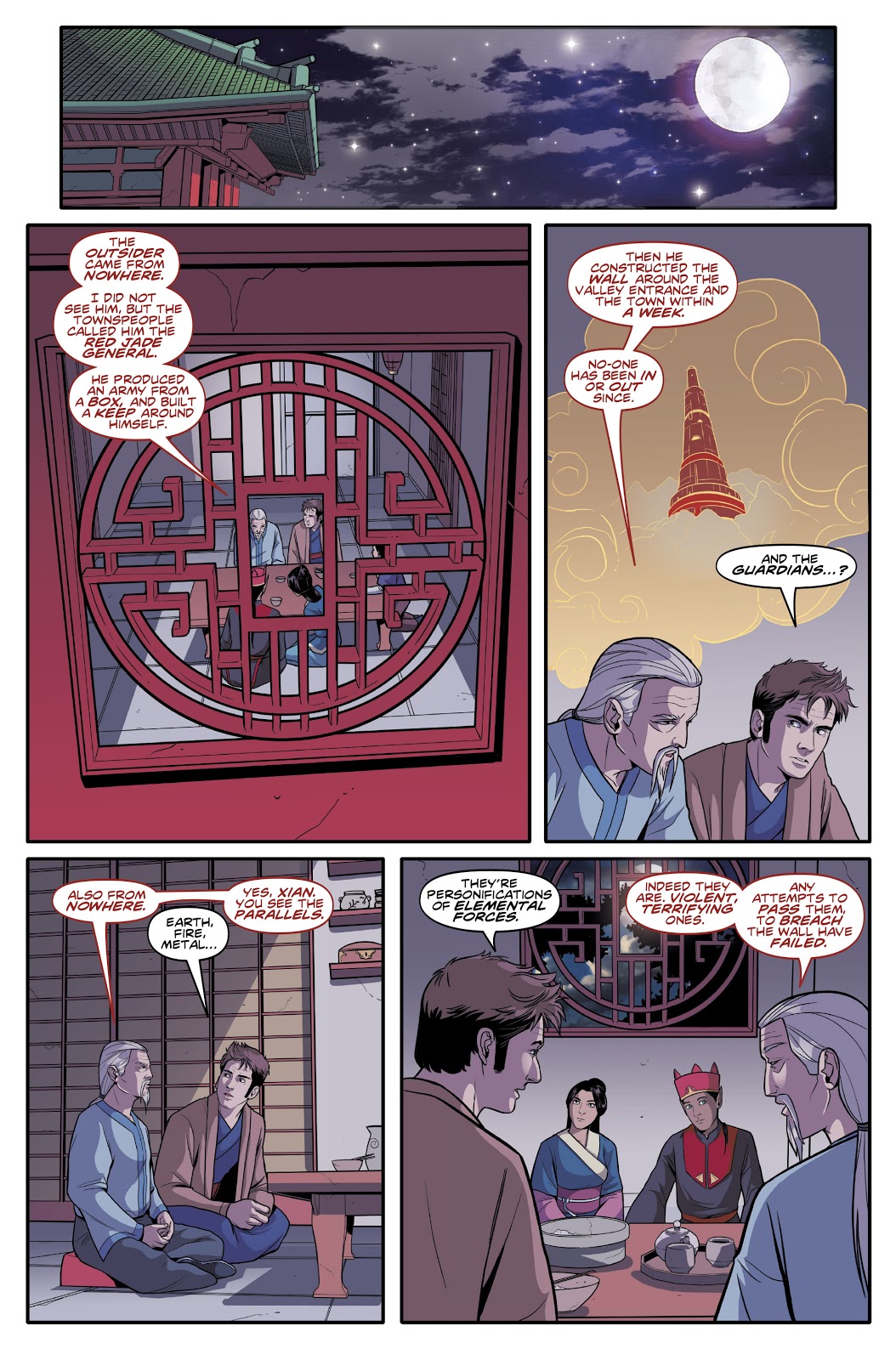 When we last saw the Doctor, Gabby Gonzalez and Cindy Wu they’d been present as the universe was saved, and they’d played a significant part. All in all not a bad day’s work. That was then, though, in War of the Gods, and now they’re all back in present day New York, seemingly with no memory of what happened. There’s also a strangely Egyptian looking dog wandering about. It’s an intriguing way into a puzzling situation as we see the familiar faces, but not the way they ought to be.

Also intriguing is the way Nick Abadzis has expanded the cast. Anubis was left transformed from the way he’s been earlier, lacking much memory of that in fact, and although there are visual similarities to the way he previously was, Noobis is a kinder and gentler soul, but still with incredible power at his disposal. It comes in useful over what are two separate stories connected by the same threat. During the course of that Abadzis experiments with the storytelling, and having sections of a stopover in ancient China told as a legend passed down through the ages is particularly charming. Deserving equal credit for this is artist Giorgia Sposito, who keeps things simple, but decorative as she supplies gorgeous looking period costumes and buildings.

Breakfast at Tyranny’s is a book of two halves. The title story is perfectly acceptable Doctor Who, although it echoes familiar scenes, but the storytelling methods used, Sposito’s art and the more original plot make ‘Sharper Than a Serpent’s Tooth’ a real standout. It emphasises the importance of imagination in creativity and perhaps over-stresses the idea of individuality within a collective toward the end, but that is integral. A final nice touch deals with Cindy’s ancestry.

It’s not really apparent from these stories, but as he’s done over previous arcs, there is an over-riding plot, this time round given the title Facing Fate, and that continues with Vortex Butterflies.