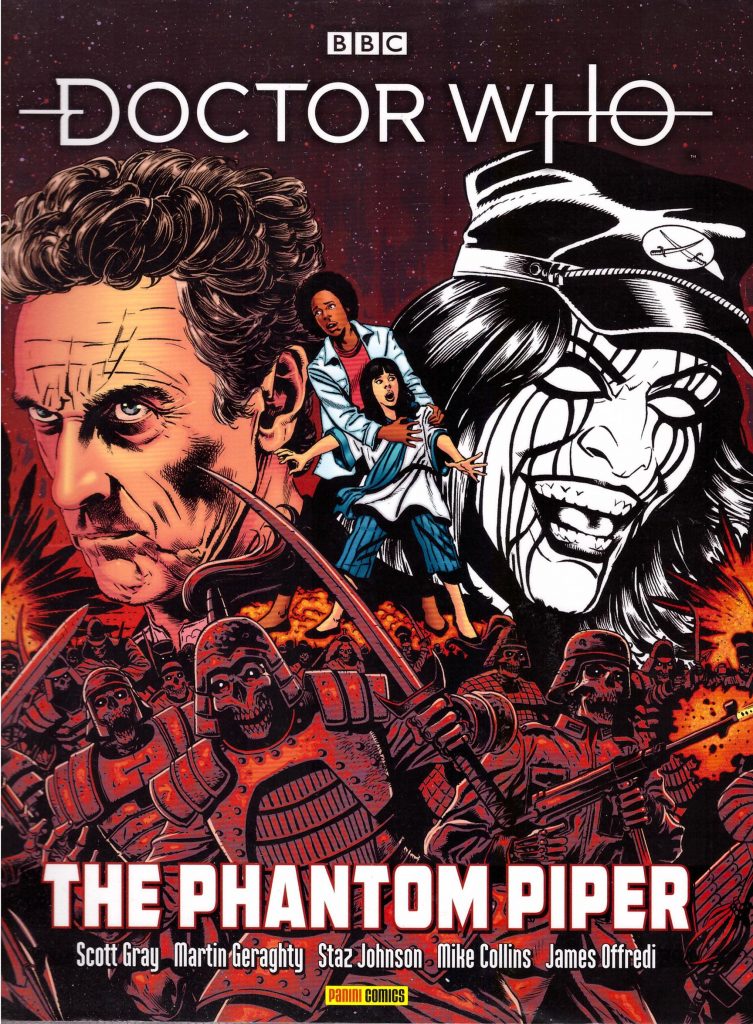 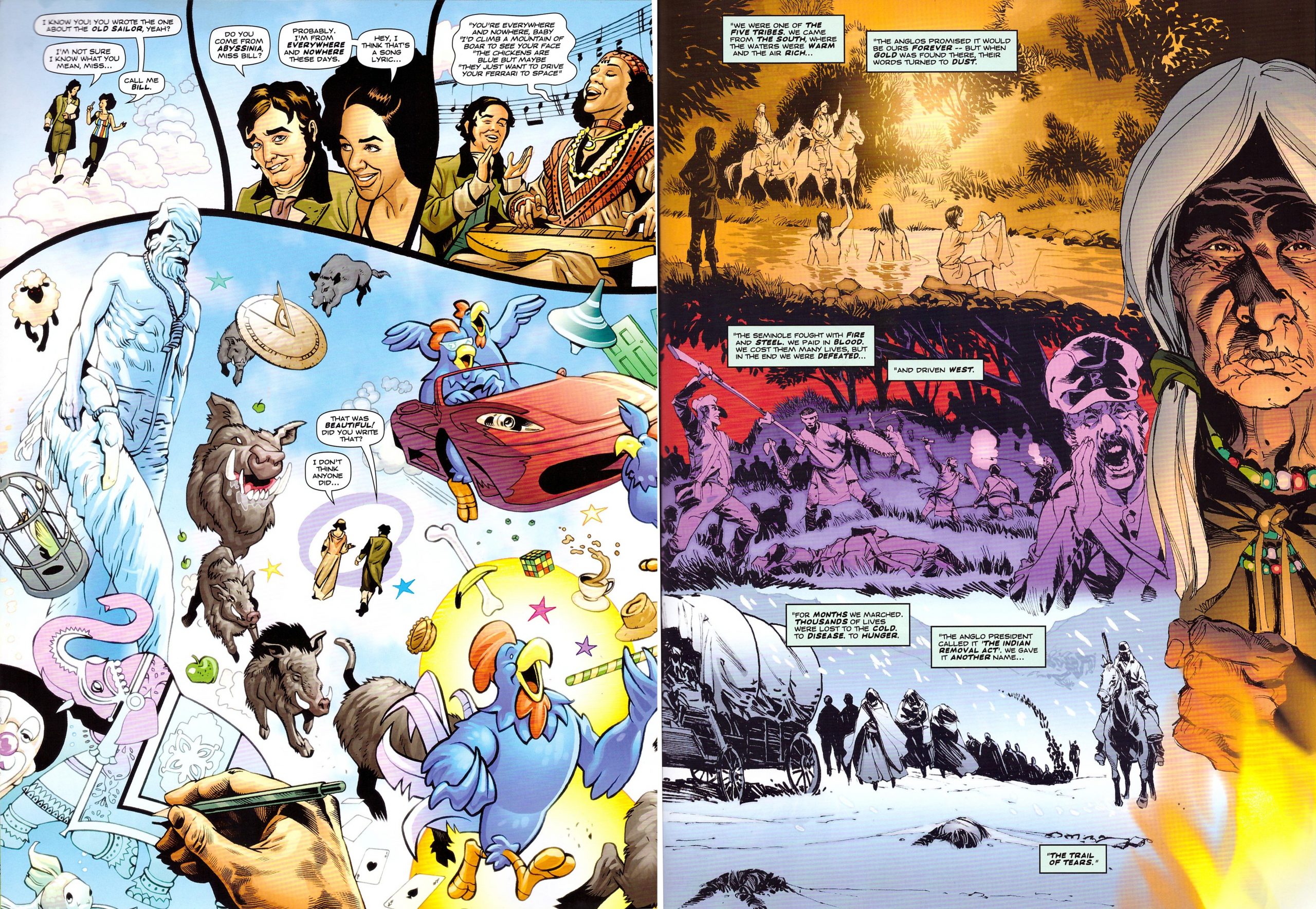 This fourth collection of twelfth Doctor strips from Doctor Who Magazine sees the return of Scott Gray to write everything, three stories extending over several episodes, and one shorter piece. After stories of the Doctor in 1970s Brixton in Doorway to Hell, Gray felt it was time to get the Doctor back into space and Bill Potts had by then appeared in the TV continuity.

In plain type, describing the opening story as featuring the dreaming late 18th century poet Samuel Taylor Coleridge, a narcissistic billionaire, and shambling intelligent plant life doesn’t do it justice. Gray’s imagination is fully operational in extrapolating from Coleridge’s hallucinogenic Kubla Khan poem, and the joy is in the small details such as the way the Doctor and Bill go swimming or the fabulous whimsy of Martin Geraghty’s dreamworld (sample art left).

‘The Parliament of Fear’ is Gray’s Horror Western, inspired by his research into Bass Reeves, an extremely successful late 19th century lawman, almost entirely absent from the history books due to his being black. Gray does Reeves proud in a tale completely removed from the previous story, nicely drawn by Mike Collins and Staz Johnson (sample art right).

While serviceable, the weakest art in the book is Gray’s own on a short change of pace episode, where the skill is in matching the mood of the TV show with an interesting looking cast in a restricted setting. Gray returns a character who’d had a cameo role in one of his earlier stories, fleshing out archivist and librarian Matildus.

‘The Phantom Piper’ closes with the title story, at five chapters the longest in the book, and the best. Gray has been planting hints of a threat to come, which will eventually lead into the following collection, The Clockwise War, but this prelude is bizarrely imaginative, even if you’ve not read The Child of Time, from which Gray pulls a lot of his background. It’s partly a tribute to the genius of Alan Turing, partly the dogs of war slipped loose and entirely engrossing. Gray delivers an excellent version of Turing, considering him beyond his genius to his on the spectrum personality, and even comes up with the neat visual effect for the villain, so nicely given life by Geraghty.

Something Gray and the artists keep in mind throughout is a duty to spectacle. Over the decades the TV Doctor Who’s special effects budget has increased immensely, but would it extend to a troop of flying Owlmen, Coleridge’s hallucinations, or the hordes of historical soldiers? Probably not without considerably denting the budget for other episodes in the series. Spectacle is guaranteed, and all the stories entertain, with the title piece excellent.

As ever, there are extensive notes, comments and sketches in the back from all creators involved, far more detailed and enlightening than those usually accompanying graphic novels.