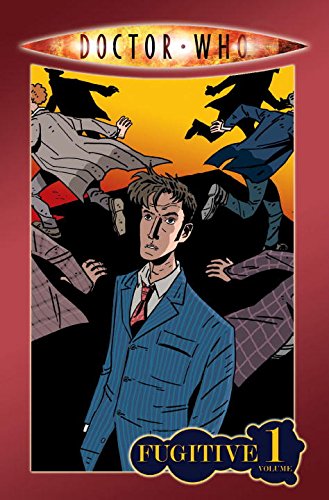 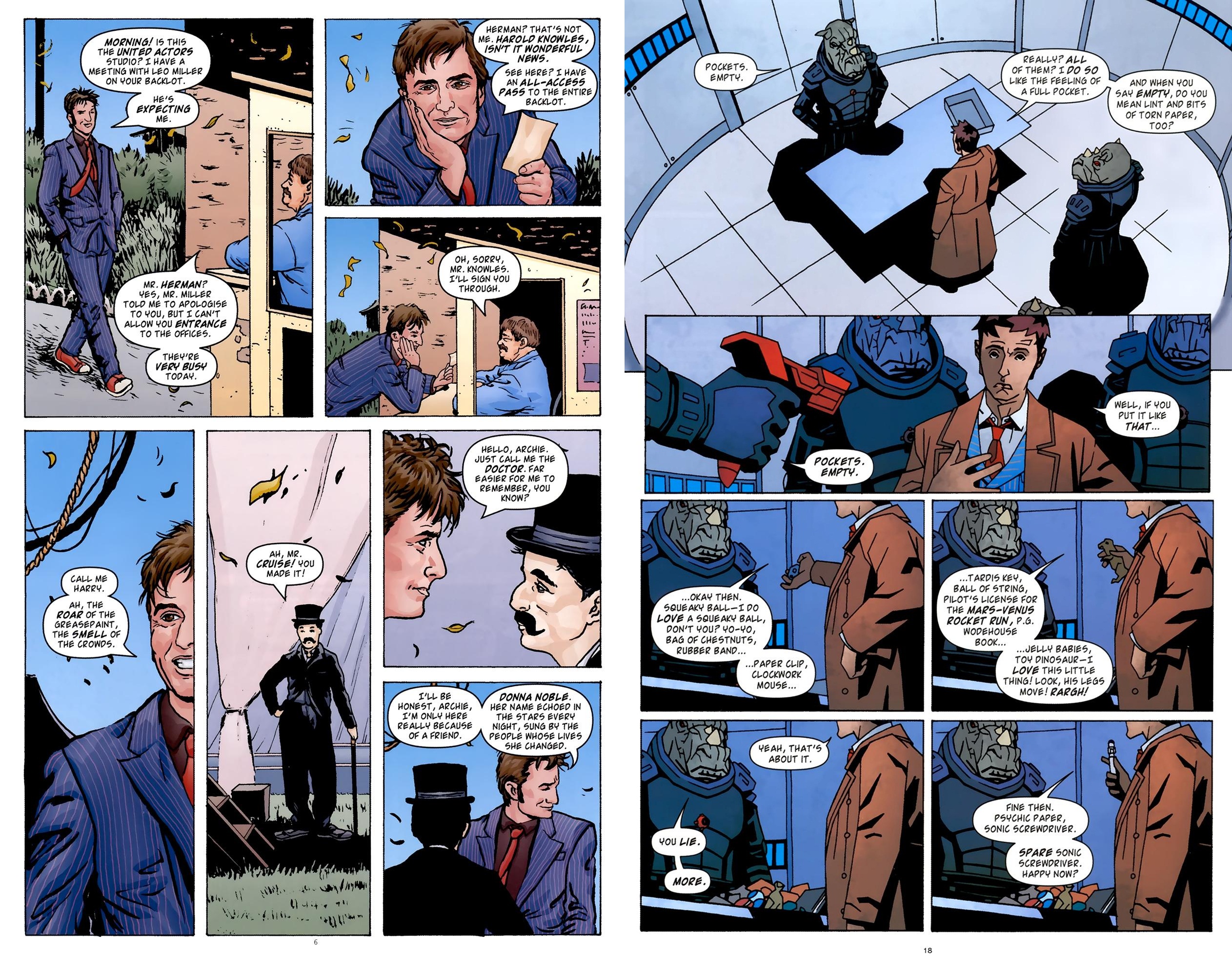 In Fugitive Tony Lee begins what becomes a very good Doctor Who adventure over three consistently improving graphic novels, although the continuing aspect only becomes apparent in the good final few pages.

‘Silent Scream’ has the Doctor in 1920s Hollywood, often in the company of silent film star “Archie Maplin” with his distinctive moustache and boater hat. It’s an excuse for Lee running though a compendium of silent comedy’s greatest moments with the Doctor influencing most of them. It’s clever, with one sequence devolving into black and white complete with inserted caption panels, but double edged, as only a small percentage of readers will realise what Lee is doing, and if you don’t know, the story will seem random slapstick, which isn’t as satisfying. The ending is rather random also, a jumping off point for the four chapters of the title story. Lee’s very good at conveying David Tennant’s whimsical dialogue pattern and Al Davison’s art captures Tennant nicely. He’s also got a nice sense of design, at one point mixing together railway tracks and film images

Matthew Dow Smith illustrates the four chapters of ‘The Fugitive’, which begins with the Doctor on trial for multiple transgressions of the rules governing time and space. It’s a problematical story. Lee seems to know his Doctor Who history inside and out, or has researched very thoroughly, because fully understanding much of the personality items and plot motivations depend on having watched some episodes of the TV show, or at least knowing some obscure aliens. If you don’t know Mr Finch, you’re going to wonder about his over the top cartoon villainy. Perhaps he was that way on the TV show, and Lee’s version is 100% faithful, but he doesn’t come over as a well rounded character. For those who do understand all the references, the plot of diplomacy and insurrection may come across a little better, but from the outside everything seems too easily achieved from Finch’s ascendency to the Doctor’s method of winning the day. Smith is a less demonstrative artist than Davison, and his spiky people operate in brief glimpses, as if stopped by a flashbulb.

Plot threads continue in Tesseract. In the UK Fugitive is technically unavailable for licensing reasons, but is easily found, and is part of The Tenth Doctor Archives volume two along with Through Time and Space.