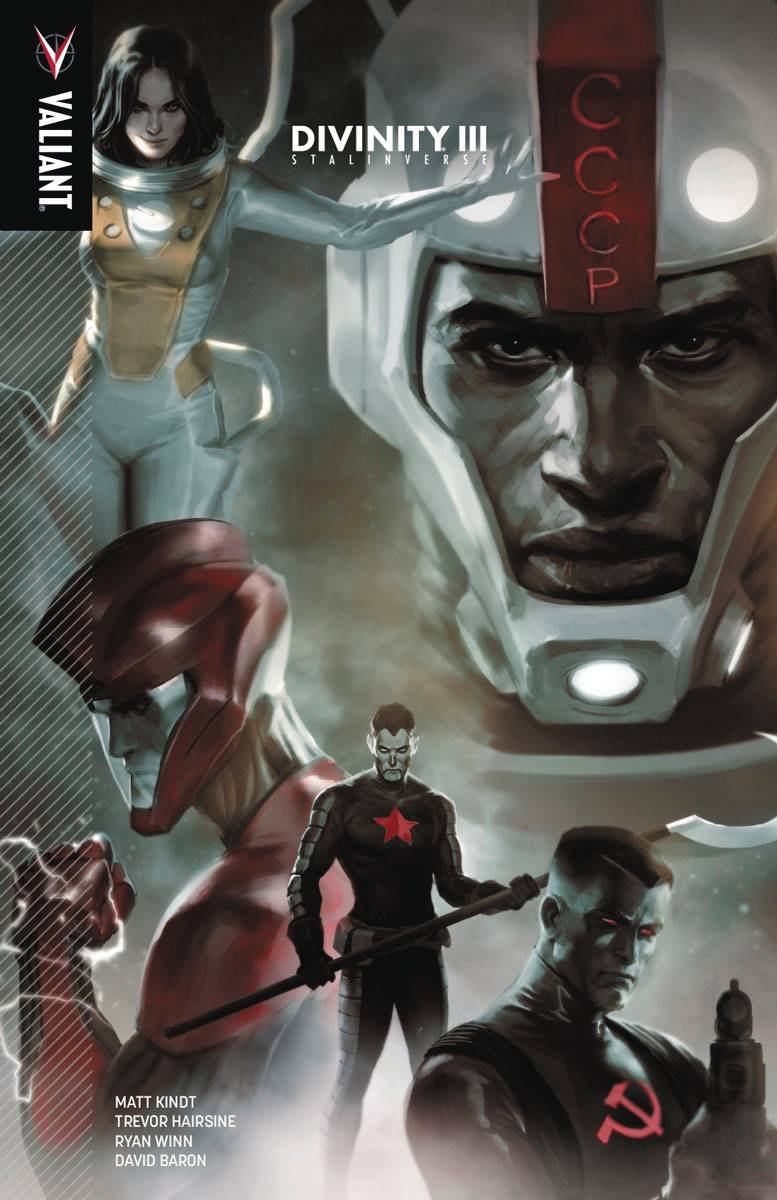 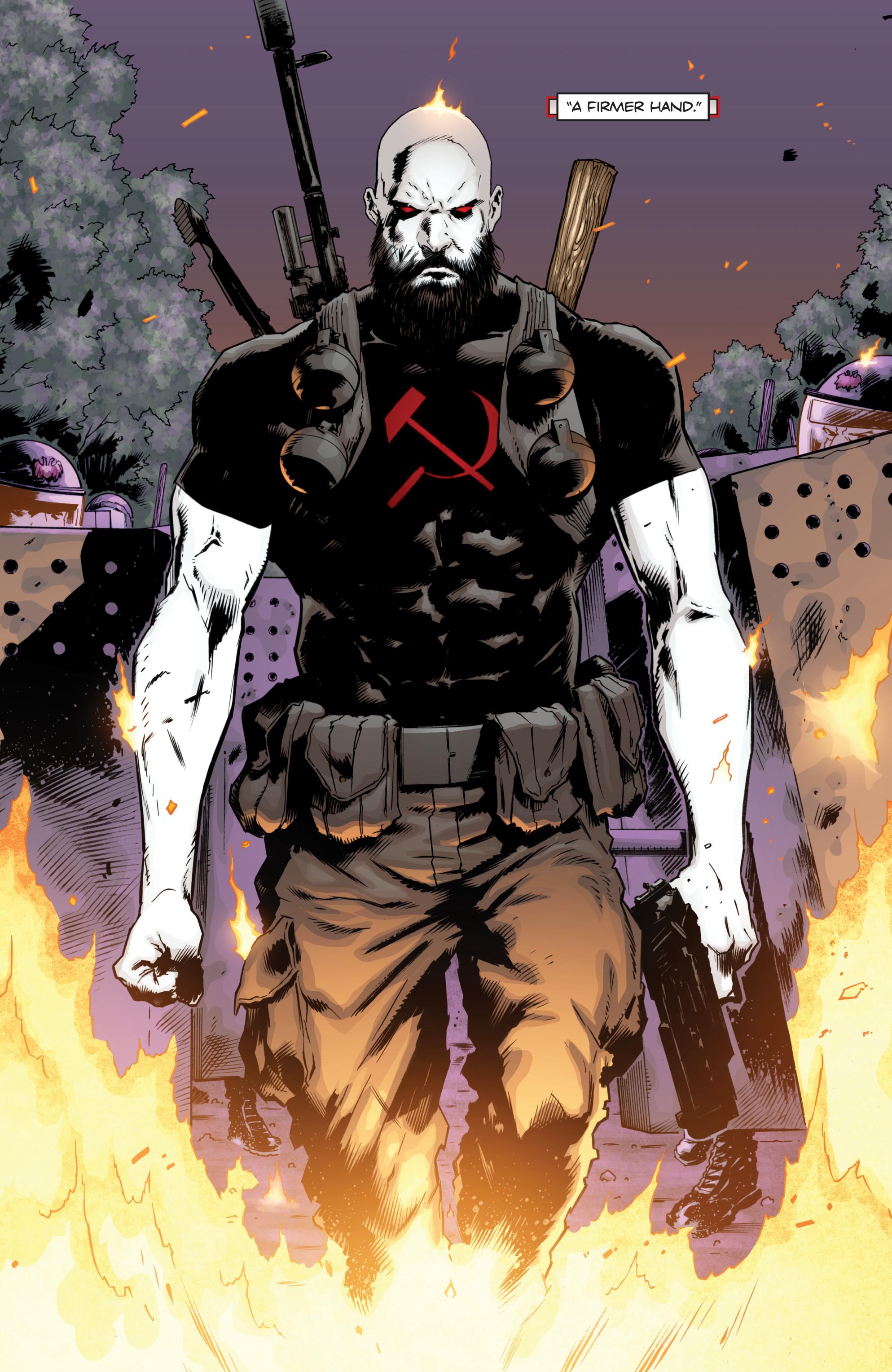 In the early 1960s the then Soviet Union dispatched three cosmonauts to the furthest reaches of the universe, their space programme covertly leagues ahead of that being pursued by the USA. What these people saw and experienced changed them beyond comprehension, and in the first two Divinity graphic novels first Abram Adams then Valentina Volkov returned to Earth decades after they left. Both now possess god-like abilities, hence the title, taken from the code name applied to Adams.

Despite establishing in Divinity II that even these beings were unable to change the past in any significant fashion, as Divinity III opens we have a Valiant universe where Soviet control and ideology is absolute. The only person who realises this is wrong is Colin King, once Ninjak, who’s kept silent and worked his way to a position of influence hoping to find a method of restoring his version of reality. Matt Kindt conceives an ingenuous and credible method of contradicting the limitations he previously set in place, and it’s surely no spoiler to reveal that the third original cosmonaut is crucial to the altering of reality. The resulting Soviet state where secrecy and control is all is pleasingly portrayed by Kindt, who enhances this via use of characters from around the Valiant universe. Don’t be put off by the thought of never having come across, say Peter Stanchek, as the capabilities of these other characters are rapidly apparent.

As seen by his version of Bloodshot, Trevor Hairsine does a fantastic job in redesigning Valiant superheroes in new Soviet incarnations, and that’s added to excellent storytelling. There are some complex ideas and happenings within Divinity III and under Hairsine’s guidance there’s never a concern about what’s going on.

Without going into detail, the conclusion is a clever piece of trickery on Kindt’s part, but it might come across as anticlimactic. It concerns the power of ideas and their methods of transmission, in part central to both this and the previous Divinity book, and is a far neater solution than the one many might have preferred.

The back pages of the book have members of the creative team comment in turn on their contributions to one of the four chapters. For those who can’t get enough of this alternate reality there’s a companion volume Divinity III: Heroes of the Glorious Starlinverse, in which other creators take a look at the transformed loyal Soviet heroes.