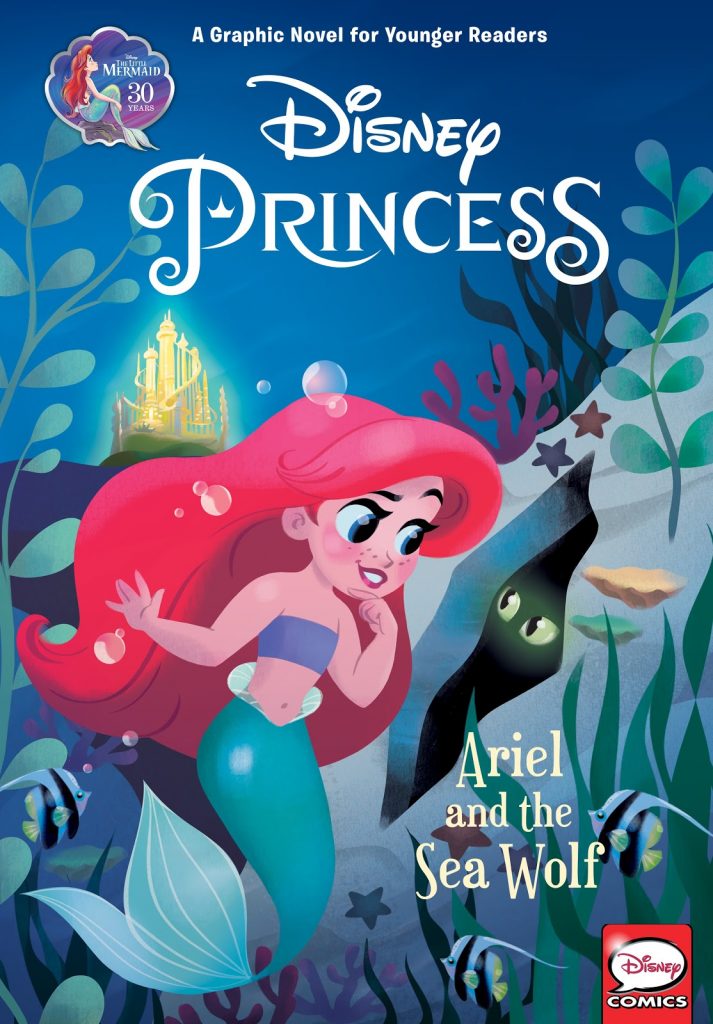 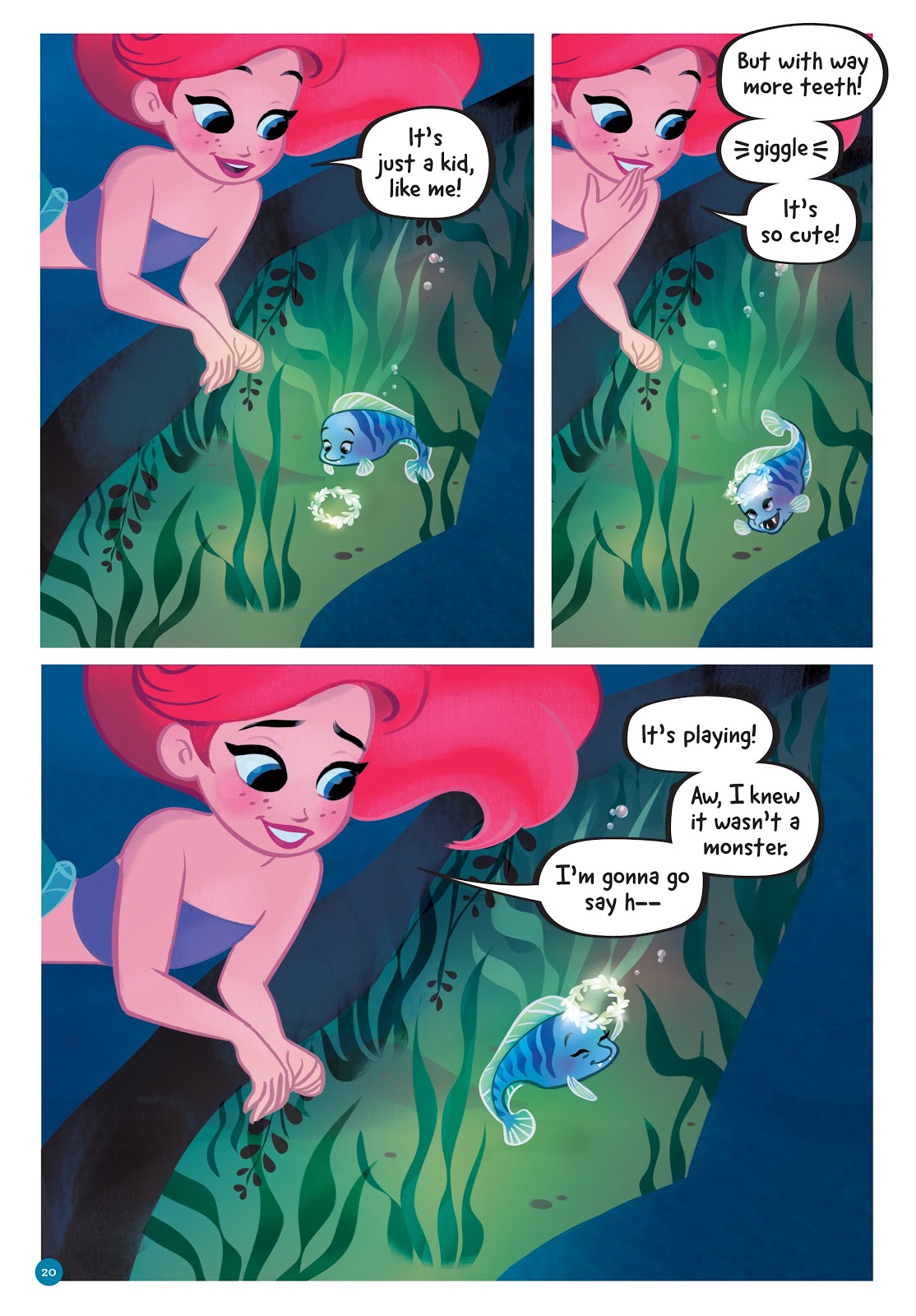 As Ariel is telling a boastful tale about her bravery to her sisters she becomes over-excited and knocks Aquata’s favourite bracelet off. It drops into a cave her sisters refer to as Creepy Cave, saying a monster named Knifetooth lurks within, grabbing anyone who gets too close. Despite this, Ariel feels guilty enough about losing the bracelet to see what lurks in the cave.

Liz Marsham’s story is charming, reinforcing the idea that Ariel is actually courageous even if at times she exaggerates her stories. Adults will understand that process as a youngest child looking up to their older brothers and sisters, desperately wanting to impress them. Similar recognisable traits feature later, but overall this is a message story embedding politeness and tolerance for the unknown in children.

The artwork matches The Little Mermaid film, being bright and making good use of a variety of blue and green tones. As in the film, two colours many people wouldn’t see as natural counterparts work well. Tara Nicole Whitaker also brings the illustrative charm of the film, drawing appealing versions of Ariel and her family and ensuring there’s only a hint of danger, so nothing to really scare the youngest readers.

A selection of activities round off the package. Children are encouraged to make up how Ariel’s life could continue, do the word games, locate pictures excerpted from the story, and are given instructions on narrative components to make up their own story.

All in all this is a nice package for young children with the caveat that parents might prefer to pass on their own messages rather than have a Disney story constructed around one. 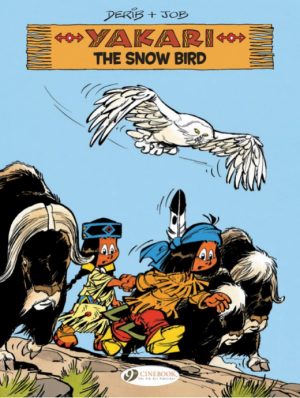