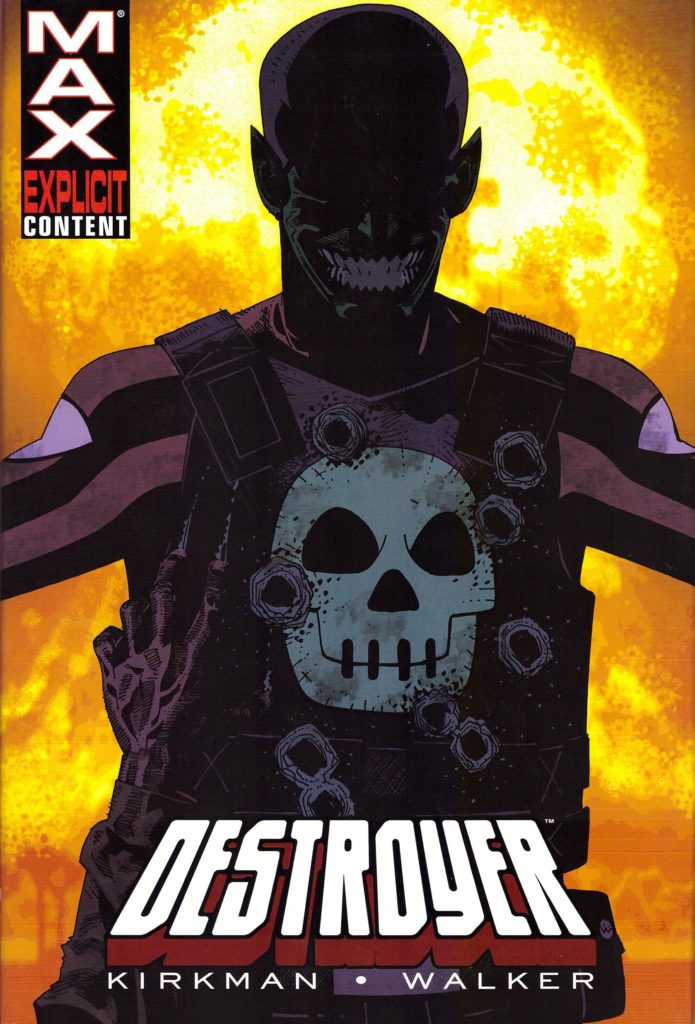 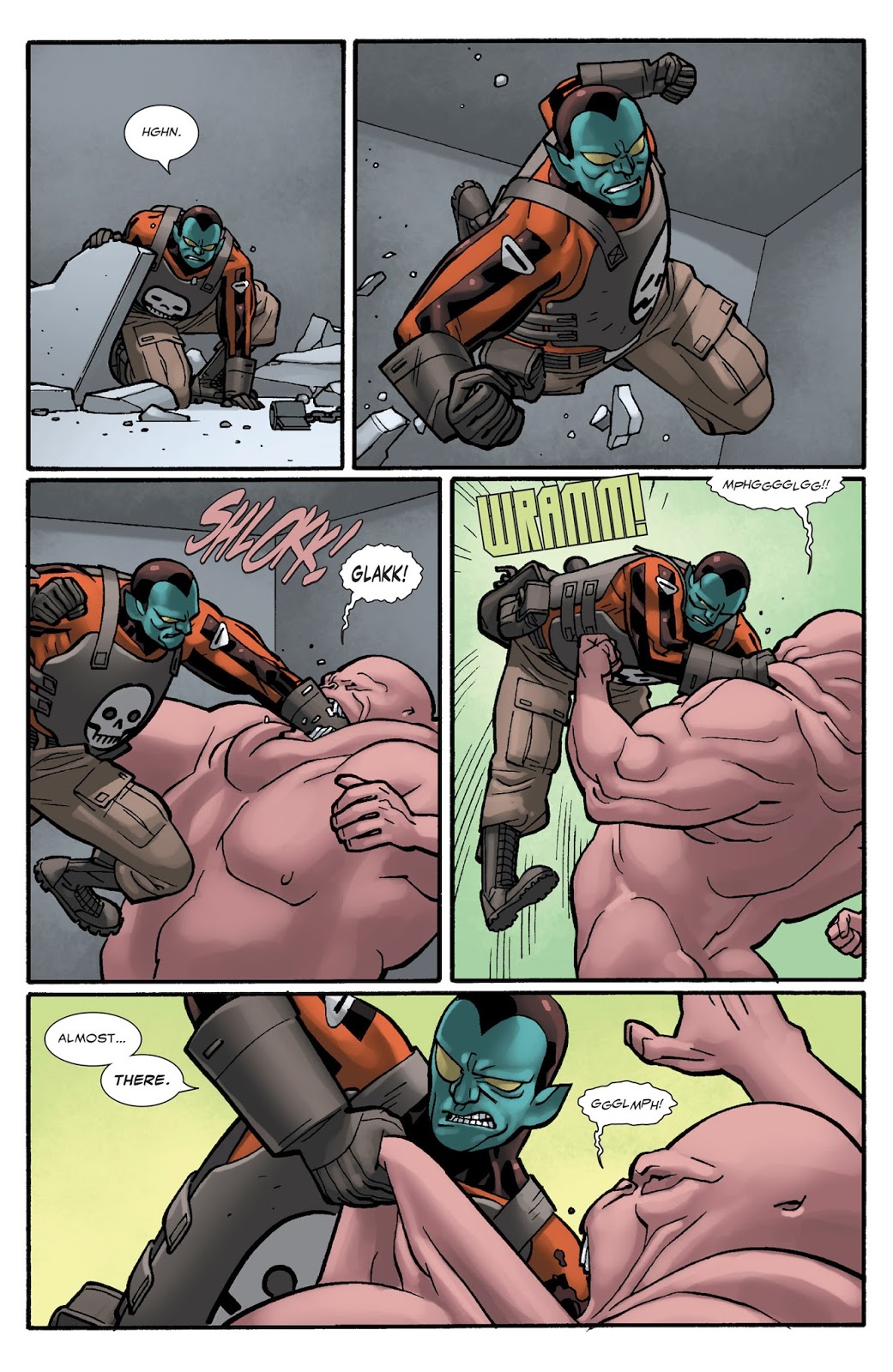 As the Destroyer, Keene Marlow has been a hero for a long time, ultra-violent and with no compunctions about killing. When it comes to damage from weapons he’s pretty well invulnerable, but what he’s unable to combat are the threats from within his own ageing body, a failing heart odds on to finish him off. Having spent his entire life beating people up, the Destroyer’s not about to fade quietly into the sunset, he’s going to make sure that menaces who’ve previously survived his attentions aren’t going to be around to plague humanity after he’s gone.

Robert Kirkman is updating an extremely obscure hero whose appearances since the 1940s have been few and far between. Kirkman establishes quickly that given his capabilities there are few people who can stand up to the Destroyer, artist Cory Walker taking the laissez faire attitude of the Max imprint to show this in suitably explicit fashion. In fact he goes beyond, ramping up the violence to almost comedic levels with corpses red with blood, heads pulped from being squashed, and hearts literally pulled still beating from their bodies. The Destroyer’s the type of guy who’d gleefully explain in detail to the Punisher or Wolverine how their mothers wore army boots (he’s of that generation). It all makes it extremely difficult to have any sympathy for the other side to Keene, which Kirkman also shows at length, the loving father and grandfather. He never convinces that they’re two strands of the same character.

The question ultimately becomes whether or not the Destroyer is tough enough to fight off death, and here Kirkman cops out. It’s not quite the old x-ray mix up excuse, but not far from it either. This is Kirkman on autopilot, and Walker very good if your appetite runs to skull crushing.