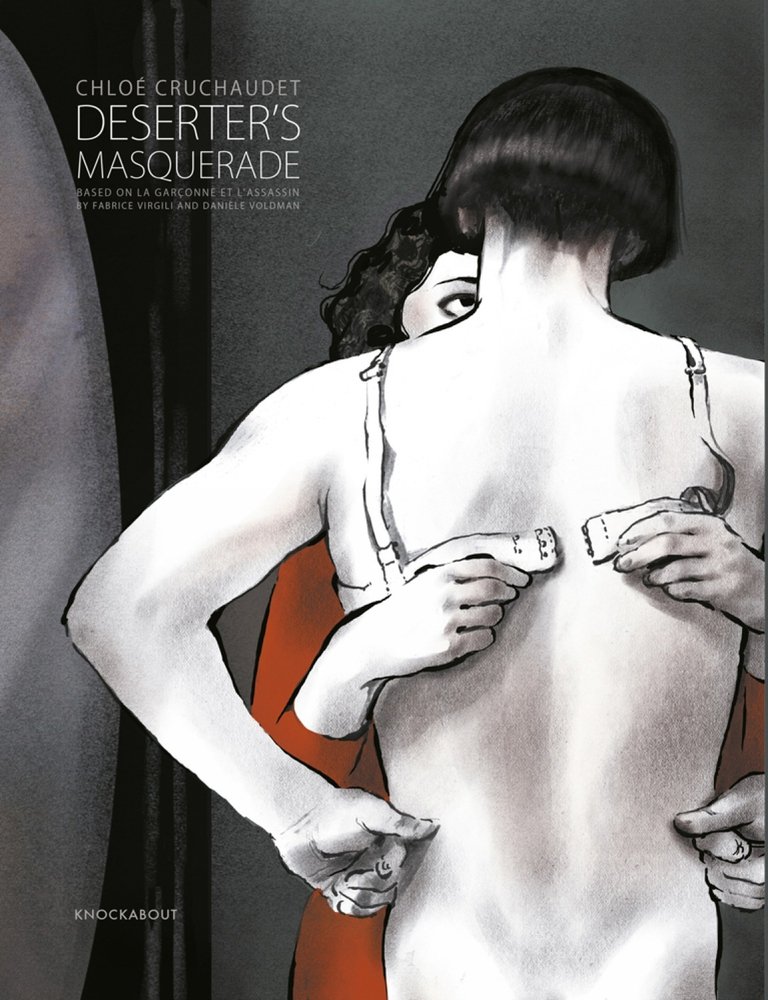 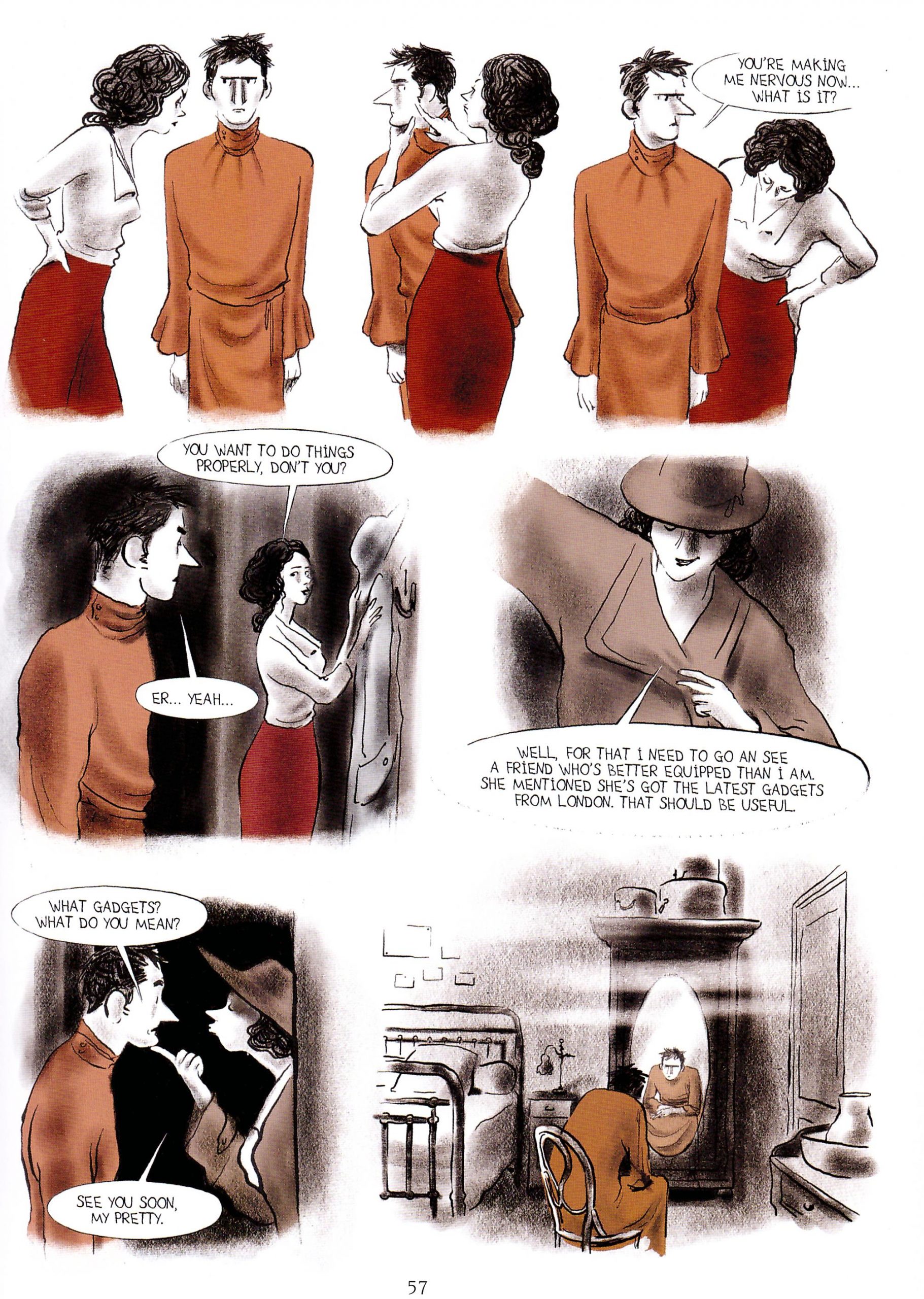 Don’t read the back cover blurb and Deserter’s Masquerade is a graphic novel that begins by keeping its mysteries intriguingly, just as the suggestive cover keeps its secrets well. It begins in a courtroom where Louise and Paul are named during a trial, before flashing back to the days of their early romance, their marriage and then Paul having to join the French army just in time for World War I breaking out. Quite where Chloé Cruchaudet appears to be heading isn’t at all clear. If you’d prefer not to know, don’t read past the fourth paragraph.

The grim reality of World War I trench warfare and callous attitudes toward life on the part of officers are given an airing, and with one final atrocity Paul’s seen enough to know he doesn’t want to see any more. While in hospital he’s accused of malingering, and despite the death penalty being applied to deserters he concludes his chances of life are higher taking that route. Louise is complicit, but hiding 24 hours a day is no easy life. The solution begins the real story.

Although based on truth, Cruchaudet applies a dramatist’s licence in putting words in Louise and Paul’s mouths, sometimes the banal truths of love, at other times surprising with the likes of “the whole of Paris is farting Lucette. What can we do? We have to eat”. Not enclosing the illustrations in panel borders inevitably brings Will Eisner to mind, as do the period trappings, and Cruchaudet’s cartooning also has an Eisneresque looseness. It’s expressive and lively, ideal for the lighter moments and surprisingly good for the dark.

While deserting may have seemed a viable solution for Paul, the war ending offers no amnesty, France as a country suffered tremendous losses and the national mood was unforgiving toward those believed to have shirked their duty. Having taken what seemed to be the side of Paul’s common sense, Cruchaudet exploring the opposite view is natural, but nonetheless surprising, and hanging over the entire story is the opening scene showing a trial awaits.

Paul’s solution to hiding is to hide in plain sight, to masquerade as a woman in the belief no-one will look for him as a woman, and while it’s liberating in one respect, it also becomes constricting. While Louise considers their long term future, Paul changes from a sympathetic character into a selfish wastrel endangering his freedom, but events take yet another surprising turn, with Paul, and then Louise discovering that being forced into a corner has opened new possibilities. The surprises don’t end there. Deserter’s Masquerade is a story of constant discoveries under pressure, some haunting and unforgettable. While a little more psychological delving might have been interesting, things read very well as they are, and add up to a remarkable portrait.