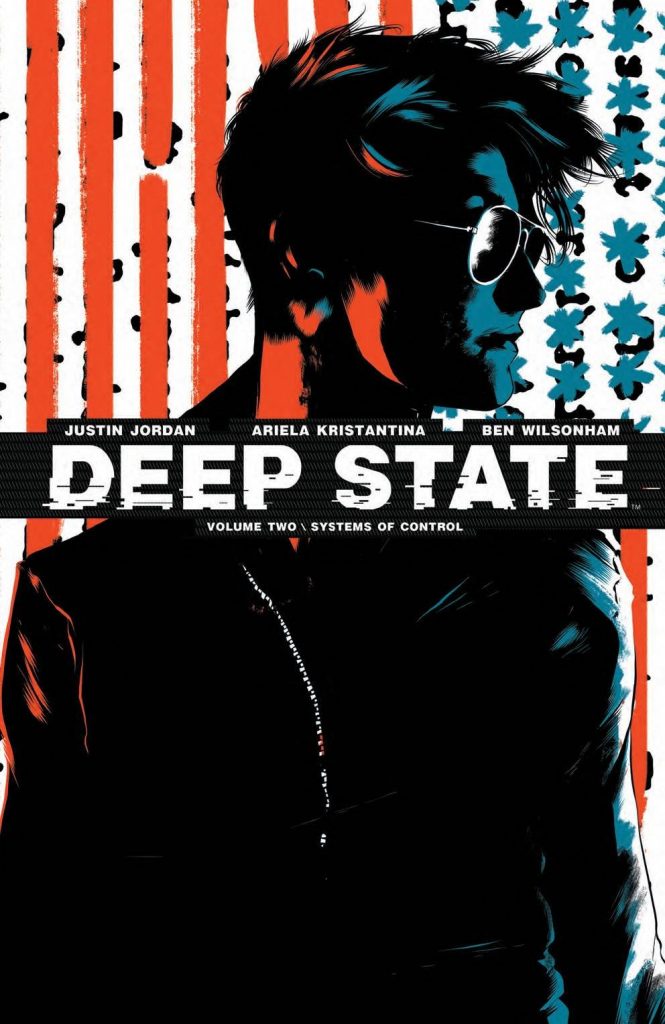 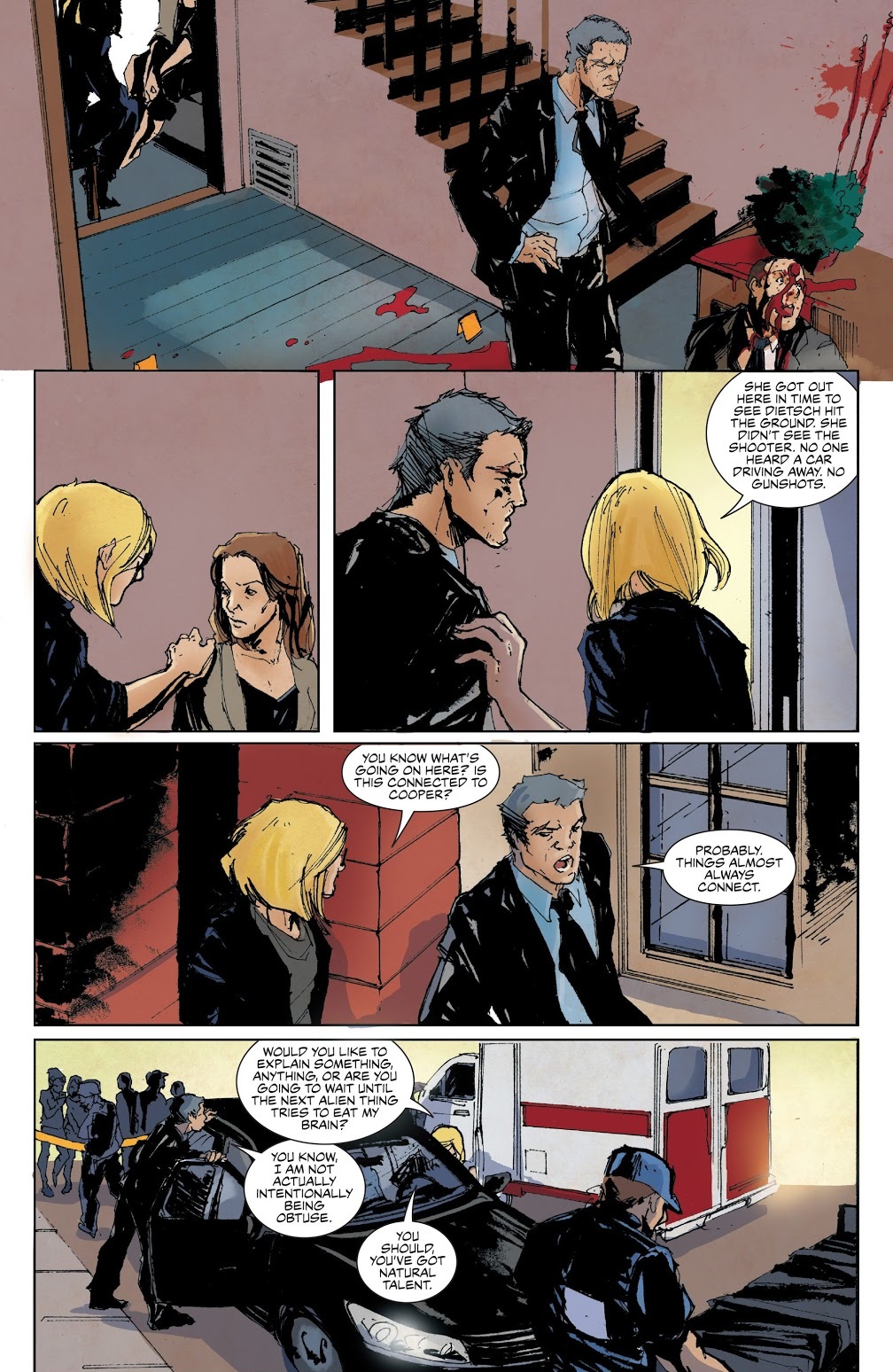 When Monica Branch was offered a place in a covert agency investigating strange phenomena, she jumped at the chance and was partnered with one John Harrow. Most of Darker Side of the Moon seemed to be her coming to terms with her new employment and the strangeness it involved, thinking on her feet and building a working relationship with Harrow. However, on the final page Justin Jordan dropped a bombshell. It was clever, and it reconfigured much of what we presumed.

Systems of Control doesn’t pick up on that directly. Indeed, if you’ve not read the first volume the disturbing undertone will be entirely absent as Jordan comes up with a fantastic idea to occupy the first chapter. The problem at hand is a gun that shoots bullets that disappear only to re-appear at a selected time and place. It’s the perfect weapon for assassination, and it’s put to good use. As the second chapter rolls out, it becomes clearer that despite a variety of missions, Deep State isn’t intended as an ongoing series, but something finite in eight chapters, each building on what’s come before.

Much the same applies to the art is it did in Darker Side of the Moon. Ariela Kristantina can lay out a page, but not always imaginatively. A scratchy loose style leaves many figures and faces looking unfinished, and her expressions don’t always convey what they should. The people are there, but there’s no clue as to what they feel.

For a series of stories dealing with urban myths and conspiracy theories, introducing President Kennedy’s assassin is a little too obvious, but for the remainder of the content Jordan keeps us guessing until the end about Control, who might be involved and their motivations. It’s delivered at such a pace that you don’t stop to think about the revelations until after being dragged to the finish line, and then some lapses of logic begin to occur. Still, there’s mystery and entertainment and this time the twists compensate to a greater degree than in the opening book. Jordan leaves the door open for a sequel, but that looks increasingly unlikely as years pass.