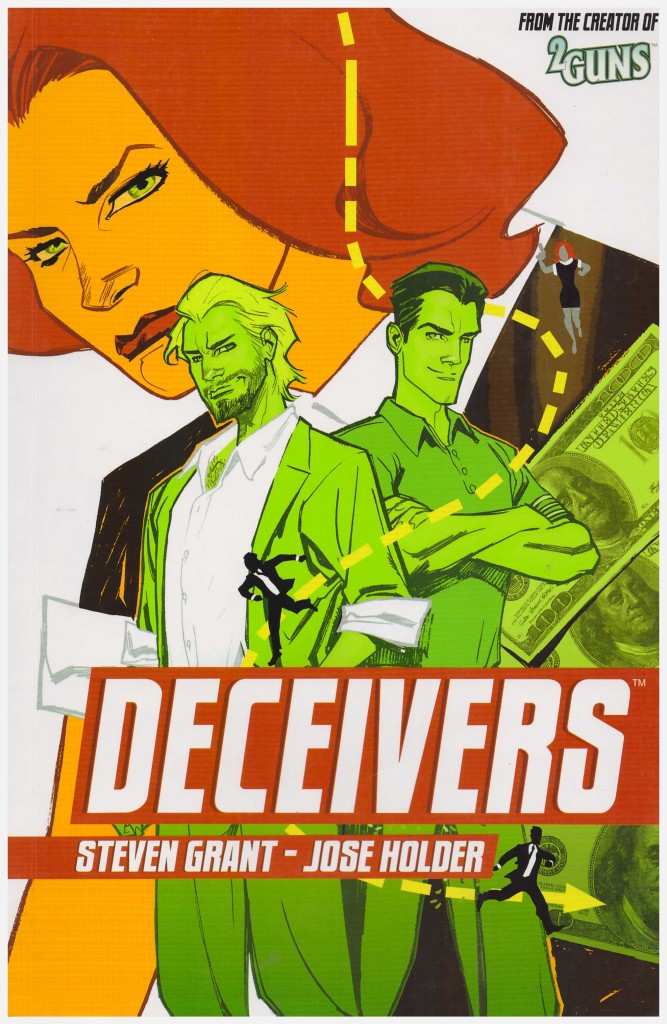 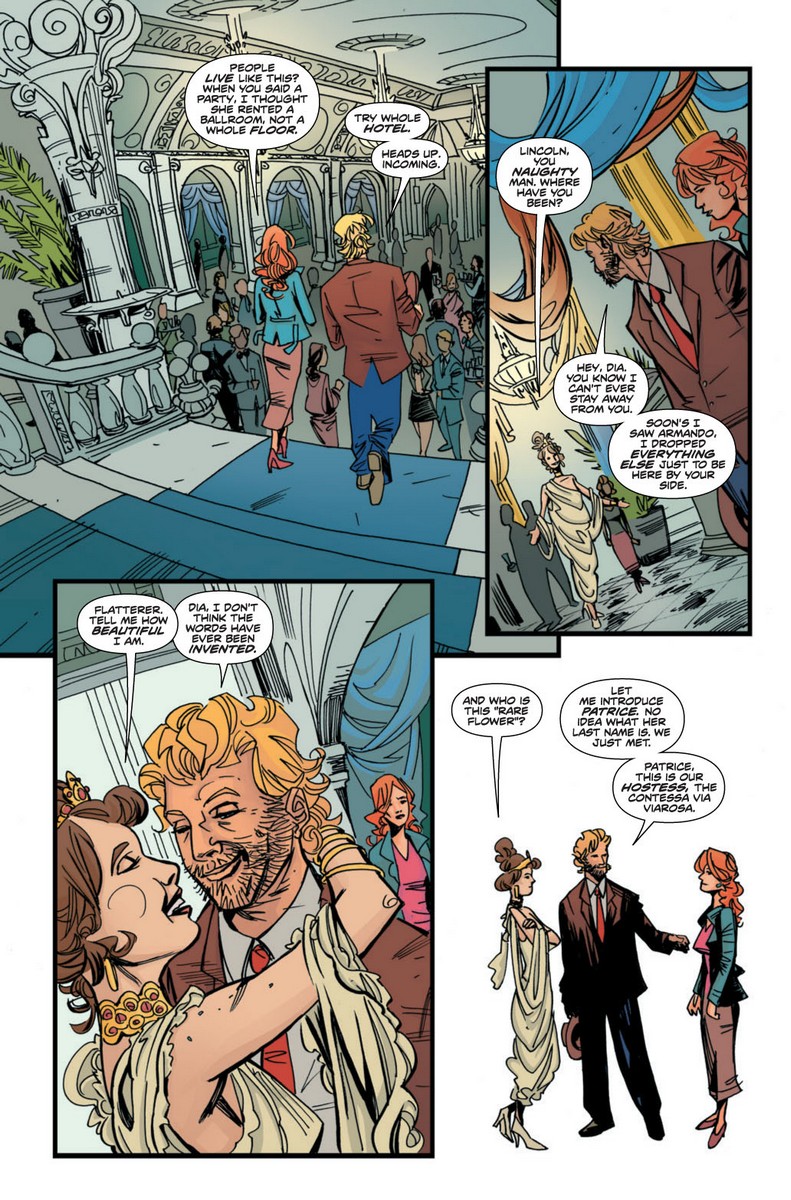 As far as crime thrillers go, Steven Grant was writing them for comics long before many of the more popular names in the genre started out. He plots well, throws in exotic locales and engaging characters, and he’s good with misdirection, so it’s rather puzzling that he’s never received greater acclaim. Sadly, Deceivers isn’t going to change that.

Someone identified as Ulysses has been robbing the specialists ensconced within overseas embassy buildings. Spies don’t like having their material whipped from under their noses, so a good many security agencies are keen to have a chat with Ulysses. Trouble is, they’ve first got to figure out who he or she is. CIA agent Patrice Andauer reckons she’s narrowed the field to two, charismatic and whimsical American Lincoln McCord and dour Russian, Markiz Janez Aleksander Nickovic, less cumbersomely known as Nicky. She considers both of them to be con men.

Being identified as suspects is enough to set the security agents of a dozen nations on their tails, and the situation escalates until it becomes easier for McCord and Nickovic to bury their differences and sort matters out.

As ever with Grant, the plotting’s taut, and twists all over the shop, the mystery fine, the action moments well conceived and if McCord is perhaps a little too glib and unlikely, he has a presence. Grant possibly gives one aspect of the game away a little too early for any experienced crime reader, but he sets his remaining cast up for a future. So what’s the drawback?

Jose Holder can draw. Technically, everything is there, but what lets him down is that his layouts are really bland and the illustration sketchy, as if dashed out to maximise speed. The cover’s job is to sell the package, but compare Stephane Roux’s unfussy cover illustration with the insides. Considering what could be done with the subject matter and the locations this is fatal. There’s nothing to distinguish the streets of Rome from those of Bern, or Vienna, and the accompanying colours of Kelly Fitzpatrick just slather everything in mud and shadow. It’s possibly intended to accentuate the red hair of Andauer, which does stand out, but if so it’s sacrificing all for one not particularly notable effect.

If you consider you can deal with page after page of Holder’s bland art, then this is a decent read that retains most secrets until the final pages. Don’t let this put you off looking at Grant’s other crime graphic novels.