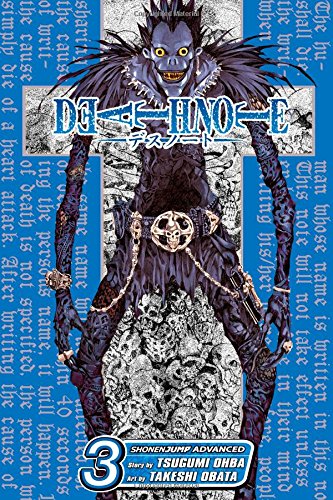 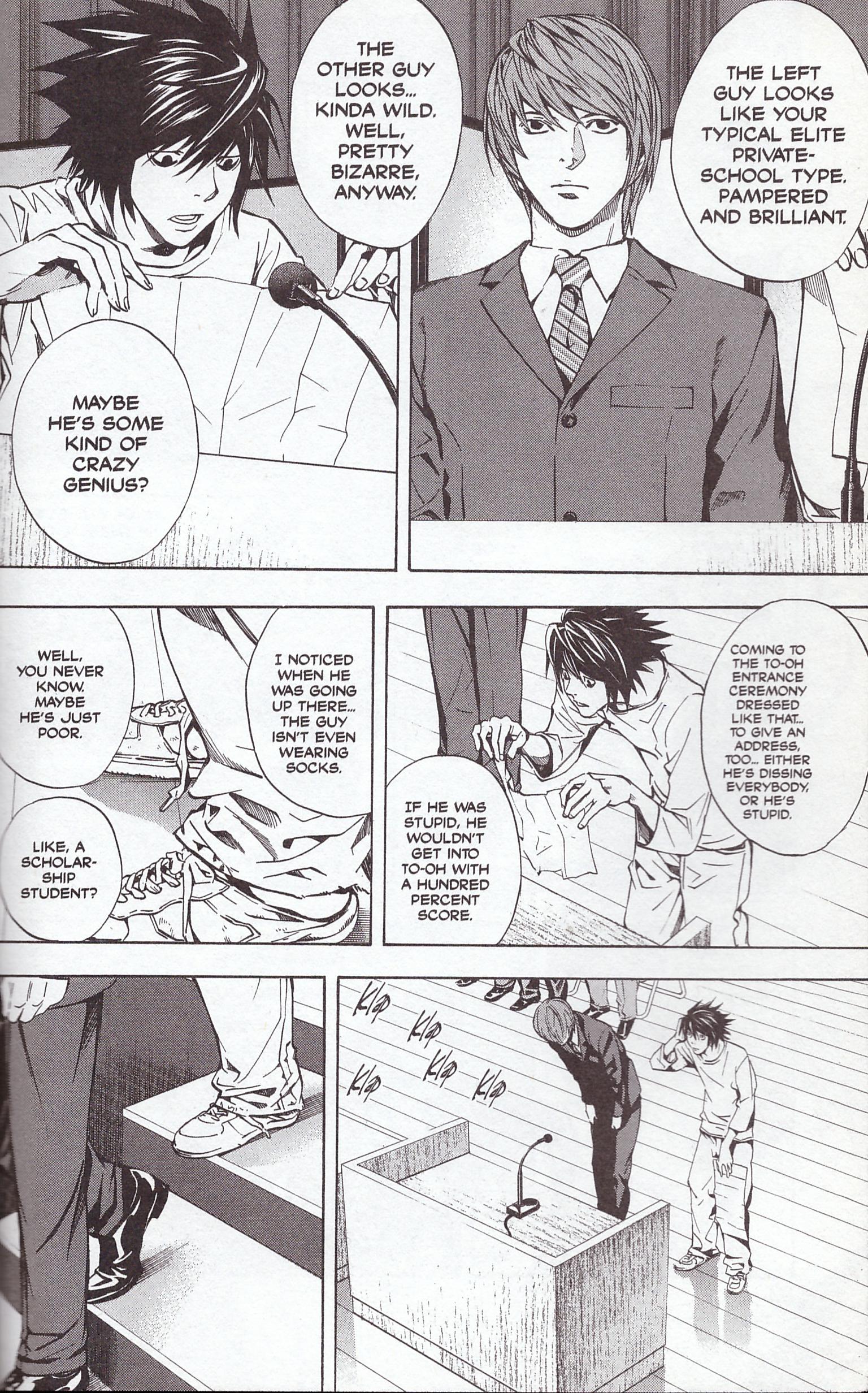 Over the course of the previous book Tsugumi Ohba astutely changed our opinion of protagonist Light Yagami. Yagami found a notebook and learned that he could kill anyone whose name he wrote into the book provided he could also visualise them. There are associated conditions and bindings that apply, but that’s essentially the deal. Having vowed to make the world a better place by ridding it of murderers, Yagami very rapidly becomes compromised, and in the previous book he’d adjusted his ethics to incorporate killing law enforcement officials who were tracking him.

Yagami’s actions attracted attention, and despite his identity being unknown, he rapidly became an internet sensation called Kira. A super detective known as L is tracking him down with the help of small squad of Japanese police, among them Yagami’s father.

From the start of this book Ohba presents a psychological aspect to pretty well the entire content. The opening chapter is mostly from Yagami’s viewpoint, and offers and insight into the suspicions bred by what he discovers and how that affects his behaviour. L, despite the lack of evidence, operates on instinct based on his evaluations, and his instincts lead to a policy of revelation after a period of observation. It’s very well crafted, and considerably escalates paranoia as Yagami now has to question his every action regarding the possibility it might offer a clue, and the thoughts of both characters are extensively disclosed regarding motivations. These mind games reach an apogee in a tense chapter just past the halfway point when Yagami and L sound each other out.

The wonder of that chapter is that it’s sixteen pages of L and Yagami sitting opposite each other in a cafe, and dialogue heavy, yet as drawn by Takeshi Obata the pages sail by right up to a stunning conclusion that forces an evaluation of how single of purpose Yagami actually is. It’s a rapidly clarified moment, but during the serialisation of Death Note it was a brilliant method of finishing a chapter on a cliffhanger. In the next it’s followed by a fine insight for Yagami: “I’ve never once considered finding that notebook and gaining this power a misfortune.”

The in-depth conversation is followed by a nailbiting action sequence leading to another fantastic revelation that ties into the earliest pages, where Ohba just floated it by readers who won’t have given it moment’s consideration. This really is top class thriller writing, and Book 4 awaits. Alternatively both are combined as the larger sized second book of Death Note Black Edition.