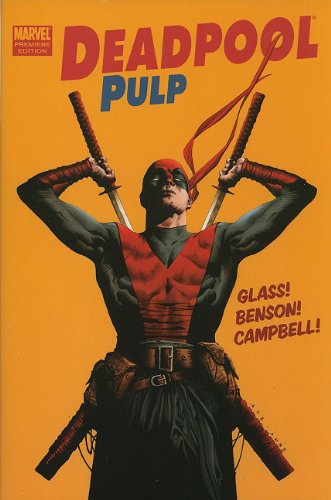 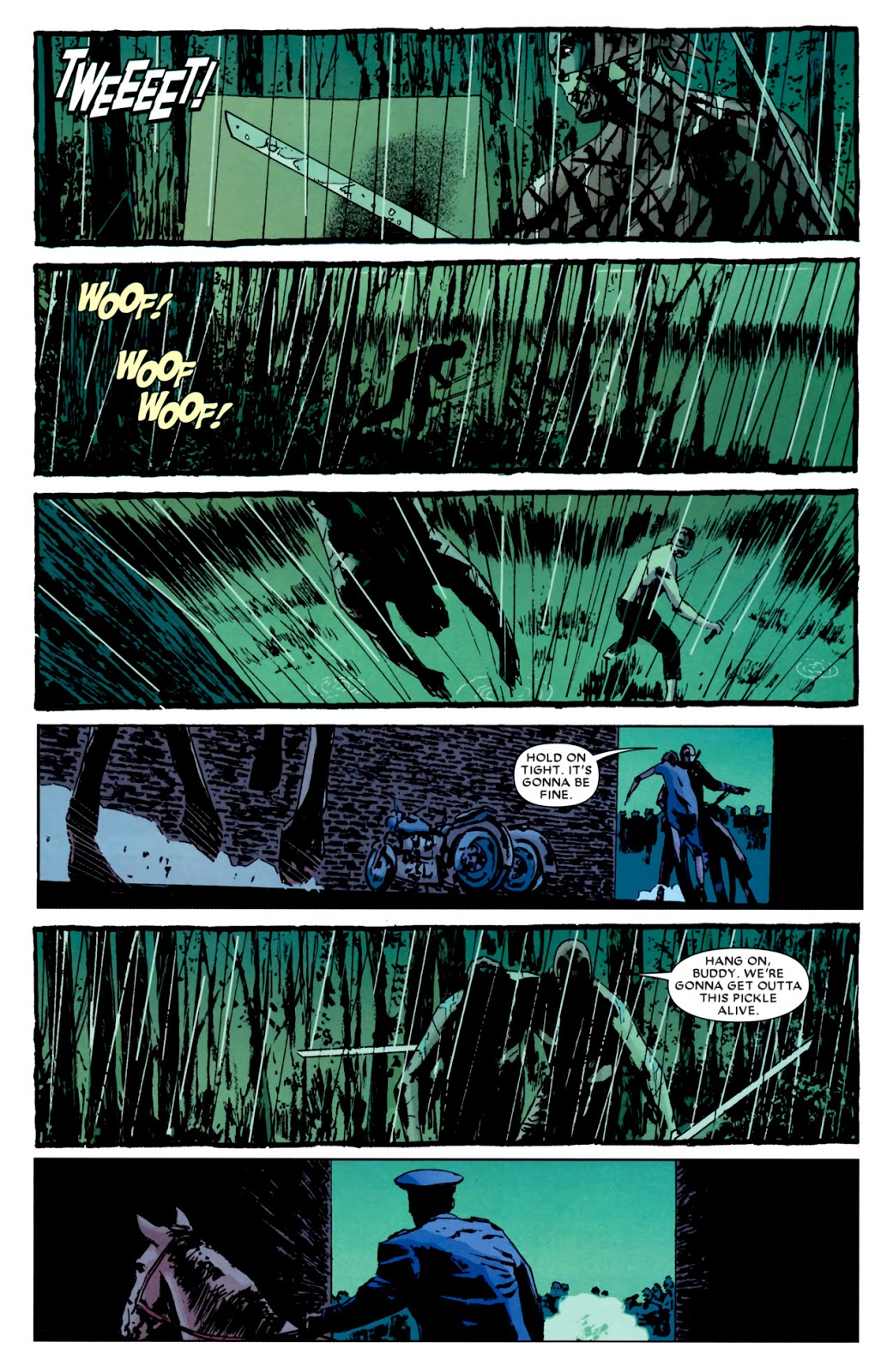 Pulp is a reworking of Deadpool set in the 1950s, with Wade Wilson a former soldier and current assassin who’s seen service in World War II and Korea, each of which ate away at both his sanity and his moral compass. It’s the height of the Cold War, and someone’s just taken one of the keys to the President’s briefcase holding the nation’s nuclear codes. It also recasts Outlaw, in the regular continuity sometimes Deadpool’s girlfriend.

The result is an altogether puzzling project. This Wade Wilson may be sanity-impaired, but he’s not the much loved whacked-out motormouth, and that removes his unique selling point right away. We’re left with a violent, sword-wielding assassin slashing his way around the stylish side of the 1950s, turning up in sharp suits to nightclubs.

Laurence Campbell draws these, and almost everything else, as perpetual gloom. Were that not his style elsewhere it could be taken as a comment on the shady world we’re seeing, one of government secrets and murky deals in cocktail bars. It’s a form of cinematic noir storytelling suited to this story.

Mike Benson and Adam Glass (or Adam Glass and Mike Benson depending on which chapter credits you read) aim for an equivalent cinematic glamour, where Spencer Tracy and Katherine Hepburn trade smart dialogue over a soundtrack of Frankie or Dino singing in the background. When they’re not running that, they skip around other 1950s touchstones, with the Cold War always in the forefront. It also features alternate versions of other Marvel mutants, and ties into Deadpool’s origin, again an alternate version.

Because they’ve stripped away most of what we want to see in Deadpool, Glass and Benson (or Benson and Glass) would have been better off turning this into something more original with a different lead character. As a thriller it’s decently plotted, offers some good twists and makes good use of the period paranoia, but it has to be docked stars for just not being Deadpool. It’s also available along with several other alternate Deadpools in Deadpool Classic 17.