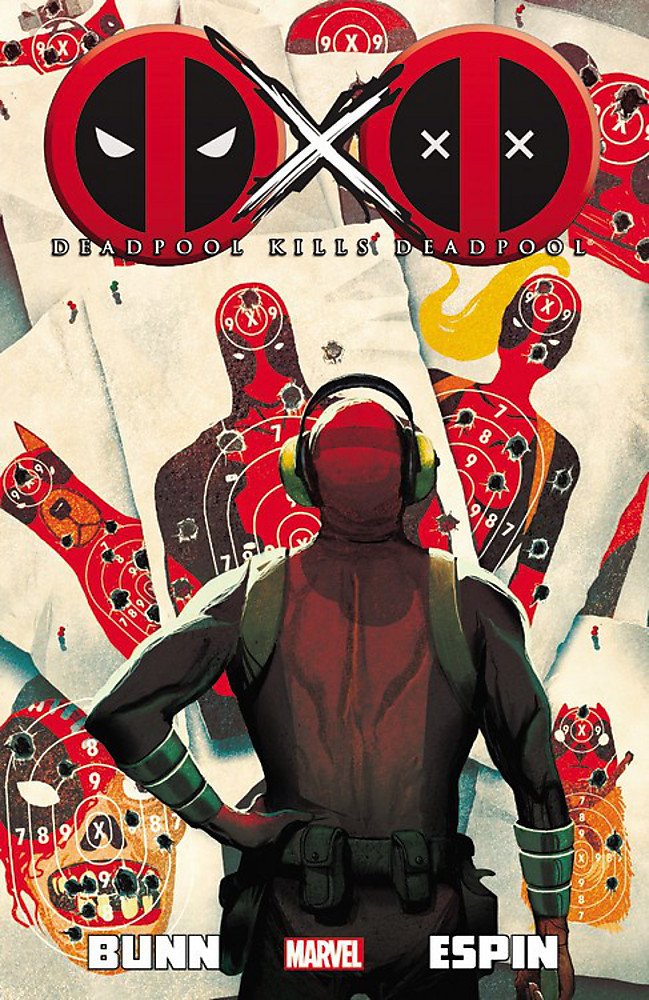 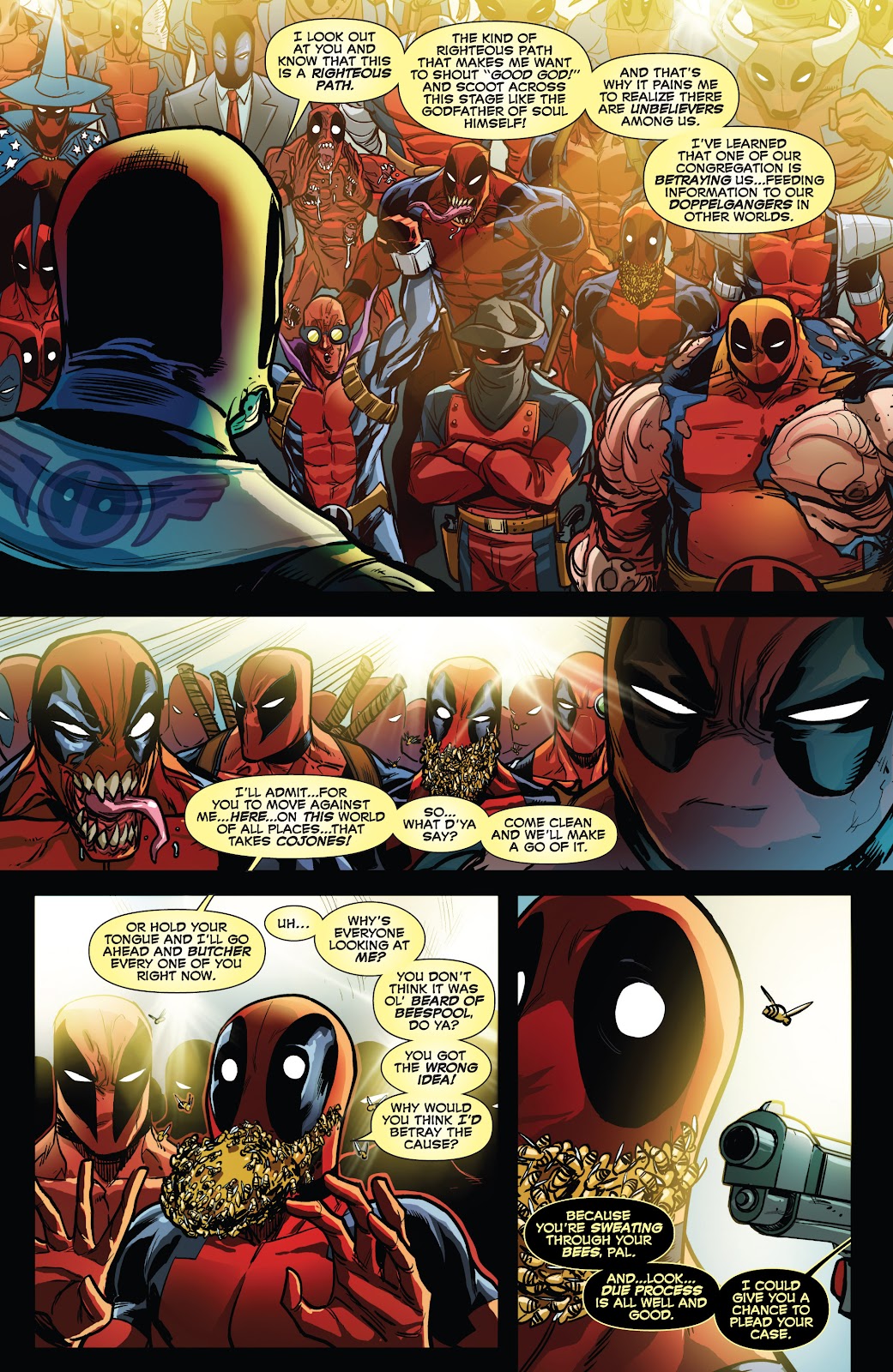 It wasn’t apparent initially, and probably not intended then either, but when Cullen Bunn first had Deadpool destroy the Marvel universe, he’d begun a four volume trilogy. Deadpool Kills Deadpool picks up from Deadpool Killustrated for anyone who really cares, but these days such individuals are better advised to head straight for Deadpool Classic Vol. 16, which has this prefaced by the previous connected stories. The earlier volumes aren’t greatly relevant, and this can be read without any reference to them, as what’s necessary is explained at the start of the second chapter.

The early pages have the return of the Deadpool Corps, although sensitive readers should be warned that not all make it through the first chapter. There’s a black-suited alternate Deadpool slashing through the multiverse killing other Deadpools. Very creatively, as it goes. You’ve seen Deadpool die many times before, but have you ever seen him die in a microwave? Well, this is the place.

Bunn’s already more than proved he has a handle on the precarious mix of insanity featuring just a smidgen of sanity that characterises Deadpool, and that his comedy dialogue sparkles, so it’s just a case of letting him get on with it. Salva Espin was probably less delighted that Bunn’s vision was of hundreds of different Deadpools heading to the slaughter, based on numerous other Marvel characters, and occasionally other properties also. Despite that, Espin serves them all up with style and relish. He has a slightly cleaner way of drawing figures than other artists who’ve worked on Deadpool, but when it comes to the violence he doesn’t hold back.

Overall, Deadpool Kills Deadpool is silly. Very silly. And Bunn and Espin keep taking that one step further up, but as in earlier installments, there’s no lingering and killing the joke. The ending suggest there may be more to come, but Bunn wisely calls a halt here.