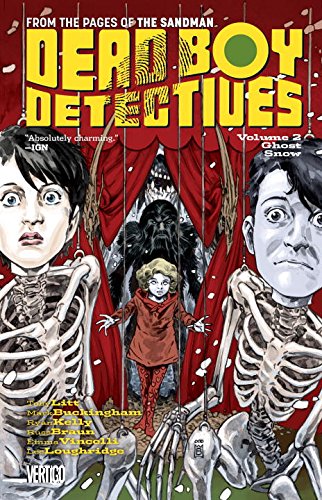 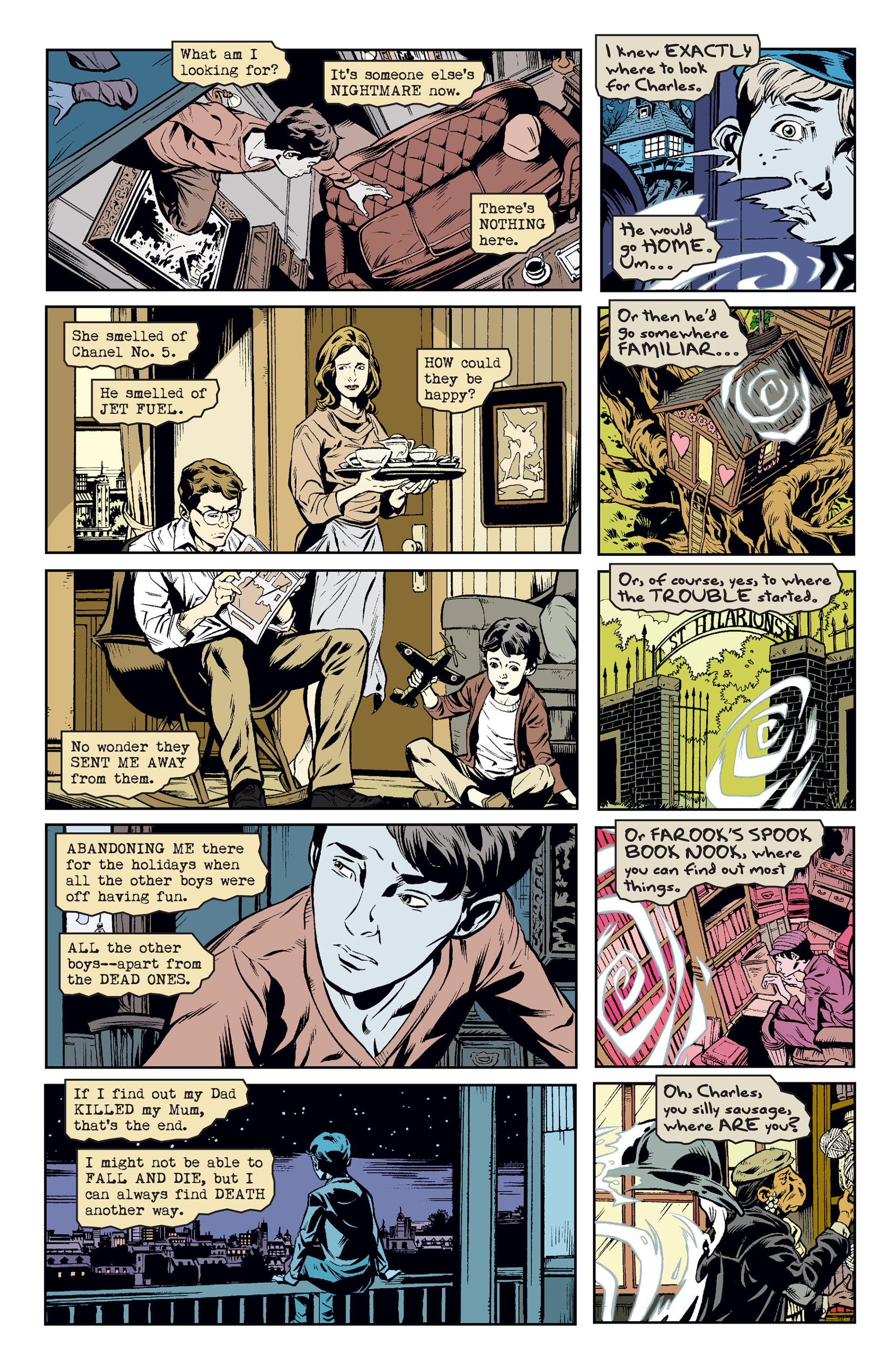 Edwin Paine and Charles Rowland died yet didn’t pass on, and operate as a detective agency for those few who can see them. Edwin died during World War I and Charles was a casualty of the 1990s, but as he learned in Schoolboy Terrors, some of his family are still alive.

He’s curious about his father, a cold and distant man from his youthful recollections, and the resourceful Crystal Palace has managed to track down his half-sister, who may have more information. Suffice to say Charles isn’t happy at what he hears, but it requires further investigation. Over the extended title story, though, this investigation meanders to many different places, before becoming a battle against time to save a life.

As was the case with Schoolboy Terrors, Toby Litt’s plotting is all over the place. Everything is presented as having GREAT IMPORTANCE, but the foundations are constantly shifting. He builds up threats relatively easily dealt with, and fills the cast with superfluous characters playing little part and crowding out those of relevance. Litt has a nice turn of phrase – a knife described as being as sharp as drag queen’s tongue or every true Londoner despising pigeons – but it’s not enough to compensate for a failure to generate emotional investment.

The major strength of this graphic novel is the superb art. No matter where the story rambles Mark Buckingham draws something of interest, while Ryan Kelly is entirely attuned and adds an appealing polish to the layouts. Contemplating how Ghost Snow might look if drawn by a lesser art team is ghastly. The closing chapter has a different look as it’s Emma Vieceli and Victor Santos providing the finishes, Vieceli the more delicate as she handles the real world sequences.

If cheap, this book is worth a punt for the art alone, but don’t expect a lot of sense from the plot.