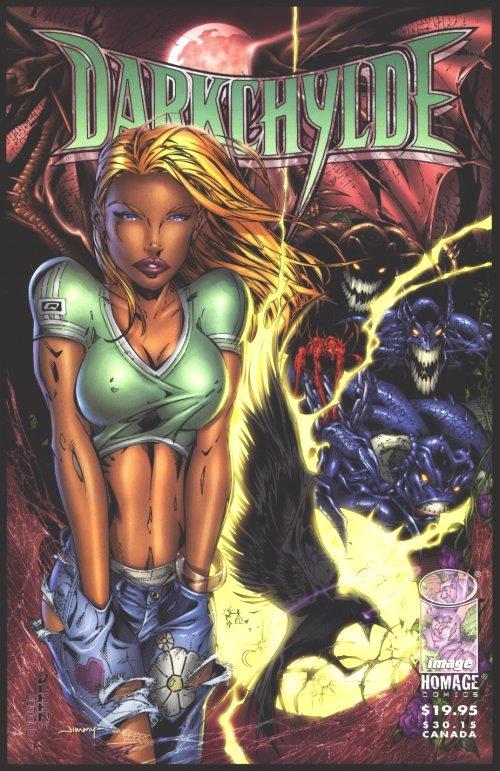 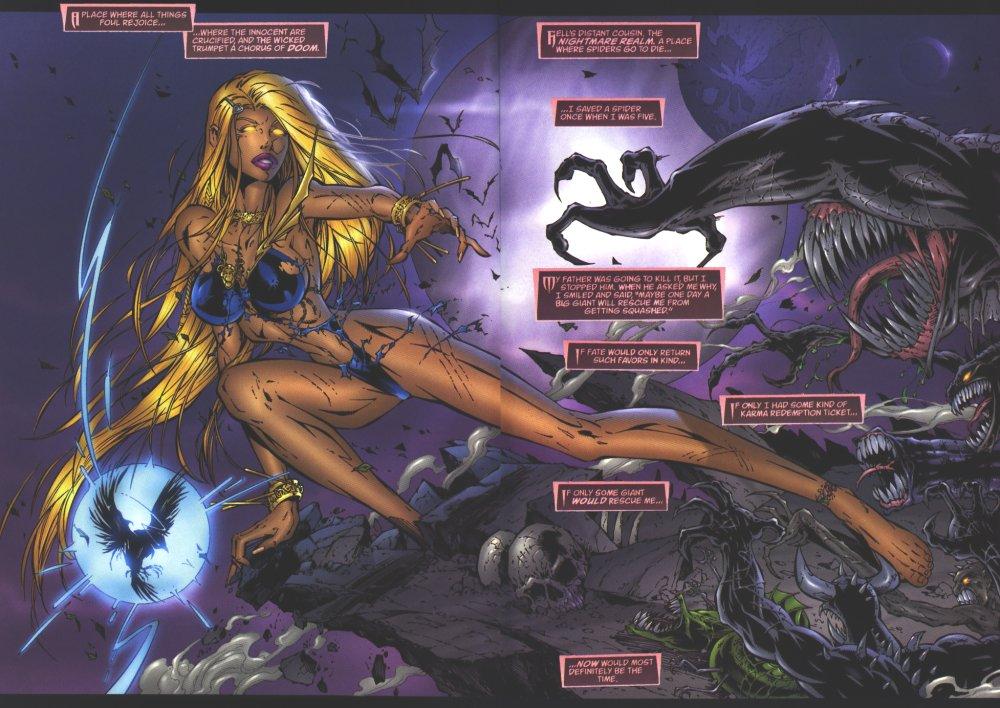 The past can be a very awkward customer. Randy Queen has latterly remodelled Ariel Chylde and her world for young adult prose fiction, yet this collection of work from twenty years previously displays him as someone who learned on the job. In his introduction Queen refers to the world of Ariel Chylde as endless nightmare and perpetual darkness. As can be seen from the sample illustration, he could also have added it’s one of gruesome distortions, yet the deficiencies of Queen’s art mattered not one whit when the original comics reprinted here were collected. The character and her setting proved extremely popular.

The preposterously proportioned teenage girl has just moved to Salem as the graphic novel starts, regular shifts of scenery a frequent aspect of the life she and her father share. That’s brought to an end the night she survives an attempted rape by transforming into a monster, killing her father and burning down the house for good measure. She’s inadvertently set a nightmare demon loose on Earth, and that situation needs rectified.

It appears what Queen’s trying to do is set a gothic mood with a tragic, but capable heroine. What we end up with is tawdry, exploitative melodrama. Queen’s descriptive captions are as over-rendered as his art, and equally poor. Darkchylde was produced during an era when a successfu comicl artist could sell original artwork for enormous sums, and the less principled tailored their layouts for maximum earnings. Queen’s not really interested in telling a story, just producing page after page of a half-naked woman and macabre demons and monsters, and it’s with the latter where his imagination actually takes flight. These are not restricted by poor anatomical knowledge and his demons crawl out of panels clutching the borders, and sinewy dragons with masses of teeth menace both Ariel and the reader. These creations have a memorably macabre quality, but the rest of the book lacks redeeming features.

Two further books followed over which Queen improved as both a writer and an artist, with Legacy and Redemption next. 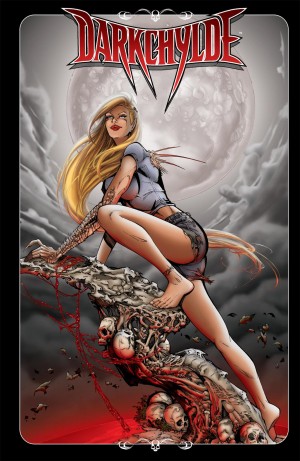