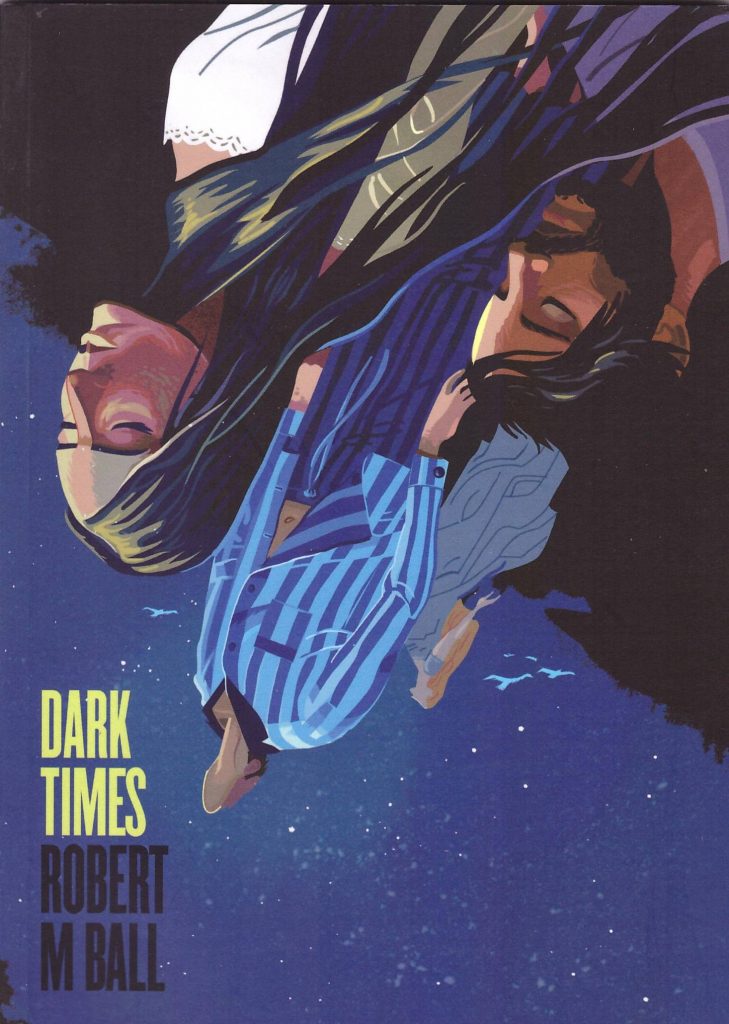 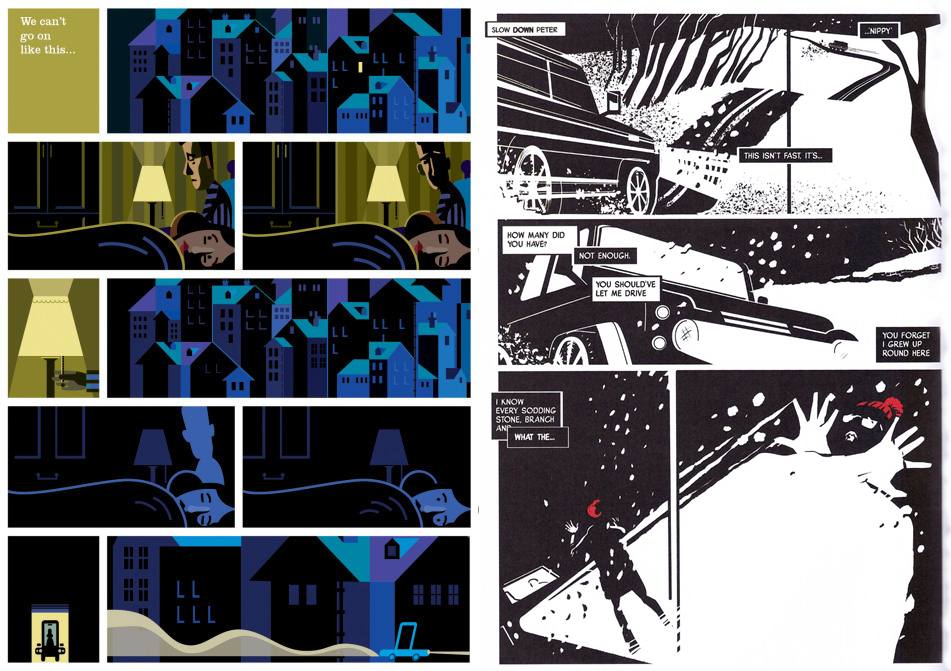 Dark Times is a slim, pocket-sized paperback showcasing the incredible artistic versatility of Robert M. Ball, who draws each of the six short stories in a completely different style. In hindsight the sheer talent easily signposts this as a stepping stone on Ball’s way to a career in illustration, but Dark Times doesn’t deserve relegation to a mere footnote.

Each of the six stories presents a fresh artistic approach, all digitally created but stylistically varied. The most familiar touchstone is Sin City, the shadow-led and stark black white and red of Frank Miller apparent on ‘Birthday’, a dark tale of foreboding. The cover represents ‘Dump’, also dark, the panel borders in thick black bringing to mind a card announcing a funeral, or events as viewed through a window. Here, as in ‘***’, Ball mixes narrative with abstracted views representing everyday life. ‘Nest’ and ‘Jack’ are both drawn in forms bringing 3D animation to mind, although representing different styles of graphic experimentation, while the opening ‘Animal’ is an extended joke juxtaposing text in separate panels with wordless illustrations.

Just as the art toys with different moods, so do the stories, ranging from comedy to horror via fantasy and a bleak look at humanity. At thirteen pages ‘Birthday’ over doubles the length of the next longest story, with the shortest just three pages, but while brief, each piece says what’s needed in the allocated pages.

Unfortunately Dark Times has never been available via online sales sites, but contact Ball via his website, and he may still have a copy or two. The benefit of that approach is that you’ll also be able to familiarise yourself with his amazing illustrations.