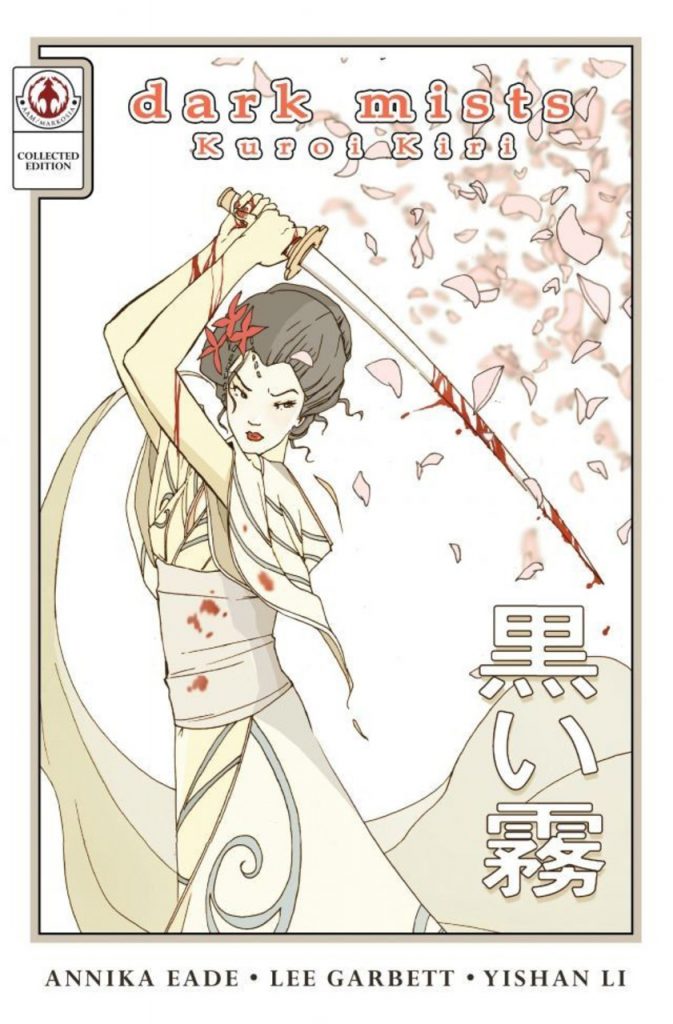 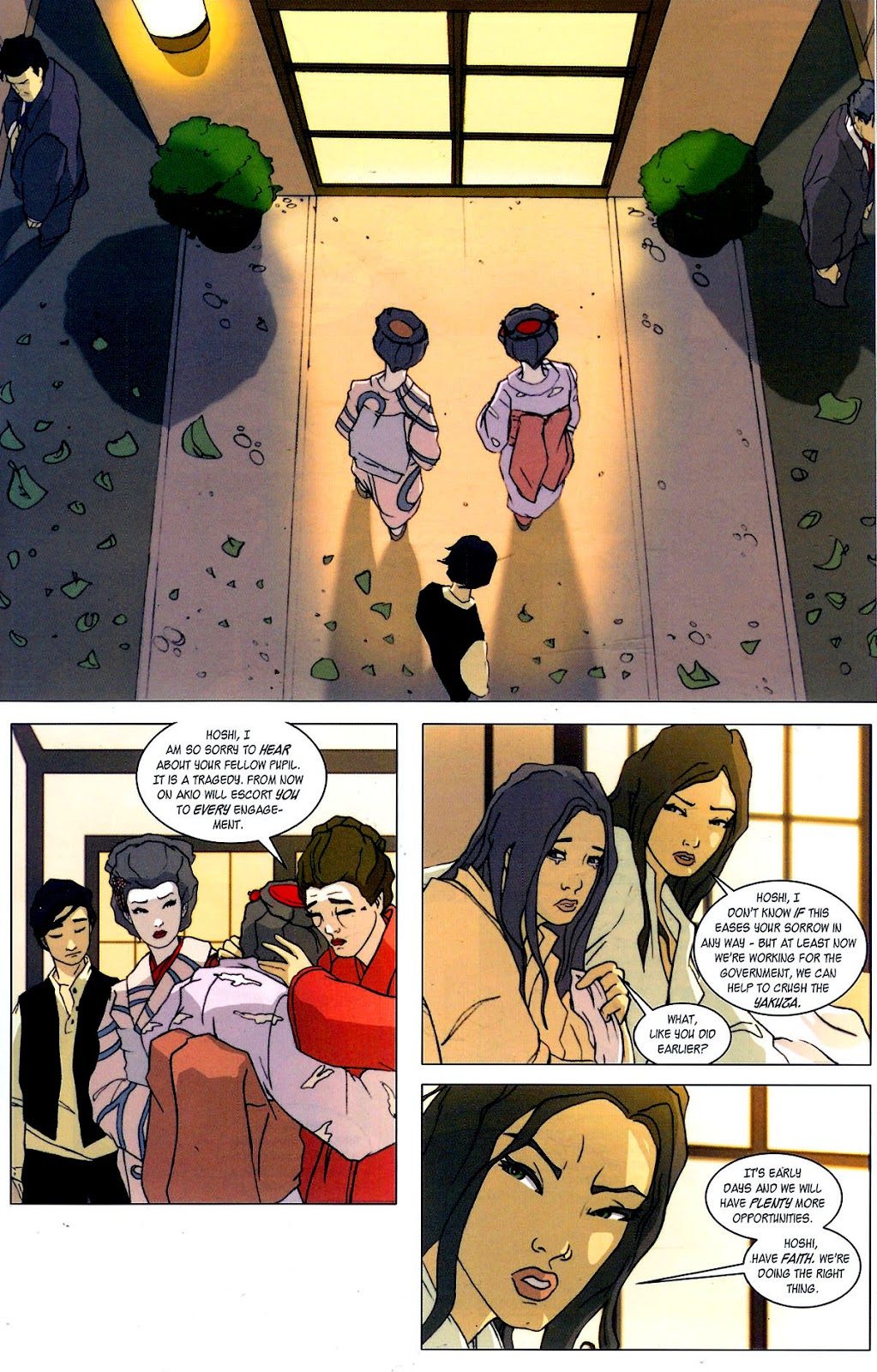 In 1936 a group of geishas are approached by people claiming to be representatives of Japan’s secret government. They are asked to break the geisha’s code of silence regarding what they might have heard in their professional duties because the Yakuza in Kyoto are becoming too strong. Without help, the authorities won’t be able to prevent the Yakuza extending their influence in the city beyond any control.

The immediate attraction of Dark Mists is the delicate art of what in 2005 was then unknown artist Lee Garbett. He immerses us in a secretive world of geisha culture with page after page of elegant beauty influenced by classical Japanese illustration. Any individual page looks beautiful, but over the first third of the book there’s too little variety and because of the form, the only way to distinguish between the cast is if they’re named or once it’s established what they’re wearing that day. A little more imagination and varying scenes would have gone a long way at the start, but technically this is good art.

Feeding into the lack of variety is Anníka Eade’s plot. There are action elements, but these aren’t prioritised, sunk in endless discussions, explanations and meetings that emphasise the wrong portions of the script. It’s down to a novice comics writer not thinking visually. Neither is there much in the way of bolstering character. Kimi is the only geisha with a developed personality and almost everyone else is just a vehicle for dialogue moving the plot forward. Much of this is very stilted. There is a big twist, but more astute readers will have suspected it long before the revelation, and Eade never arrives at the point where she realises pictures can tell the story as effectively as words.