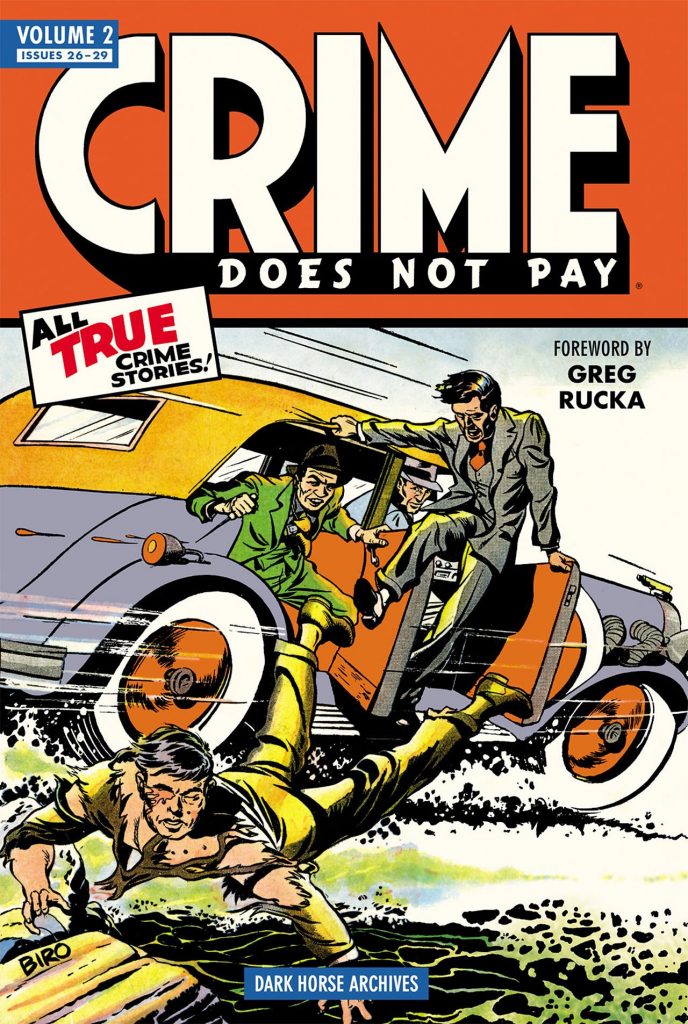 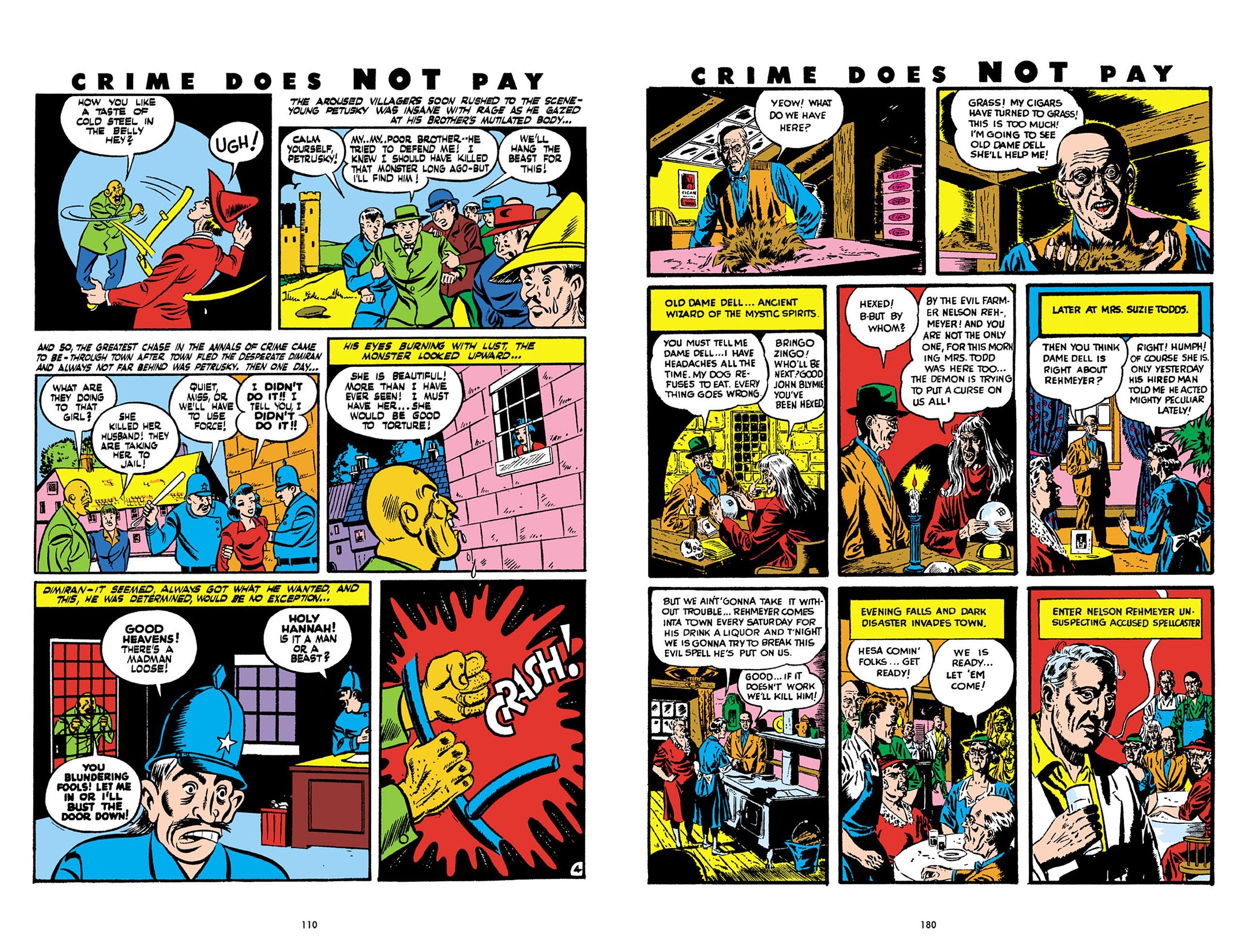 A second dose of Crime Does Not Pay displays an editorial instinct building on the strengths of the first four issues. The poorer artists drop by the wayside, and there’s an evolving structure. The biographies of real life gangsters leading off every issue now have the collective title of ‘Crime Kings’, Lucky Luciano preceding that, with the exploits of Pretty Boy Floyd, Kid Dropper and the Phantom of Fort Wayne all detailed by Dick Wood. Norman Maurer’s artistic refinement raises them above much of the other content, along with Wood’s idea of a ghostly personification of crime as a provocative narrative voice. If any indication was needed that times were different, the Phantom story features a scene of Anson Hafer eating lye, conceptually horrifying rather than exaggerated by Maurer.

A discernible pattern to the stories, or at least they way they’re told, is the gangster coming to believe they’re too smart to be caught, perhaps a minor concession to the gloriously hypocritical attitude contrasting the title and the exploitative presentation. During an entertaining introduction Greg Rucka points out the care taken to introduce the circumstances causing most protagonists to turn to crime. Whether greed, poverty, or plain bad blood, we’re generally told how the criminal emerged. It’s also too easy to forget that the exploits of many gangsters featured were still recent in the memory when this material was originally published in the 1940s. It’s not too great a stretch to imagine the likes of Marty Durkin, who escaped the electric chair, sitting in their cell reading about themselves, and a story about the Touhy brothers ends sensationally with the announcement that Roger has recently been recaptured after a daring escape was shown. The details of his surrender are related in the following issue.

At this relatively early stage in the series the publishers were still hedging their bets, so along with many stories of almost contemporary gangsters it still features Westerns, with the Daltons spotlighted among others, not quite as daft as their Lucky Luke counterparts. There’s also the poor taste comedy of Bob Wood’s ‘Damiran the Demon’ (see sample art) and the visit to Hell of Mister Destin, who returns as a masked crimefighter. The old lady from Jack Alderman’s tale of superstition in 1920s Pennsylvania (sample art) isn’t very far removed from the gruesome witches who’d introduce EC’s 1950s horror tales. Balancing that, Dick Briefer, who certainly went over the top in volume one, is perhaps wisely restricted to comedy shorts here.

Although sometimes crude, there is artistic talent on display. On his better pages Alderman’s refinement and capacity to set a mood could easily slot into the quality EC line of the early 1950s, although his figures are stiff in places. There’s a vibrancy and polish to the work of Alan Mandel and Maurer while Bob Wood has a demented quality, and his and Briefer’s more caricatured pieces provide some contrast.

These Crime Does Not Pay collections are books to dip into and savour rather than devour, as the premise is one of repetition. You got a lot of comics for your dime in the 1940s, but that meant knocking the stories out being the default state. A few stories at a time is kitsch fun, but any more is overdosing on their limitations.