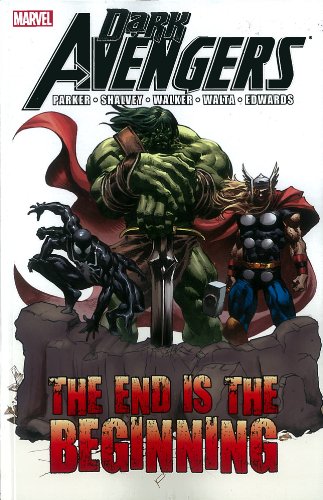 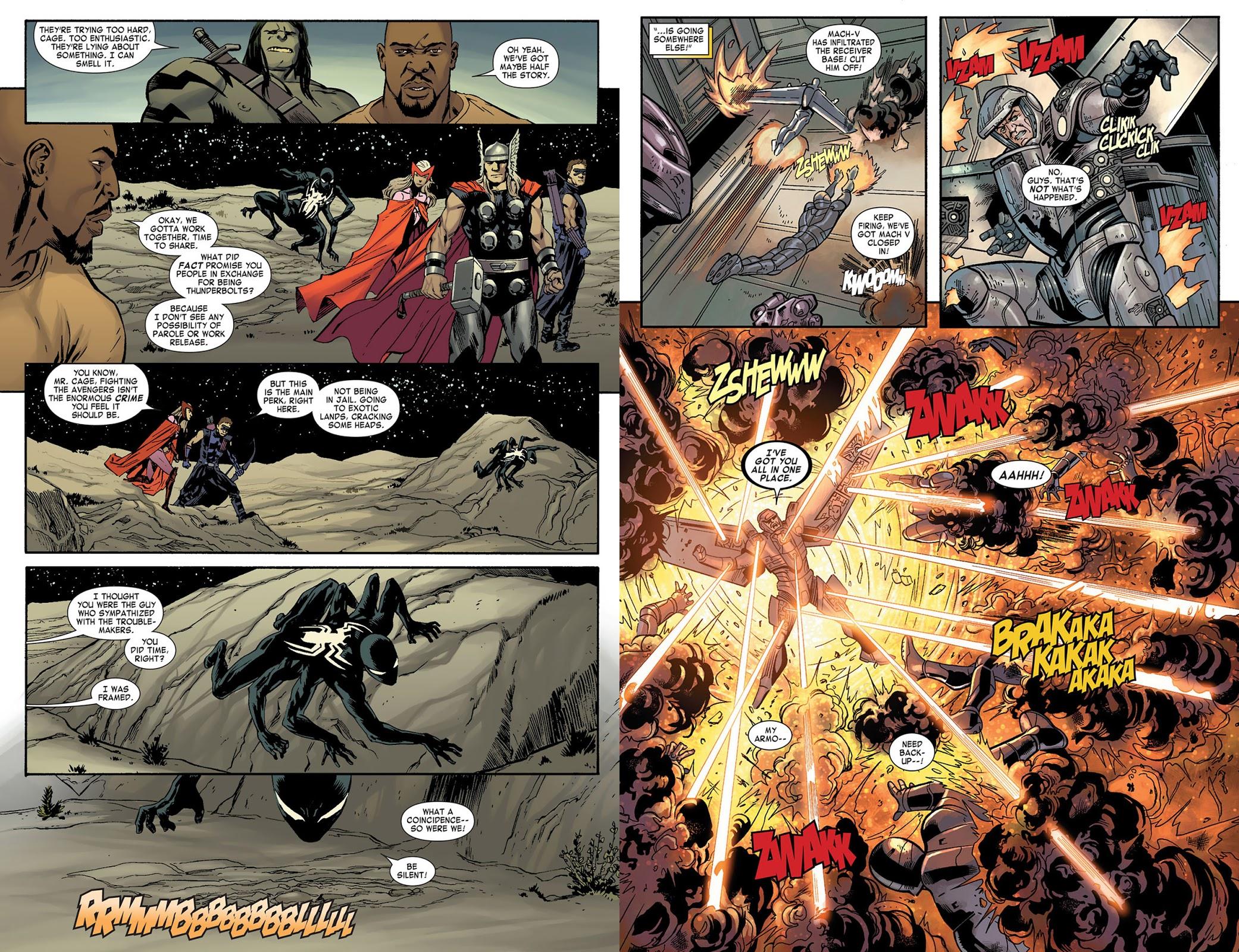 Although titled Dark Avengers, and theoretically a new run of that title including characters who’ve operated under that name, we’re actually also following the Thunderbolts, connecting with their travels back through time as last seen in Like Lightning.

This is a hefty nine chapter graphic novel beginning with Jeff Parker weaving two seemingly unconnected stories in and out of each other. As we start, the Thunderbolts’ continuing jaunt back through time has deposited them in the caveman era, while Luke Cage is a presented with a new team to lead, another set of Norman Osborn’s deceptions, a replica set of Avengers. Parker begins with the duplicate Avengers, and for a long while their predicament is nowhere near as interesting as the Thunderbolts still attempting to return to the 21st century. Parker populates this thread with fascinating people, including a form of cohesion for Man-Thing, but while adding another character then redundant at Marvel to Cage’s team, their problem never generates the same interest. Both plots gradually expand into new threads that connect, and Parker’s on form with these, one a homage to Judge Dredd, the other drawing to a close some suspicious activities in the present day.

Declan Shalvey (sample page left) and Kev Walker had both been excellent on the Thunderbolts title, and that continues over the first few episodes here, each picking up on one story thread. As the picture becomes more confused, Neil Edwards (sample page right) takes on the complete art chores, and he’s not as satisfying. He doesn’t have the same imagination as the other artists, nor that of Gabriel Hernandez Walta, who isn’t greatly suited either, but approximates what Shelvey was doing. Edwards just churns out one ordinary superhero page after another, which hurts overall, and as he continues the art becomes sloppier.

“Sometimes when you got no options just hold on”, is a mantra Luke Cage passed through the generations, continuing with “Hold on long enough and things will change”. That has a special relevance for one of the newly introduced cast members, and it being key to setting things right is a clever plot device. However, for all the neat small touches and the smart way everything eventually pulls together, The End is the Beginning is rambling, too many characters are eventually lost in the shuffle, and the art makes the final chapters messy and crowded instead of thrilling. An epilogue chapter clears the current batch of Thunderbolts away, enabling new introductions for Masters of Evil, but that’s too saccharine.