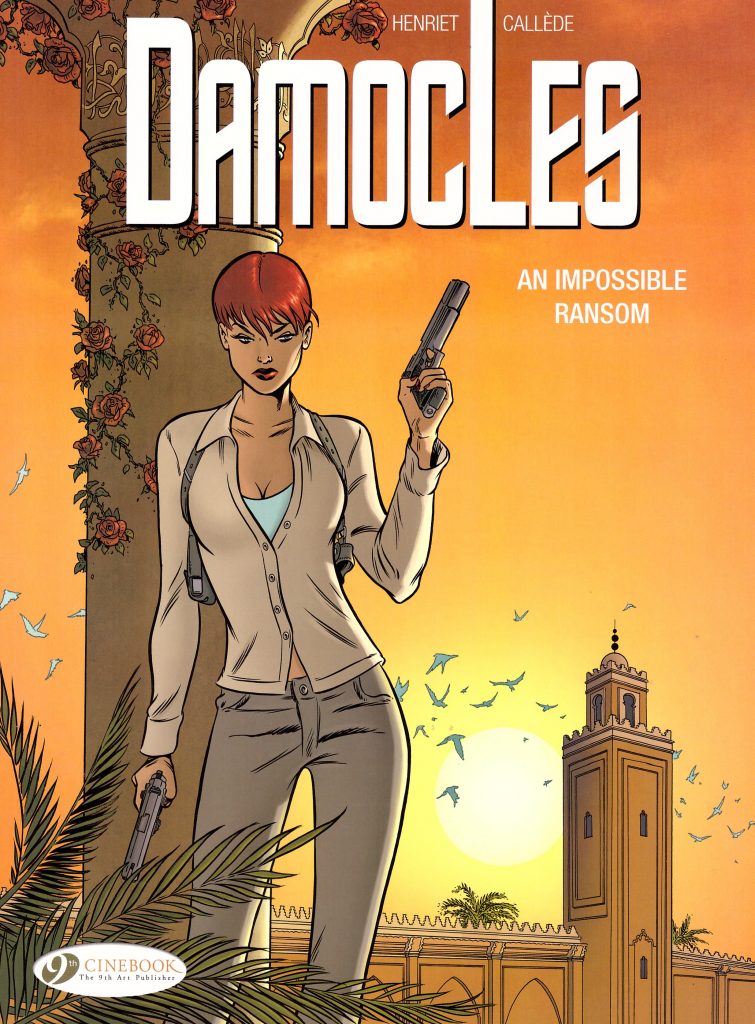 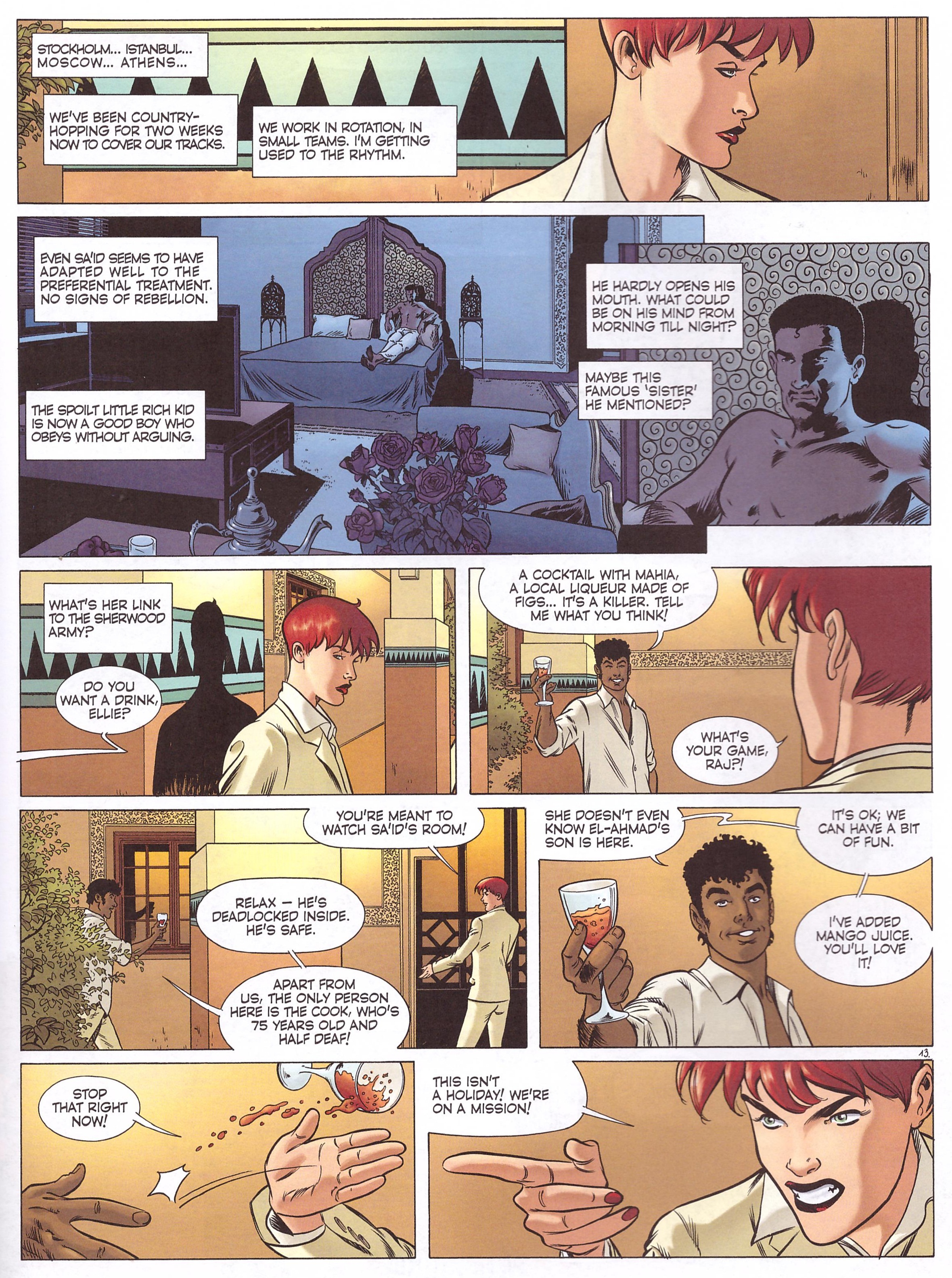 Damocles is a personal protection agency with an elite clientele. As seen in the opening portion of this two part thriller, their well trained agents alternate long periods of boredom with brief interludes of life-threatening action in which they earn their salaries. We’ve been introduced to four agents in Bodyguards, the lead being taken by Ellie Braxton, and their task being to protect the dissolute son of one of the agency’s major financiers. We know Hassan El-ahmad has a secret or two, yet it’s also his injectable formula that ensures Damocles agents operate at near peak physical perfection.

Joël Callède falls a little short when it comes to convincing character development, but there are no such problems with his tightly conceived plots. Every time he introduces a solution, it’s not long before he’s also introduced a method of undermining it, swinging the balance back in the other direction. It ensures the pages turn rapidly as intended, and it ensures that’s the case right to the end of the book, where one final twist awaits. Ellie is the series protagonist, and Callède develops her well as a capable person who tries to cover every eventuality and takes her job seriously. In contrast, however, attempts to characterise the other agents aren’t as refined. Raj gets half a page to say his piece before shuffling back into anonymity, and Sean’s supposed passion sees a rapid reversal. Reading between the lines, it’s via an incident that presumably clarifies what really matters to him, but it’s never spelled out, and it’s clumsy.

Still, the plots would sustain Damocles alone, but the art shifts it to another level. Alain Henriet’s pages are clear, precise and detailed. In aesthetic terms he works very much in the ligne clair style popularised by Tintin books, largely ignoring light and shade, but obviously using a figurative variation of that style suited to the series, rather than cartooning. His pages are research intensive as well. The Damocles operatives move in a wealthy environment, and Henriet supplies the clothes, cars and trappings the rich possess, and the locations they occupy.

If Callède can improve on defining the personalities Damocles could be one hell of a series. As it is, it’s already very good. A second story kicks off in Perfect Child.