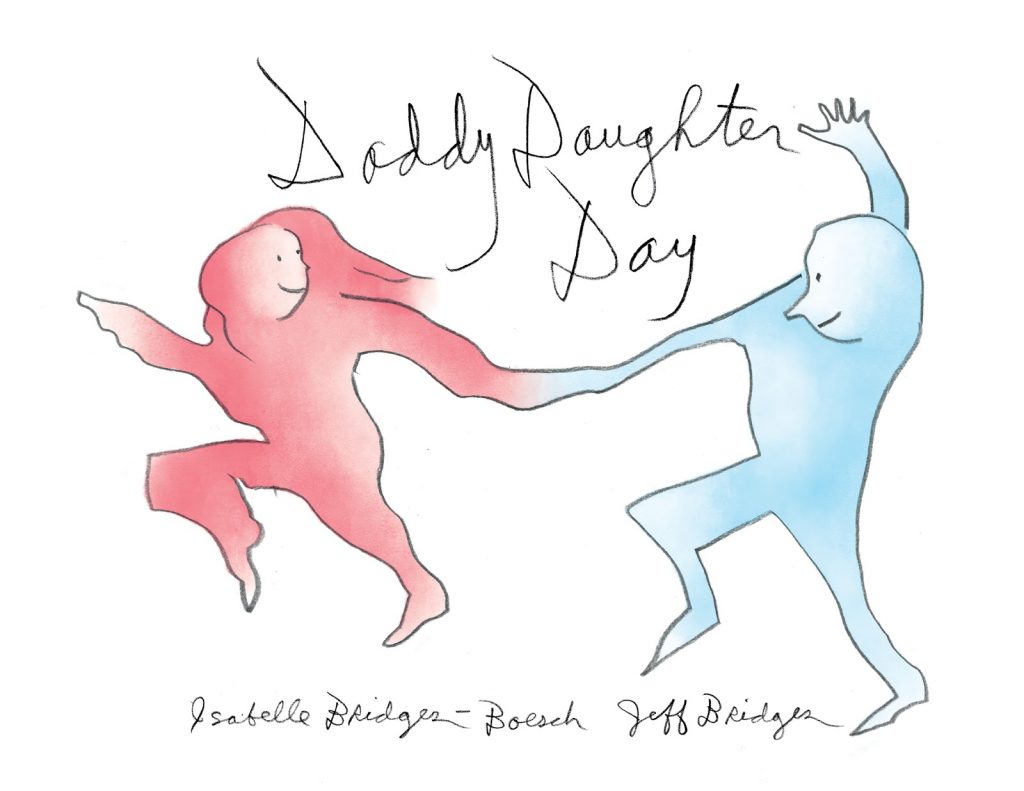 To the world Jeff Bridges is an actor who’s starred in numerous fine films, his legacy likely to be his role as The Dude in The Big Lebowski, but as he notes in his end of book biography, to a more important bunch of people he’s just Daddy. That’s the starting point for Daddy Daughter Day. It’s largely irrelevant whether the father and daughter experience related is that of Bridges and his own daughter when a young child, or completely made up by the now adult Isabel Bridges-Boesch. It’s a charming idea beginning with a young girl bursting into her father’s bedroom and announcing it’s a special holiday: Daddy Daughter Day. The remainder of the story is the Daddy picking up on the idea, compliant as he follows his daughter’s instructions for the remainder of the day. Those result in some embarrassments, but what price are they compared with the magical bonding memories of the day?

Bridges illustrates the book himself, in a very basic form of Jules Feiffer’s loose cartooning, and that’s the rock and the hard place aspect. Without his name attached, no publisher would accept art of this quality, yet while a proper artist would produce a better looking story, they wouldn’t attract the publicity, and generate the sales that Bridges can. Plus, a big point is that collaborating with his daughter is a form of Daddy Daughter Day in itself.

This is a story for young children, and they’re unlikely to notice the artistic shortcomings and they are likely to be carried away with the idea. If it institutes Daddy Daughter Day across the families of readers it’s worth any price. 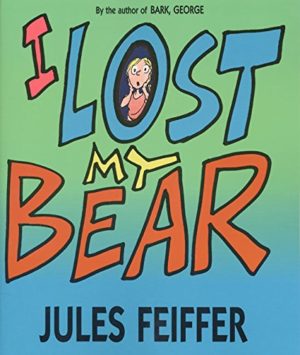 I Lost My Bear

I Lost My Bear