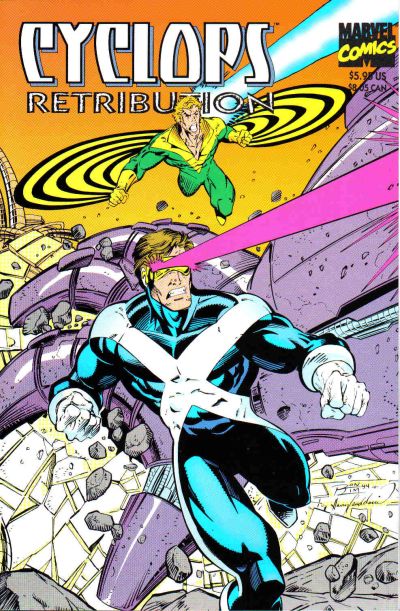 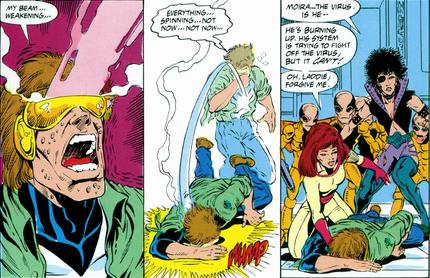 Do you love every TV show you watch? Do you carry on with series, soaps and serials long after they’ve started to pall? Most of us do, especially in comics. Time invested in favourite characters and scenarios is non-returnable and any relationships you’ve developed with even fictional persons and places are terribly hard to abandon. And in comics there’s always the possibility that a mediocre or sub-par tale will one day be pivotal to something brilliant that you will adore and appreciate. So your continued consumption perforce becomes an investment in good times to come.

Which isn’t to say that this solo adventure of founding X-Man Cyclops is utterly dire; merely that it’s just an average mutant superhero yarn, adequately produced for the dedicated consumer. This fillip for the faithful is no breakthrough phenomenon to convert the unread masses or summon home all those wayward apostates who have stopped collecting funny-books.

This slim volume sees the leader of X-Factor as he then was, visiting the Scottish island where Moira MacTaggart runs a medical research facility for mutants, only to discover that the somnambulistic medic has been creating bio-weapons at the hypnotic behest of seemingly indestructible machine menace the Master Mold.

An amalgam of human xenophobe Scott Lang and a super-Sentinel, the robotic terror has plans to eradicate mutant-kind entirely, but may have overplayed his hand by extracting his conscience and giving it a body of its own. Cue, confrontation, conflagration and a dose of post-conflict angst and recrimination.

This has an intriguing concept from scripter Bob Harras, but the execution doesn’t match it, despite enthusiastic pencil art by Ron Lim and Jeff Albrecht.