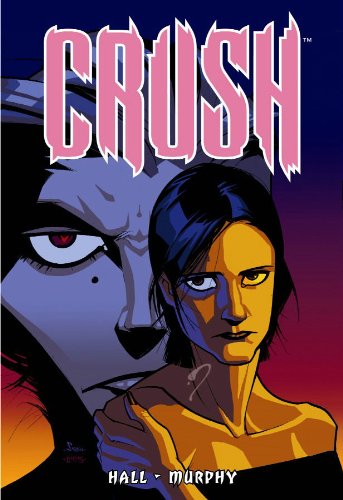 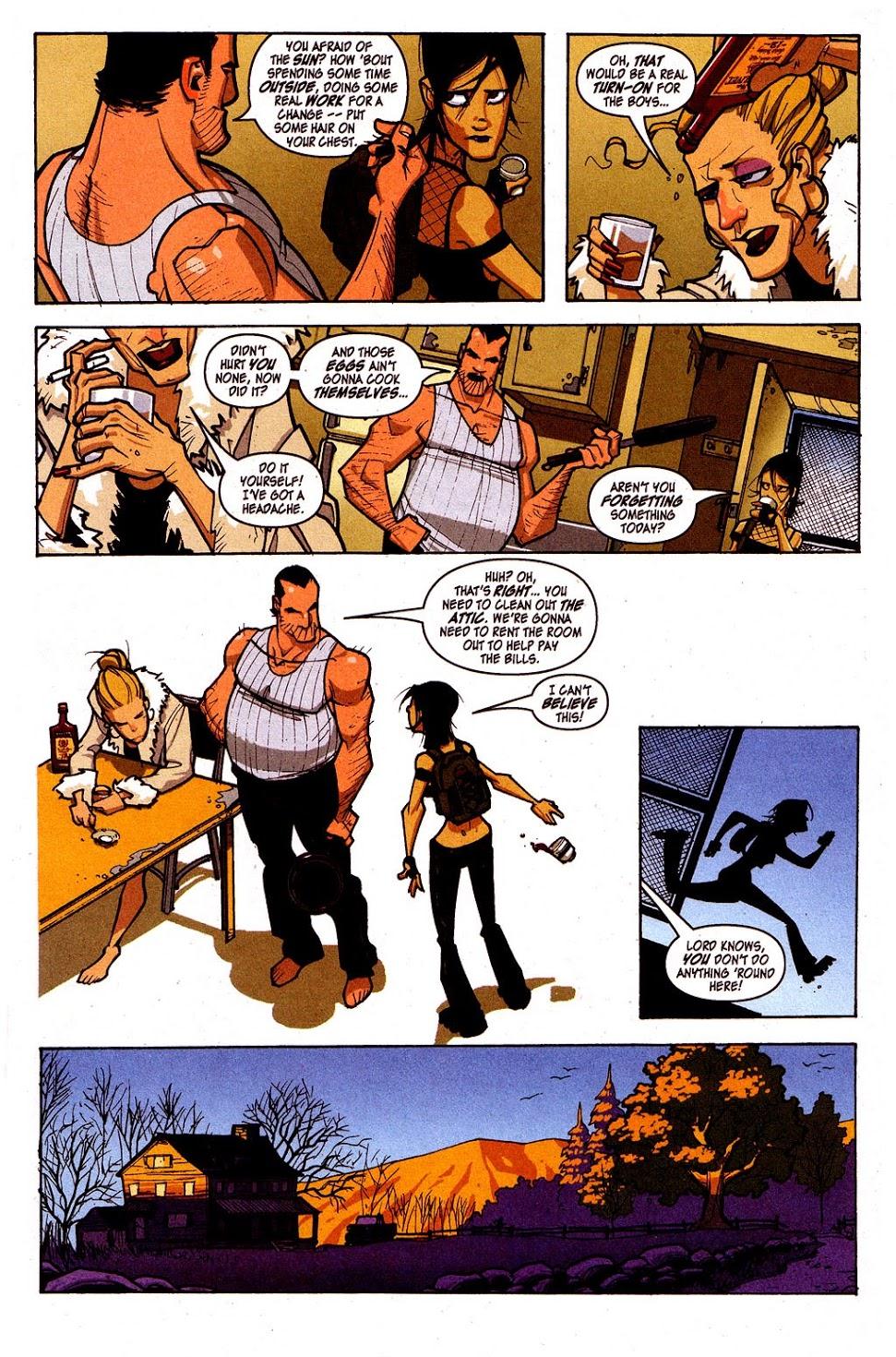 The neat conceit of Crush is that everyone has a monster inside them, it’s just that Liz can let it loose. Liz has always felt out of place, tormented at high school, saddled with drunken redneck parents, and with a distinctive birthmark on her neck that causes comment. On her eighteenth birthday, however, she’s given a book of spells, and combined with other events it provides the means to fight back.

All these years on, the major surprise is Sean Murphy’s art. It’s accomplished, with a good sense how to lay out a story and a page, but the style is completely different from what he later developed, nearer to cartooning than the look he’s known for. An occasional quirk, such as definition lines on a face drop clues, but were his name not appended it would take an artistic expert to attribute the pages to Murphy. His women are only really differentiated by hairstyles, but Murphy creates a distinctive visual personality for everyone else, and he also defines the generic nature of small towns.

Jason Hall’s influences are more obvious, indeed there’s a brief nod to one when a character is named Bixby, after the actor who played Bruce Banner in the 1970s Hulk TV series. What’s let loose is Liz’s innate ability to transform into a savage monster who can throw motorcycles over power lines without a second thought, so dealing with even brutal humans isn’t any great problem, and they’re going to come off significantly worse. All it takes is a drop of spilled blood. Once that’s established Hall swerves into the backstory, including people who’ve always known what Liz could become and the possibility of others like her.

Hall was setting things up for the long run, but four chapters was all Crush got, which is our loss as there was potential for more. Hall throws in several neat ideas along the way, establishes a believable relationship between Liz, her best friend Jen, and Jen’s brother Carl, and intrigues with the matters that haven’t been dealt with by the end. All these years later, it’s still fun.