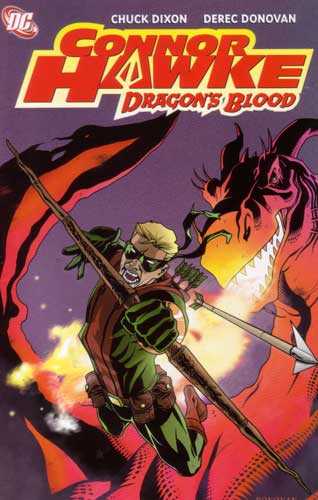 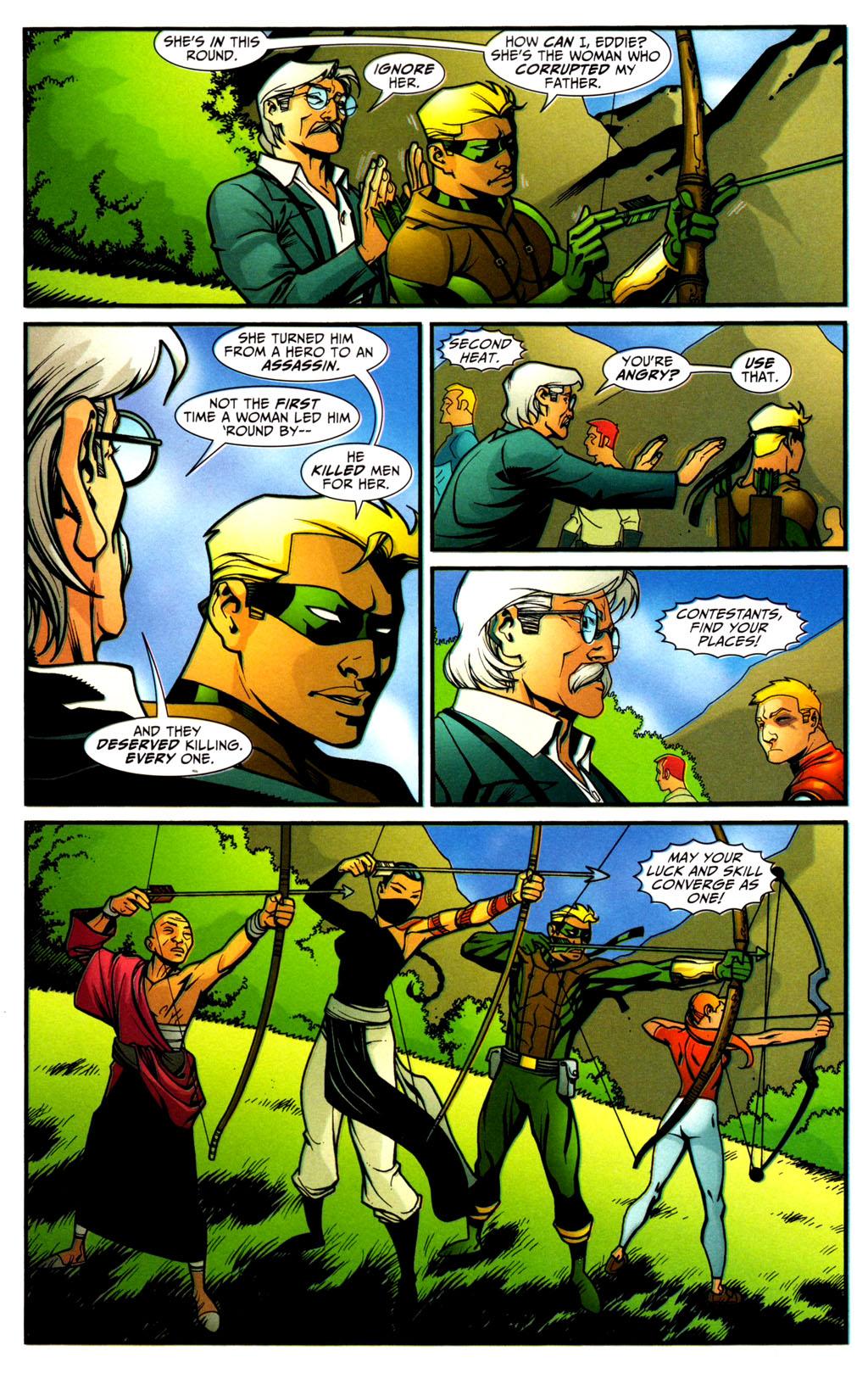 For a brief period in the 1990s when DC were in the process of discarding their past wholesale, Connor Hawke was Green Arrow. When common sense prevailed and Oliver Queen returned, Connor was left hanging, redundant as Green Arrow, yet barely marketable under his own name. Dragon’s Blood changed nothing.

Much of Chuck Dixon’s opening content will mean little to anyone who’s not followed Connor’s career. It comes across that he’s in a monastery sulking because he’s only the world’s second best archer, his father Green Arrow being the best. Accompanied by mercenary fighter Eddie Fyers, he cheers up when invited to participate in an archery tournament organised by a Chinese corporation to commemorate an ancient legend of a dragon being killed. We see the other contestants also being invited,  the most prominent among them being Shado, whom he resents for what he considers  her malign influence on his father. It never convinces, even discounting what later occurs.

For what’s supposed to be a bunch of characters who’re extraordinarily skilled with a bow and arrow rather than superheroes, there’s a real issue with credibility throughout. Not only can Connor shoot a mean arrow, he can catch one by the stem mid-flight and throw it with enough force and accuracy to piece someone’s hand. Derec Donovan’s art feeds into this. It’s presumed he’s researched his arrow propelling methods, but archers holding their bows too high to look along the arrow to sight it is very odd to the uninitiated, and surely required some explanation. Otherwise Donovan’s up to the task of an action-oriented strip, varying his layouts, and he deserves some credit for ensuring Connor looks half-Korean throughout, a genealogy that often escaped previous artists who handled the character.

Qualms about consistency being sacrificed for spectacle apart, when it comes to the action elements of the plot Dixon’s good, setting up mystery and visual thrills, but his characterisation is exceptionally unconvincing. There’s never a point when Connor has any credible and consistent depth, his moods being whatever the plot requires. Part of the purpose  is to chart Connor’s growth from the starting point into what he must become, yet that fails as Dixon renders him in caricature to begin with. It applies to several other cast members also. We’re meant to snigger along with Fyers, who comes across as sleazy, with his comic lines missing the mark. Beyond that there are some bizarre logical extrapolations. When another character is attacked as they talk to the whiny Connor it’s apparently down to death surrounding him.

Anyone wanting their graphic novel action thrills featuring a bow and arrow should take a look at the better Green Arrow and Hawkeye trades instead.