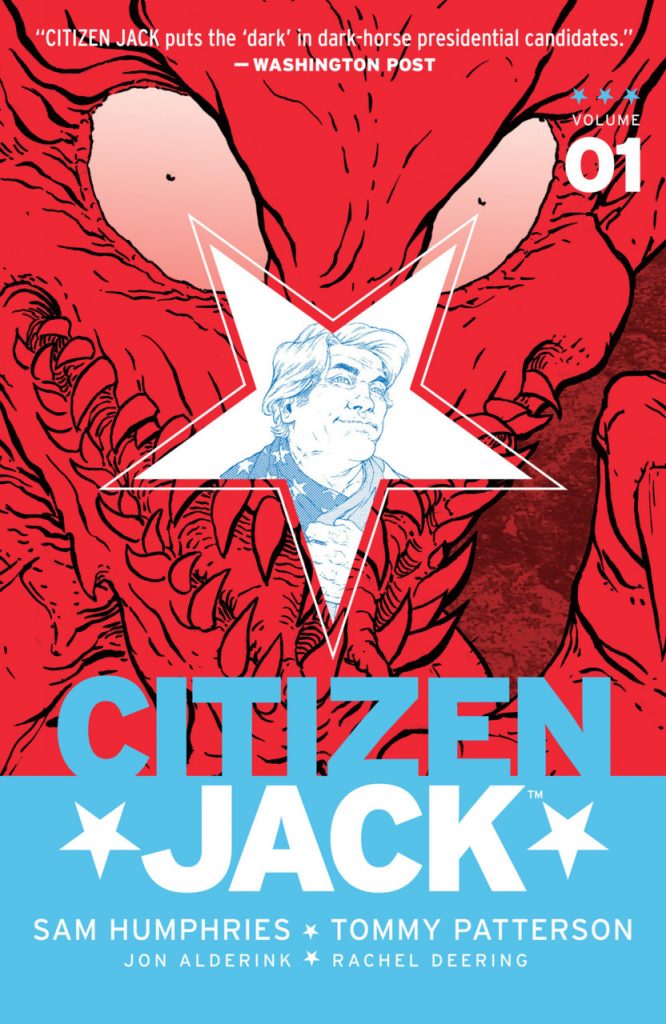 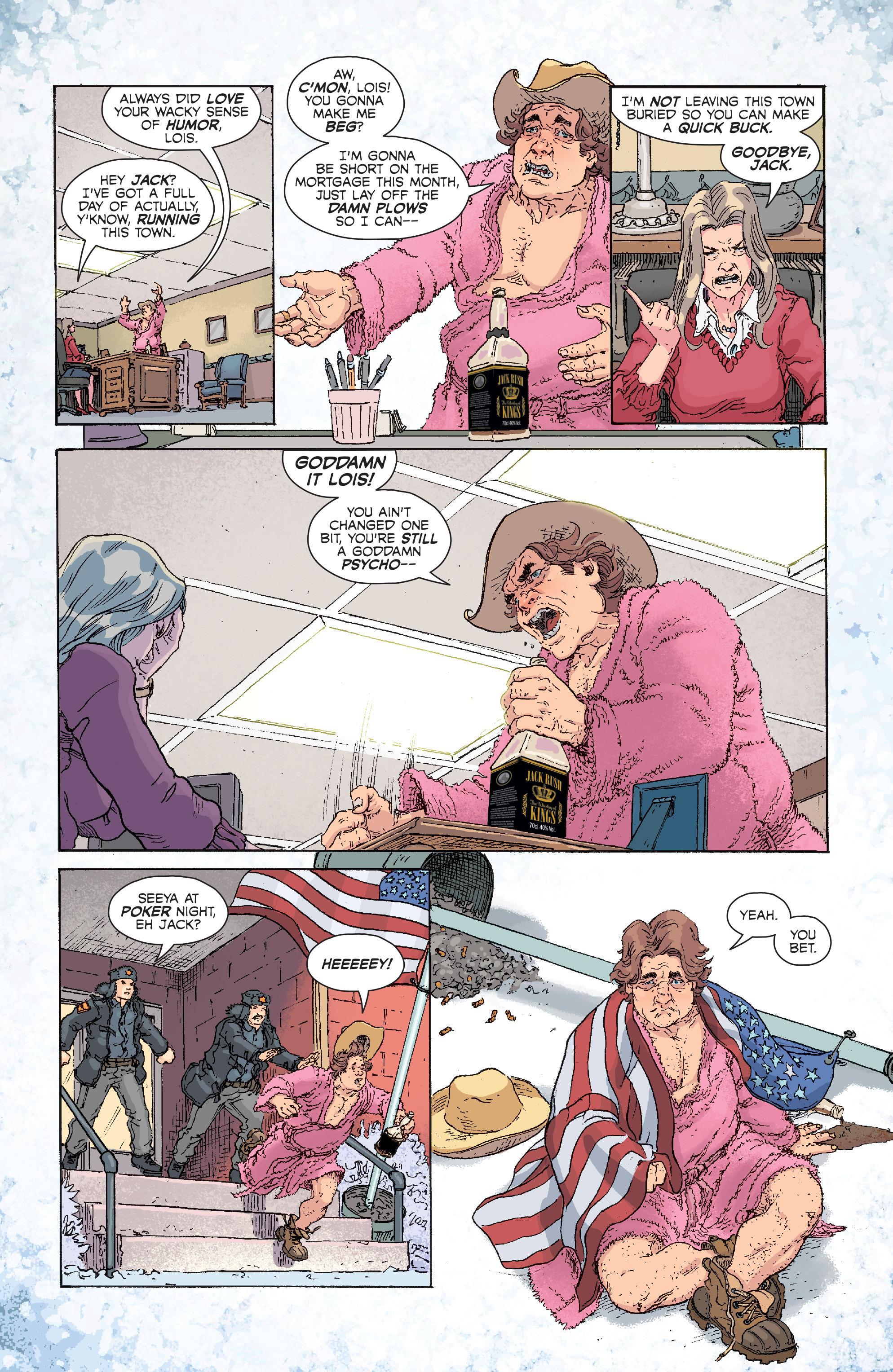 “Okay. He’s ignorant. Almost proudly so. Nearly every major issue is beyond his grasp. He has poor impulse control… no filter. He’s doing this for all the wrong reasons… too much to prove. And his background check is a minefield”. With the USA completely polarised politically, has there ever been a better time to present a graphic novel about an idiot running for US President?

Jack Northworthy wanted to be a pro hockey player, but that didn’t work out, so instead he became an arsehole, although made it to Mayor of a small Minnesota town before he was barred for corruption. Tommy Patterson’s visual construction memorably signifies Jack’s origins in a place where people decided on their fashion in 1986 and stuck to it. He slouches around town in underwear, boots and pink bathrobe, promoting his snow plough business, permanently swigging from a bottle of Jack. He does have something going for him, however, the sponsorship of a demon named Marlinspike whose promise is that Jack will become President.

You don’t need to be a Washington insider to figure out what and who Sam Humphries is satirising. Some similar efforts have taken the shooting fish in a barrel approach, but Humphries has constructed a complete, if hardly sympathetic, character with background and depth. Not much depth, but it’s there. And just like in the real world there’s a lot of people who love a shameless huckster. However, the comedy doesn’t just derive from Jack’s outrageous antics. Humphries deals with the minimal media attention to reality if there’s a pratfall they can screen instead, and has a sideline about the dirty aspects of party politics.

Patterson is also very accomplished. For reasons best left undisclosed, Citizen Jack needs an artist who’s at home drawing day to life in Minnesota and something several realms away from rural mundanity, and Patterson is that artist and more. He’s great with ordinary people in their environment and great with the chilling otherworldly.

Everything is set up well, and you’ll chuckle along for a couple of chapters as Jack steps in one turd after another, but then Citizen Jack runs out of steam. Jack’s the sad sack who’s being manipulated, and the jokes diminish as the plot moves forward and Humphries attempts to transform our opinion of Jack by detailing the circumstances that made the man, simultaneously beefing up Marlinspike’s involvement. We transition from shock and awe Jack to pitiful Jack, and while the parallels may be accurate, the story becomes formulaic. Humphries clearly has a low opinion of the people who serve the nation, and those behind the scenes who gamble with candidates, and conveys that, but given the ending it’s difficult to see where a series now on hiatus could have gone without shifting gears again.