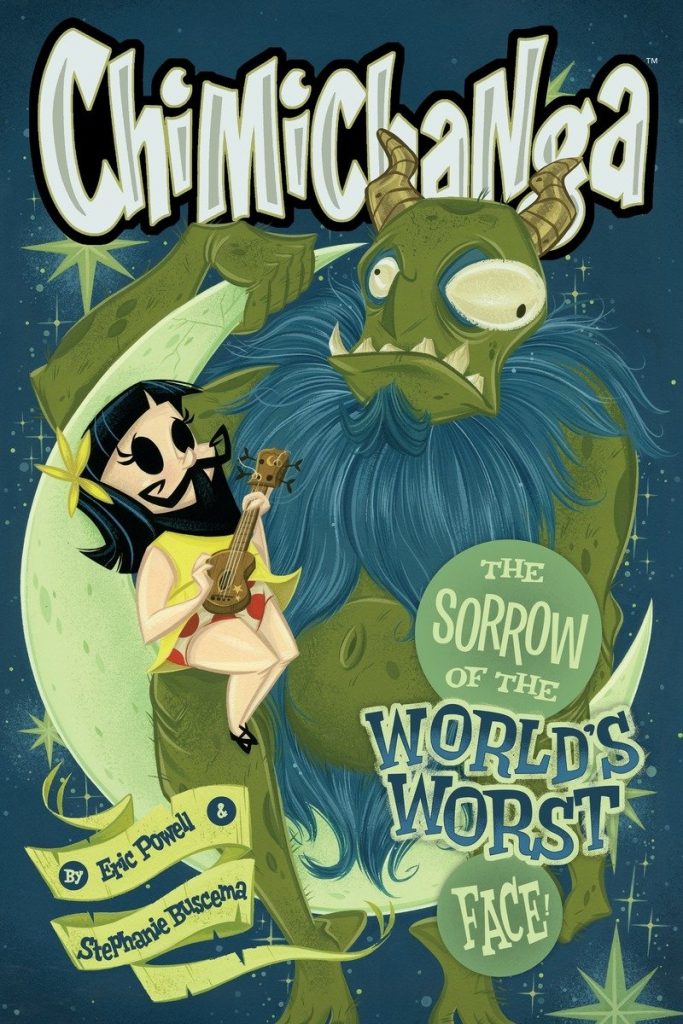 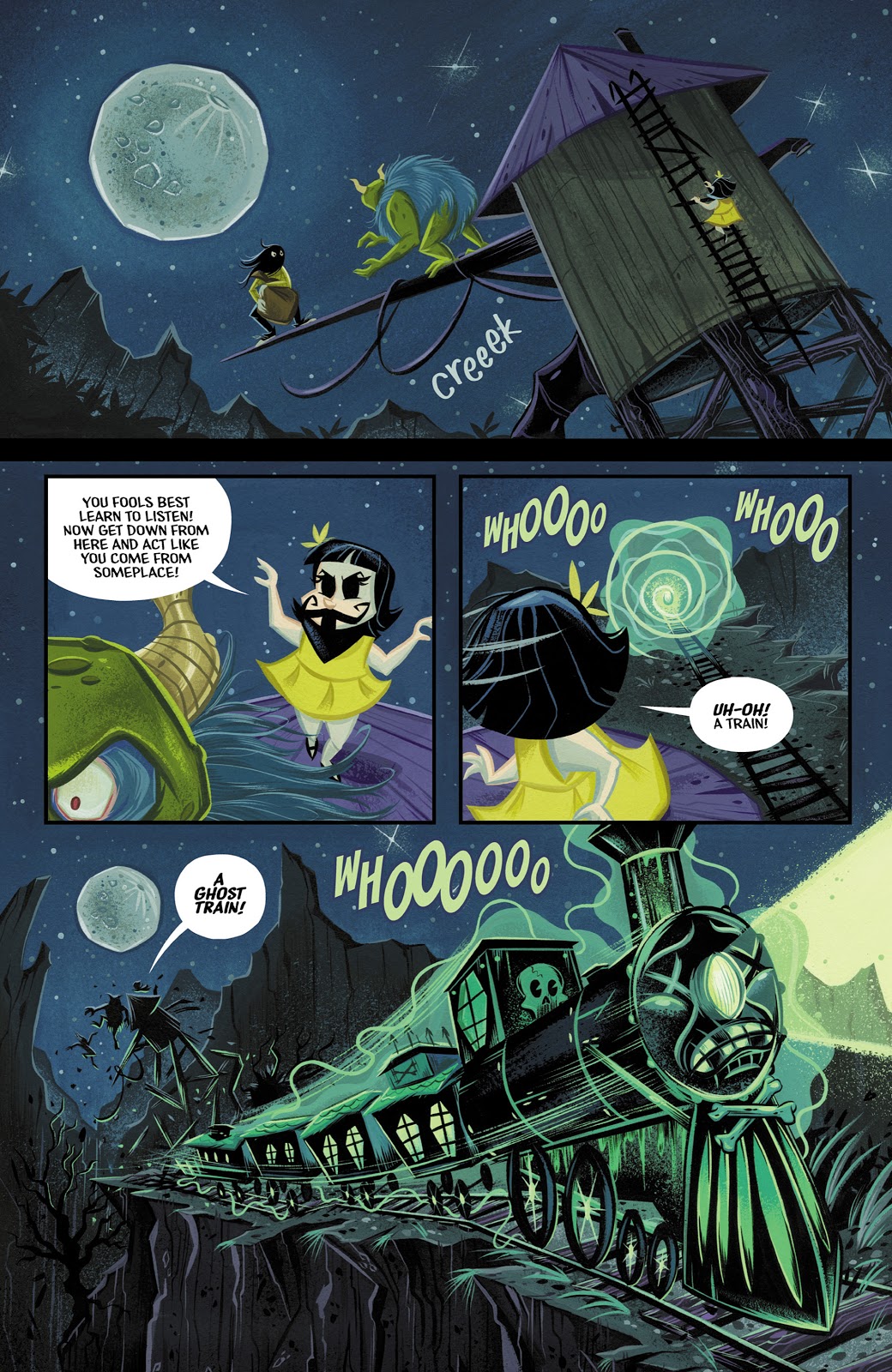 A second helping of Chimichanga sees Eric Powell writing another engaging fable, but this time produced in colour with the art left to Stephanie Buscema. She’s an inspired choice given her own illustrations also delve deeply into the worlds of spookiness and circus sideshows, often allied. She also helps remove Chimichanga from the idea of being a Little Lulu pastiche, not only adding a little to the previously black oval eyes, but bringing a fully rounded illustrative form of cartooning.

This time round Lula’s kindness to the unfortunate bearer of the world’s worst face is repaid with treachery, and it leaves Chimichanga angry and seeking revenge. Before that happens we’ve seen Powell at his inventive best with Lula having to clear out her pet monster’s stomach, continuing the theme of off-colour moments with a good view of the contents. Otherwise Powell tailors his story to Buscema’s strengths, upping the ghostly content as Lula and Chimichanga have to contend with the Circus of the Lost. Lula asks why anyone would want to visit, and is proved right with series of character testing encounters.

These reinforce Lula’s inner confidence, being at home with her excess facial hair, and Powell also has her give a speech about people having to take responsibility. It’s unintentional, but it’s easy to see comparisons between characters crying for the head of the boy with the world’s worst face and the self-entitled thugs who stormed the Capitol in 2020, those also whipped up by a demagogue. Mobs are mobs, no matter their particular purpose. At heart, though, this is an all-ages fairy tale, possibly a little too scary for the absolute youngest, and as such it’s fun. The downsides are a tease maintained all the way through without a pay-off, and Chimichanga being relegated to a minor character, often unseen for many pages at a time. Otherwise, anyone who enjoyed the first outing should also enjoy this. 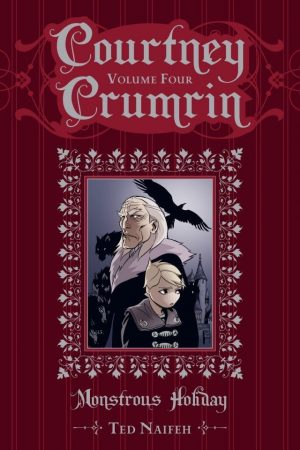