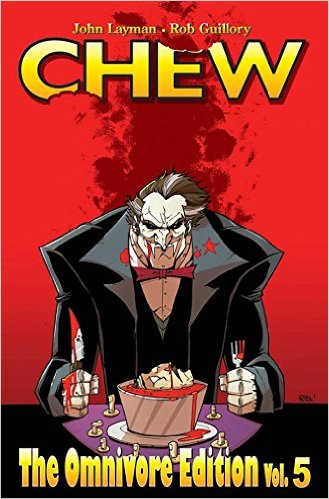 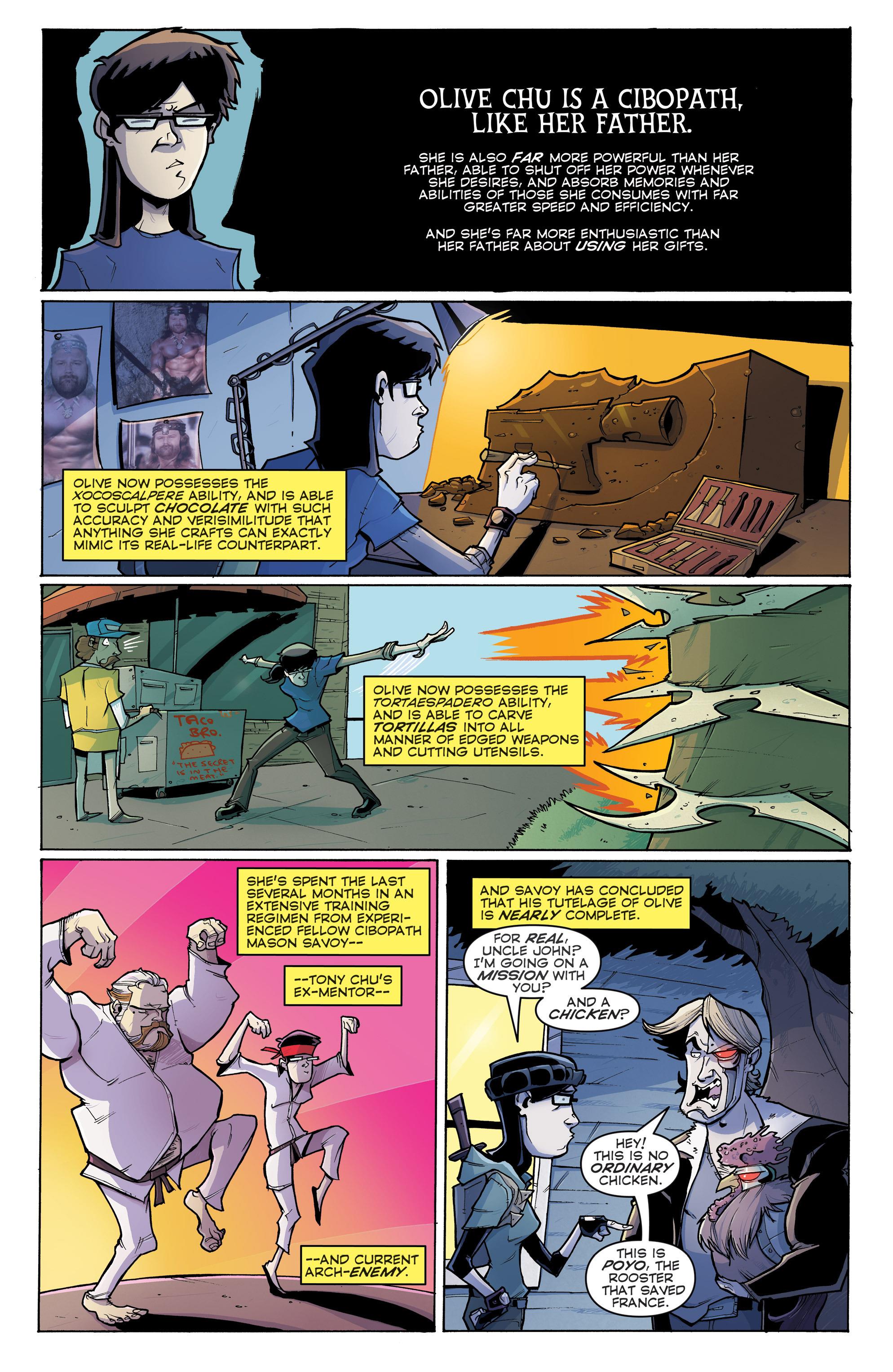 Tony Chu absorbs information from whatever organic material he eats, a talent known as cibopathy. He’s not alone in having food-related abilities, but is one of the few possessing them gradually becoming aware that there’s a connection between assorted Fortean events that have taken place. His position as an agent of the Food and Drugs Agency enables further investigation, and he currently has the cachet of being responsible for the biggest bust in the FDA’s recent history.

Time, then, to take stock about what’s really important, which is why we open in Las Vegas where Chu and Amelia Mintz have just been married. At the Hunka Hunka Burnin’ Love Chapel + Cafe to be precise, and we’re all retroactively invited. It’s not what he or we expected when Tony said “I guess I can relax a bit, maybe concentrate on trying to be happy for a change”. It cuts to the essence of his character. Tony remains rather glum, but that’s the point. He’s the contrast, the straight face, the Buster Keaton around whom the laugh out loud lunacy occurs.

Most of the remaining cast probably consider themselves perfectly sane also, but you’ve just got to take a look at the contrasting manner in which Rob Guillory depicts them. These include the overweight martial artist, a man with half a computer brain, a lethal rooster, Satan and a guy rejoicing in his pimping the 1970s appearance. Elsewhere there are the scenes we’ve now come to expect: the jaw-dropping and stomach-turning bed scene, the brilliantly indulgent rooster film poster and the concise single page introduction to a character (used as the sample images when reviewing this series). Each resulting variation tops the last.

We’re again reminded that writer John Layman never introduces a character for the short term as several return unexpectedly, death proving no impediment. Layman’s been dropping hints that not every cast member will survive to Chew‘s planned finale, and we lose a few in these pages. There’s a deep emotional resonance despite them being fundamentally ridiculous, which indicates the strength of the writing overall.

The material here was previously available in paperback as Chicken Tenders and Blood Puddin‘. In both the primary source of problems is a character who’s been collecting the food related powers of others. Tony, now forearmed with foreknowledge, is aware of how some matters will play out, and with only the single Omnivore Edition remaining the assorted plots are beginning to coalesce, no matter how unlikely that may seem.