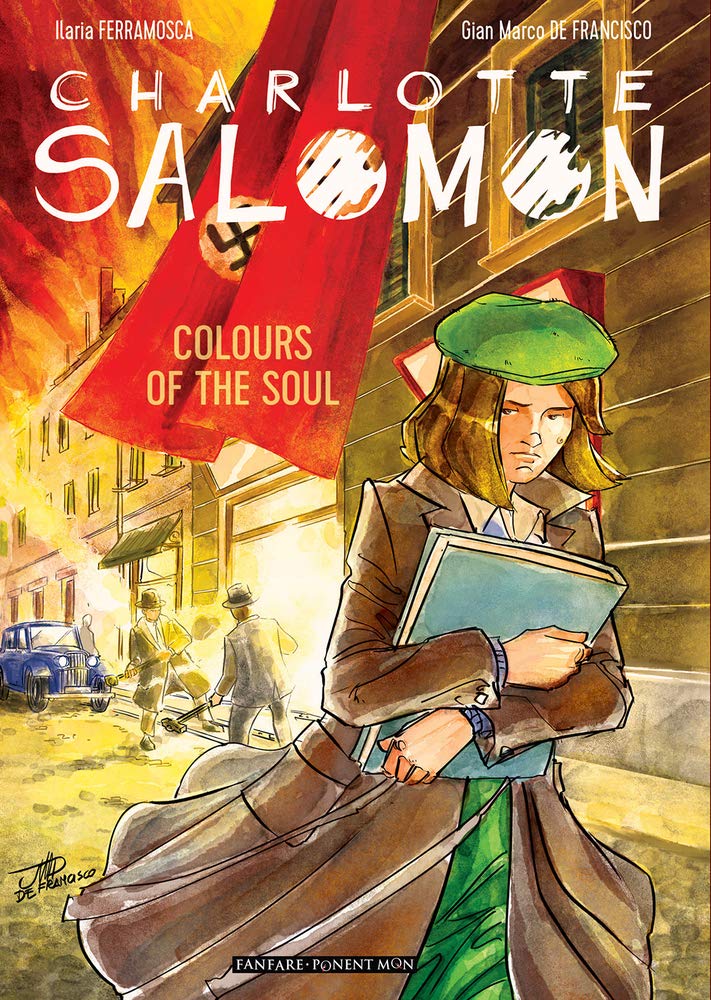 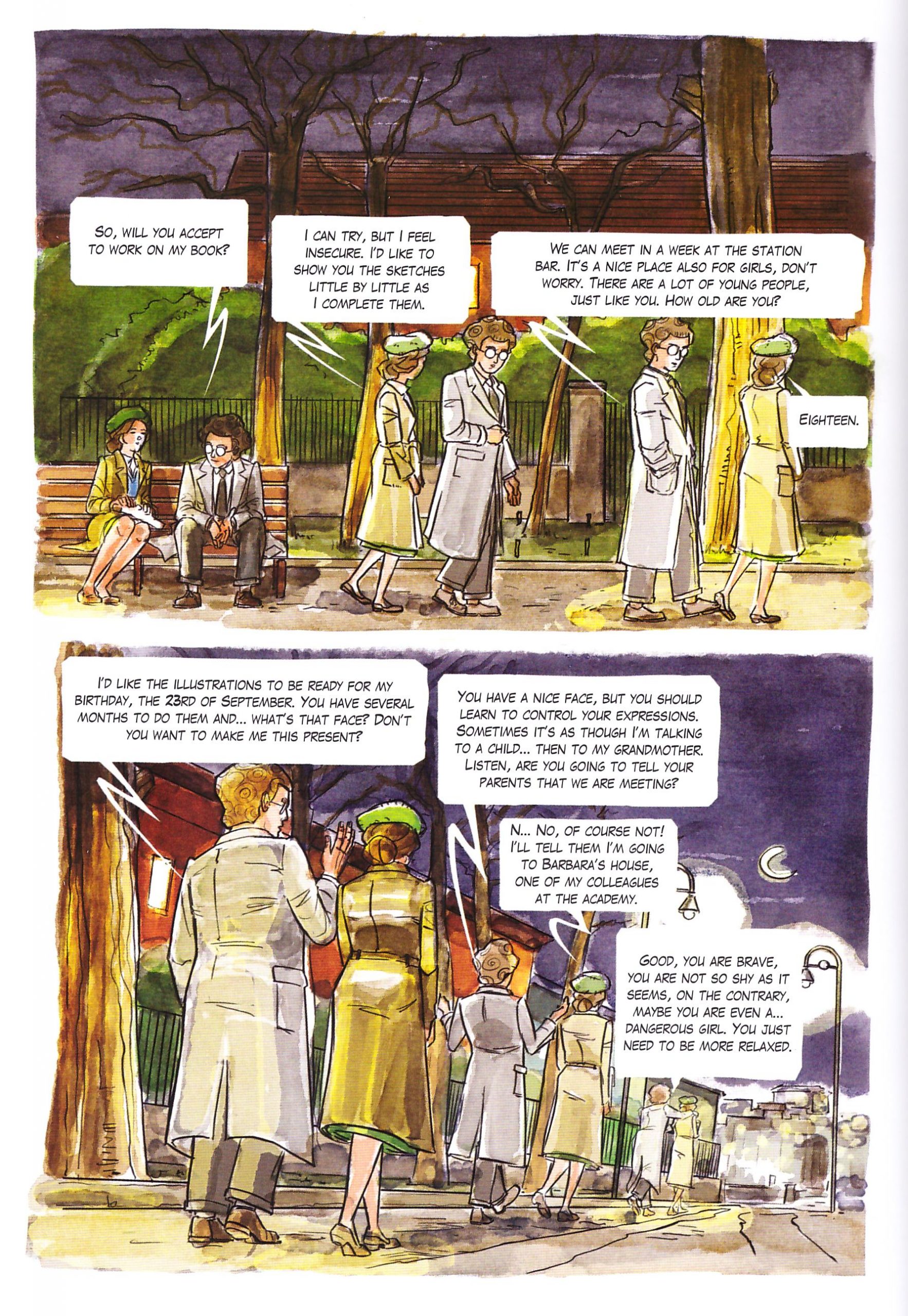 Charlotte Salomon isn’t an artist whose work has percolated into the wider public consciousness, but in the art world she’s known for a series of of 769 gouache illustrations in red, blue and yellow collectively titled Life? Or Theatre? The defining moments of her life are identified in Colours of the Soul, beginning before her birth and the suggestion she’s named after her mother’s dead sister. Writer Ilaria Ferramosca handles this sympathetically, enabling readers to join the dots about depression in the family lineage, a condition inherited by Charlotte.

As time passes, outside individual families, knowledge of the Holocaust in which millions were murdered during World War II has increasingly come to be personified by Anne Frank, so any work spotlighting others lost is welcome. However, for all the good intentions Colours of the Soul is a fatally compromised graphic novel. Noemi Milanesio’s translation is lumpen and literal with no ear for the way people speak, and the resulting clumsy dialogue as exemplified on the sample page constantly distracts. Difficulties with the writing, though, aren’t entirely down to Milanesio’s translation. Ferramosca presumes knowledge on the part of readers, not least of Salomon, whose life she’s supposed to be supplying. At its simplest this is several German song lyrics with no translation, yet chosen because they reflect what’s happening in Charlotte’s life, but the lack of clarity extends to other matters such as the passage of time, where clumsy jumps cover undetermined periods. To a lesser extent, artist Gian Marco de Francisco also contributes to the confusion. When she’s younger Charlotte’s father talks to a governess who’s resigning, but why would this conversation take place in a classroom rather than their home?

Otherwise de Francisco has an interesting style with very individual quirks, such as drawing Charlotte with a little swirl on each cheek. He’s very fond of using the De Luca Effect, several images of a person or people within the same illustration to indicate movement. In places this may be symbolic, representing Charlotte’s progress, but the consistent use indicates it’s more likely just a technique de Francisco is fond of. His watercolour locations are nicely composed, and he’s capable of an evocative image, but moments needing sensitivity are really poorly realised. The tragedy of Charlotte’s grandmother’s suicide looks more like Superman leaping out of a window.

Charlotte’s life forms most what should have been an absorbing and tragic biography, yet the work for which she’s remembered is barely mentioned. It’s only in Ferramosca’s text biography, for two pages just repeating what we’ve read in comics form, that we discover Salomon’s work is about her own life and experiences, many presumably incorporated in Colours of the Soul. It explains how Salomon recast her life as a play, which might account for the graphic novel’s staged moments. That article also supplies the closure required for other characters, which would have been better supplied as part of the story, where they just disappear from view.

An important subject and fascinatingly tragic story is transformed into a vastly missed opportunity by Ferramosca, de Francisco and especially Milanesio. It’s a great shame.